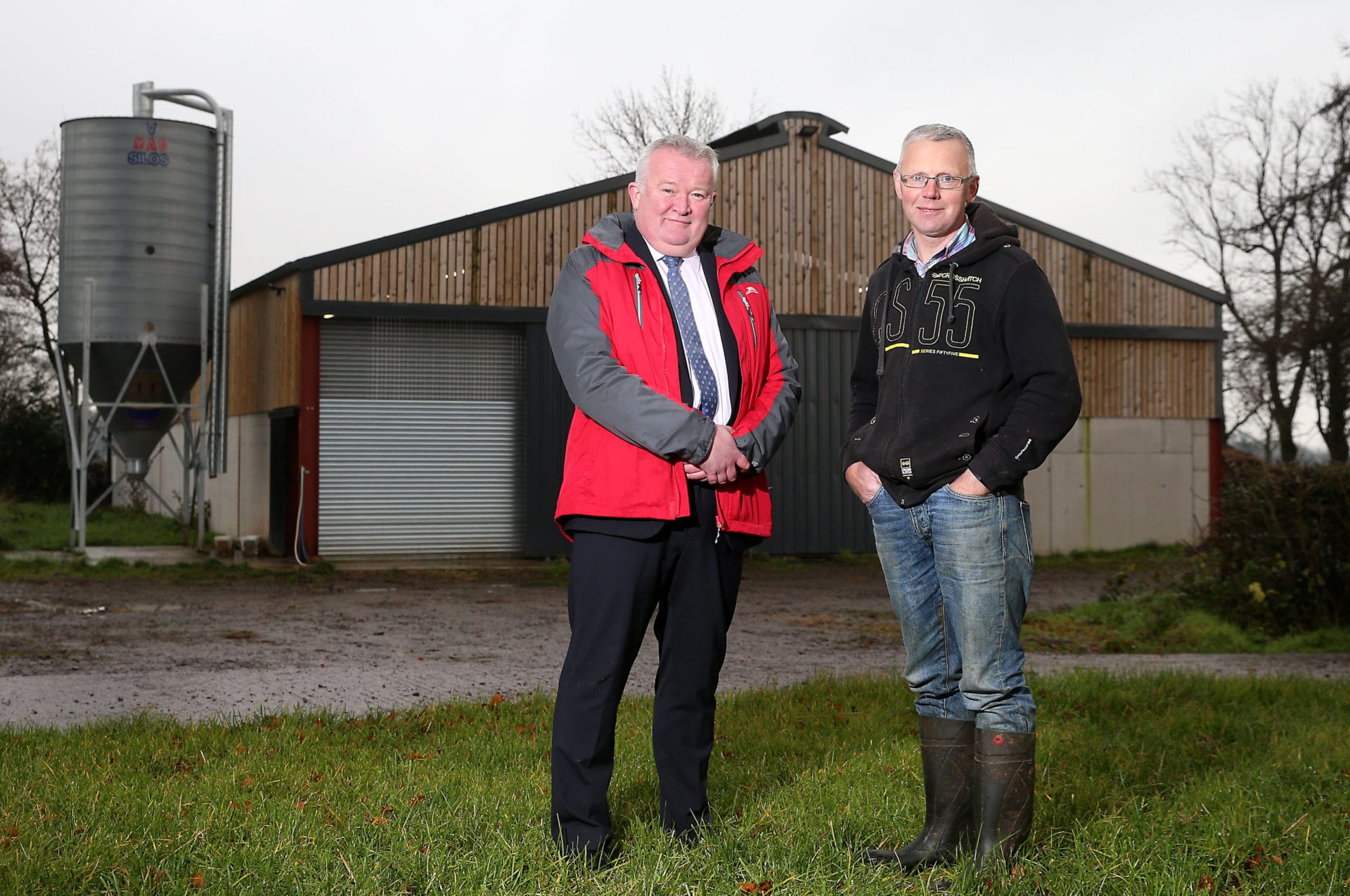 Lisnavoe Farm, based near the village of Rosslea, has been in business for over 65 years. John Egerton, who owns the 74-hectare farm, is supported by his wife and three sons William, Samuel and Robert.

To ensure Lisnavoe Farm is a sustainable and profitable farming business for his three sons to eventually inherit, John, with the support of Ulster Bank, has invested in the development of a new, standalone calf rearing house to diversify his business interests and generate additional income.

John runs a 90-cow sucker herd, breeding heifer replacements with the remainder progressing through to the finishing phase.

Similarly, with his flock of 150 ewes, John breeds and sells replacements with the rest finished on the farm.

Exploring opportunities to expand the business, John, a life-long Ulster Bank customer, invested in calf rearing with the bank’s backing and has secured a sought-after Blade Farming contract.

As part of the contract Lisnavoe Farm rears calves for 12 weeks and receives a management fee plus bonuses for rearing calves to the highest standards.

It is expected Lisnavoe Farm will rear 450 calves in its first year of the contract.

“In recent weeks we announced that we would be continuing our partnership with the Balmoral Show by extending our title sponsorship of the agricultural event into 2022 following a new three-year sponsorship deal.

“We’re committed to the local agri-food industry and to supporting producers and farmers such as John and Lisnavoe Farm,” he said.

“We’re very pleased to back the investment and enable Lisnavoe Farm to capitalise on new opportunities. John is an extremely driven businessman, committed to building solid foundations for the future of the business. The investment in the calf rearing shed, which paved the way for the securing of a much sought-after rearing contract, is one of many examples of how he has continually reinvested in the farm to diversify its interests.”

John said the investment and contract has resulted in a significant boost for the business. “Turnover at Lisnavoe Farm is substantially improved, and the model ensures a steady and stable income.”

He explained how the investment is part of plans to hand over the business to his sons.

“All three of my sons – William, Samuel and Robert – want to farm. It’s a family business I also inherited from my father. By introducing calf rearing, which is a completely new area for us, we’re setting out a plan for a farming business with three distinct areas of focus for each take responsibility of and develop further.”

Two of John’s sons work on the farm, one full-time and the other part-time. His third son is involved in farming in Scotland. He said, “We’re investing now to make the business sustainable for all three sons, and to bring them all back to the home farm full-time.”

In recent weeks, John won the prestigious Beef Innovator of the Year award at the 2019 British Farming Awards.