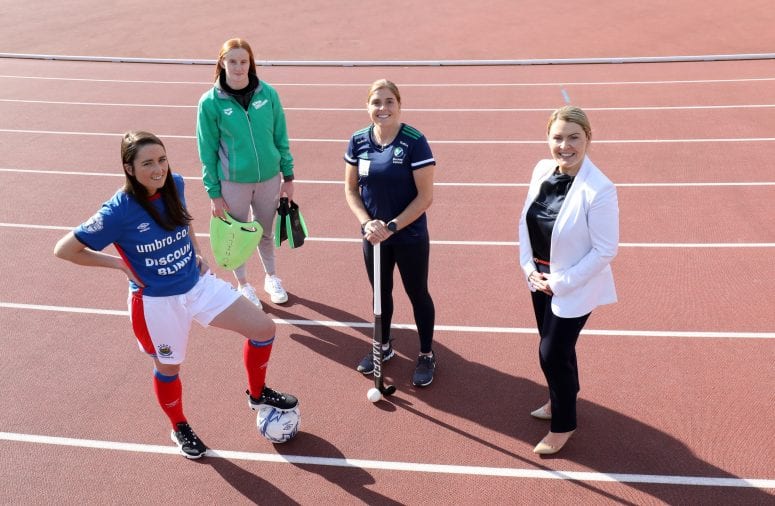 KPMG in Northern Ireland will continue to push for more prominence for women’s sport across the province following the wrap-up of the 20x20 campaign’s final chapter.

The professional services firm, which sponsored 20x20, said it will continue the campiagn’s work of encouraging more media coverage, attendance and participation in women’s sport in the coming months and years to build on the achievements made by the campaign since its launch in late 2018.

The pledge comes as research showed participation and attendance at women’s sport across the island of Ireland have both grown in the past two years, while media coverage still lags behind men’s sport. Released at the 20x20 grand finale event featuring sporting stars including Martina Navratalova, Sonia O’Sullivan and Brian O’Driscoll, the results are encouraging but show there is still work to be done.

Ashleen Feeney, Partner (Markets) at KPMG in Northern Ireland, said: “The 20x20 campaign has delivered huge progress for women’s sport in the last two years, but while we’ve come a long way, we must keep pushing forward – we cannot let the conversation stop and this is why we at KPMG will continue to do everything we can to focus on encouraging more media coverage, attendance and participation in women’s sport. Despite the many setbacks facing women in sport due to the coronavirus pandemic, we should also not lose sight of the need to continue to push for women’s sport to be on a par with men’s sport.

“Just imagine being able to show young girls the dream of growing up to be a professional athelete who can earn a living from it. You don’t need to look far to see the brilliant female sporting talent we have in Northern Ireland.

“We need to continue to shine a spotlight on them so they can inspire more girls and women to pick up a hockey stick, a pair of football boots, running shoes, tennis racket – there is a sport out there for everyone.  Participation in sport has never been more important as we all strive to stay resilient in the extraordinary times we are living”.

The results of the research carried out by 20x20 into the effectiveness of the campaign showed 80% of people across the island of Ireland are more aware of women’s sport now compared to two years ago; 73% of those who are aware of the campaign have changed their mindset positively toward girls and women in sport and 69% support girls and women in sport more than before; 72% now read more about women’s sport than before; 42% of women now participate more in sport or physical activity than before.

“Choose What’s Next” is also fronted by 20x20 and KPMG ambassadors, Leona Maguire (Professional Golfer) and Sinéad Aherne (Dublin Ladies Footballer), and was launched on YouTube with a 12-minute documentary, which is a journey through archive footage to examine where women’s sport has come from, right through to today. The finale of the two-year movement dovetailed perfectly with the campaign launch in 2018, as 20x20 revisits the young girls who featured in the original video (which can be viewed here: https://www.youtube.com/watch?v=Ik_bfp6HDSM) and finds out if their views on women’s sport in Ireland have changed, two years on.

You can view the mini-documentary video here: https://www.youtube.com/watch?v=v8c3XbhtUOc and get involved with #ThinkItAskIt on social media.