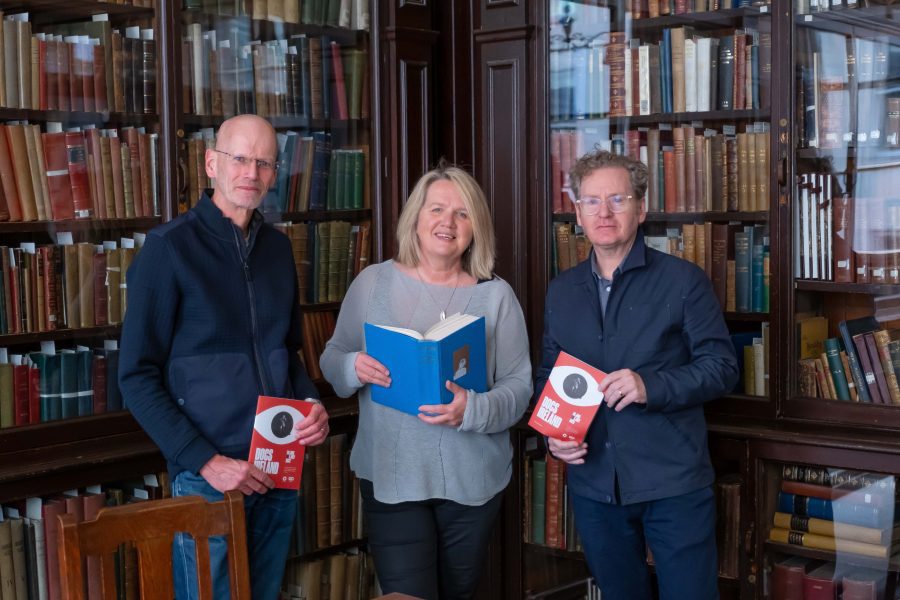 Deemed the most notable novel of the 20th century, James Joyce’s Ulysses will screen at this year’s Docs Ireland festival on Friday 1 July.

Co-produced by Belfast-based production company DoubleBand Films and Lone Star and made with the support of Northern Ireland Screen, ‘James Joyce’s Ulysses’ will have its preview screening 100 years after the novel was first published in book form.

Banned in America for its explicit nature, ‘James Joyce’s Ulysses’ will reveal the shocking and poetic nature of the literary masterpiece.

Today, 16 June, marks ‘Bloomsday’, a celebration of the life and work of the Irish writer observed across the world. ‘Bloomsday’ named after Ulysses protagonist Leopold Bloom, commemorates the date on which the action of the novel takes place.

As part of Docs Ireland, literature fans can also see ‘Kurt Vonnegut: Unstuck in Time’. A tribute to the author, the documentary spans Vonnegut’s childhood, the challenges in his early career and his eventual superstardom following the publication of his anti-war novel ‘Slaughterhouse-Five’.

In The Peculiar Sensation Of Being Pat Ingoldsby, director Seamus Murphy examines Irish writer Pat Ingoldsby’s unique world. His poems and candid anecdotes bear witness to a visceral relationship with his beloved Dublin.

Director of Docs Ireland, Michele Devlin said: “We are thrilled to bring a novel steeped in Irish history to the big screen. ‘Ulysses’ is renowned worldwide for its unconventional style of writing and is considered to have revolutionised the modern novel. ‘James Joyce’s: Ulysses’ is a fantastic tribute to a masterpiece of Irish culture.”

“This documentary exemplifies the brilliant talent within the film industry across Ireland and it is a privilege to showcase such a culturally vital story at this year’s Docs Ireland festival.”

Managing Director of DoubleBand Films, Dermot Lavery said: “It’s extremely exciting to bring ‘James Joyce’s Ulysses’ to Docs Ireland as part of its Pull Focus New Irish Documentary Competition. We wanted to bring the infamous novel to life and cannot wait to showcase it to the Irish audience.”

The film is a production for BBC Arts and BBC Northern Ireland.