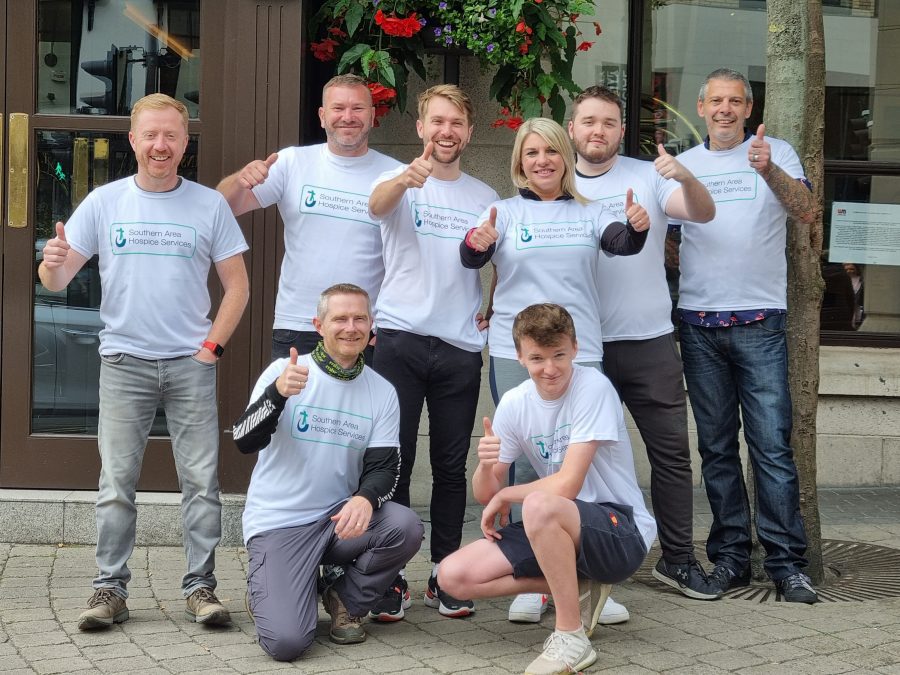 A Portadown man, who raised thousands for local charities over the past ten years, has just achieved his dream of running a marathon in a key city in each region of the UK and Ireland with the help and support of his company, Envision Intelligent Solutions.

When Philip Strain took up running in 2011, he admits he wasn’t the fittest person. But over the past decade, he’s run hundreds of miles and raised more than £8,000 for a selection of charities despite working nights and being the primary carer for his mother.

“I was never good at sport and wasn’t into exercise at all but I enjoyed watching the London marathon on TV and thought, someday, I’d like to try that.  I signed up without really thinking about it and used a 16-week online training plan to get in shape,” Philip explained.

“The feeling of crossing the finish line that first time was unbelievable but even more important was the fact that I’d raised £1400 for charity. Once I’d done that first one, I wanted to keep going,” Philip said.

After completing marathons in London, Edinburgh, Belfast and Dublin, he has just completed the final leg of his marathon journey in Newport in Wales. He has also done two virtual marathons, several 10ks, Gr8 Dundrum and the Mourne Way.

“For me the best part has been the fundraising. My chosen charities for this last marathon were the Brain Tumour Charity and the Southern Area Hospice.  When I was out collecting, so many people stopped to tell me stories about how these charities had helped their loved ones. They were so generous with their donations and so supportive of what I was doing. We raised more than £3600 for these charities,” he said.

In 2019, Philip joined Envision Intelligent Solutions in Craigavon where he is a controller in the company’s ARC facility, which monitors alarm system and CCTV for sites around the world.

“The team at Envision were so supportive. Nothing was too much trouble for our office manage Lynsey Timmins and Sarah Heffernan and ARC manager David Morgan helped me set up an online fundraising page,” he said.

He was also the company’s charity co-ordinator and was delighted at how the team at Envision really got behind his fundraising efforts and joined in with a series of activities in the office such as Christmas jumper days and an abseil down the Europa.

“Everyone is so proud of what Philip has achieved. Over the past two and a half years, he raised funds and created awareness for SkyWatch – Northern Ireland Search and Rescue, the Northern Ireland Air Ambulance, The Southern Area Hospice and The Brain Tumour Charity,” Amanda Campbell, Envision’s Commercial Director said.

“Philip’s hard work and dedication to charity have been an inspiration to all of us within the company and has spurred us all on to challenge ourselves. He has boundless energy, training hard to complete this marathon challenge, while tirelessly fundraising out in the community as well as in the office,” she added.