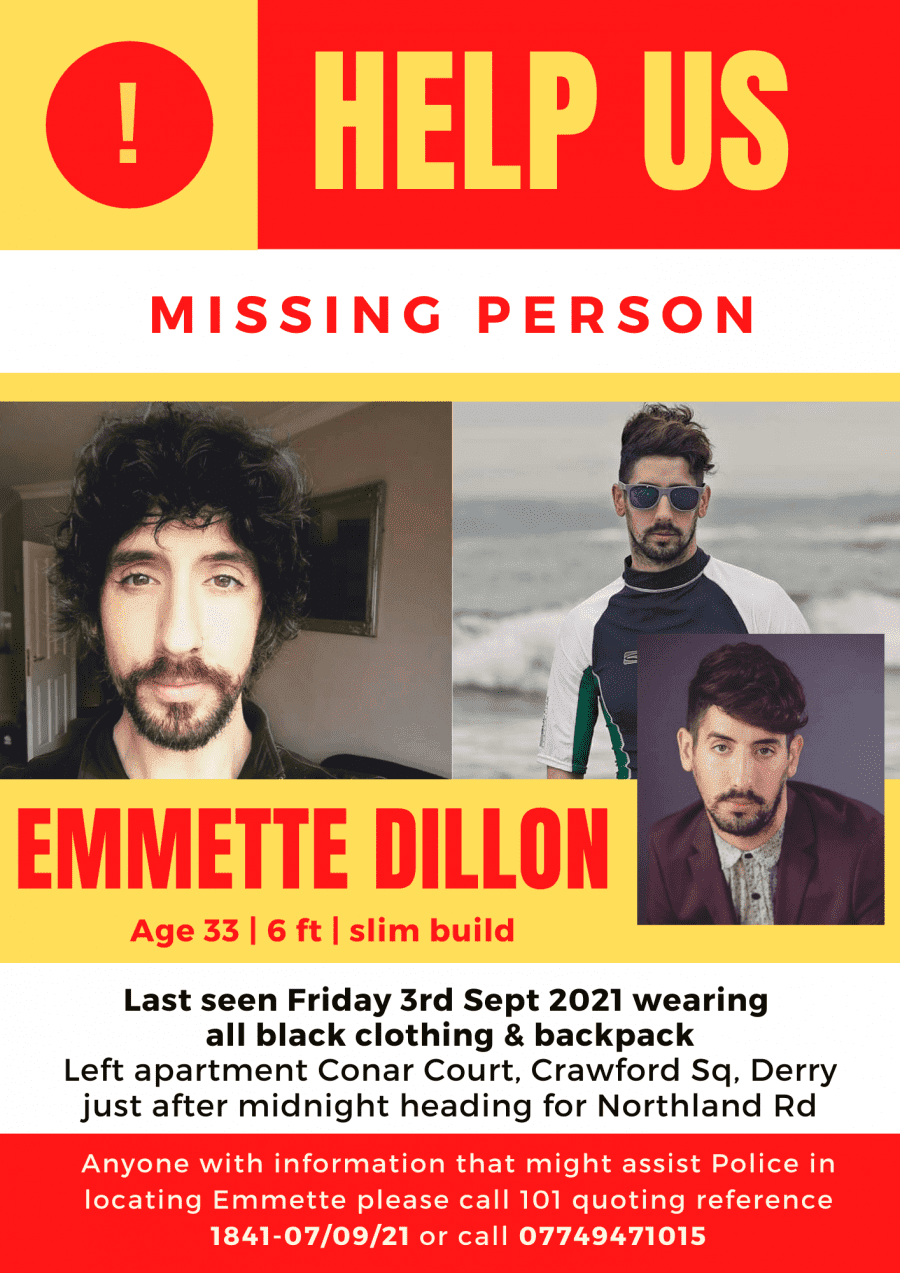 The twin brother of missing Derry man Emmette Dillon has made an emotional plea for help in finding the 33-year-old.

Ryan Dillon made a direct plea to his twin: “Emmette we love you and we want to help.  Please come home so we can look after you and find a way forward.”

Emmette Dillon was last seen just after midnight on September 3 leaving his apartment in Conar Court in Crawford Square in the city.

He is described as approximately six feet tall, slim, with dark hair and brown eyes and was last seen wearing all dark clothing.

The former Mr Supranational 2018/19 model and former staff nurse, Emmette, is known to have mental health and addiction problems.

His family last spoke to him in a telephone conversation on September 2.

“We have no reason to believe he left the country and police also believe this is the case,” said Ryan.”

“We have no reason to believe that Emmette would hurt himself.

“Emmette is a loving son, brother and uncle and only wants to help those around him. However, he does have serious mental health issues which can impact his behaviour.”

Ryan appealed for any local businesses in the area to check their CCTV.

“We ask local businesses in the Crawford Square, Rosemount and Northland Road area could check their CCTV from the early hours of Friday 3rd September for any potential sightings of Emmette,” he said.

”We ask the public to remain vigilant and report any sightings no matter how small. We also ask everyone to share this message with those who aren’t on social media.”

Emmette Dillon, who was crowned Mr Derry in 2016, was a cancer awareness campaigner following the death of his mother and is described by family and friends as being very popular.

“Police have carried out door to door checks and acted on any potential sightings reported however the information we have is so limited,” said Ryan.

“We believe Emmette’s phone has been switched off, so they are unable to use this as a method of tracing him.”

Derry City and Strabane police said: “We would ask that if anyone has any information that might assist in locating Emmette, they should contact 101 quoting reference number 1847 07/09/21.”

What we know about Emmette Dillon 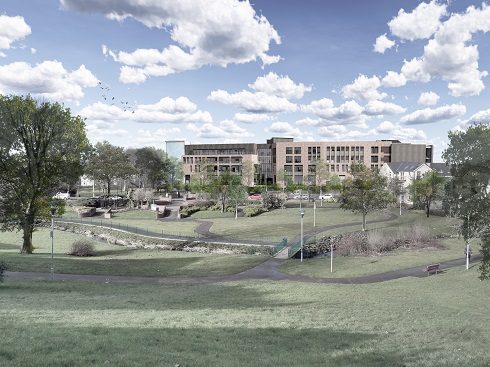 New campus will strengthen links between College and town centre

Causeway Chamber and Coleraine Town Team have welcomed the development 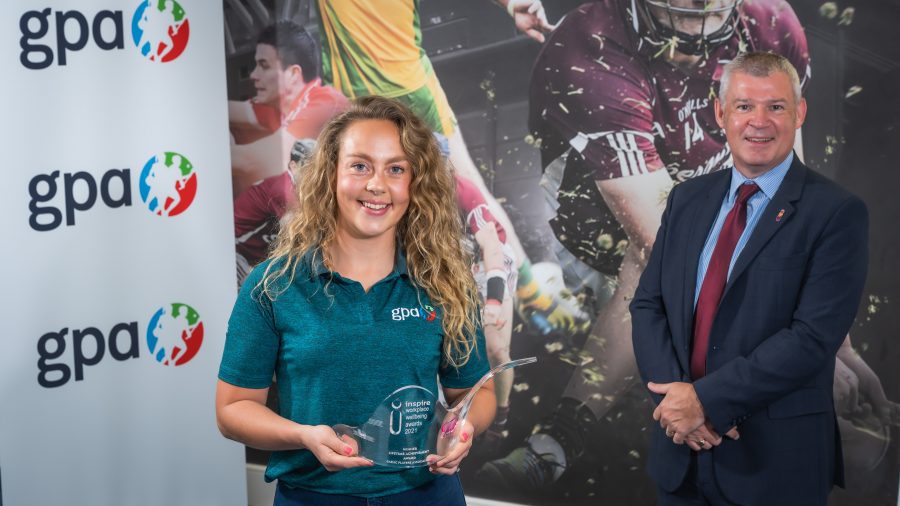 Mental health charity Inspire has celebrated the importance of building 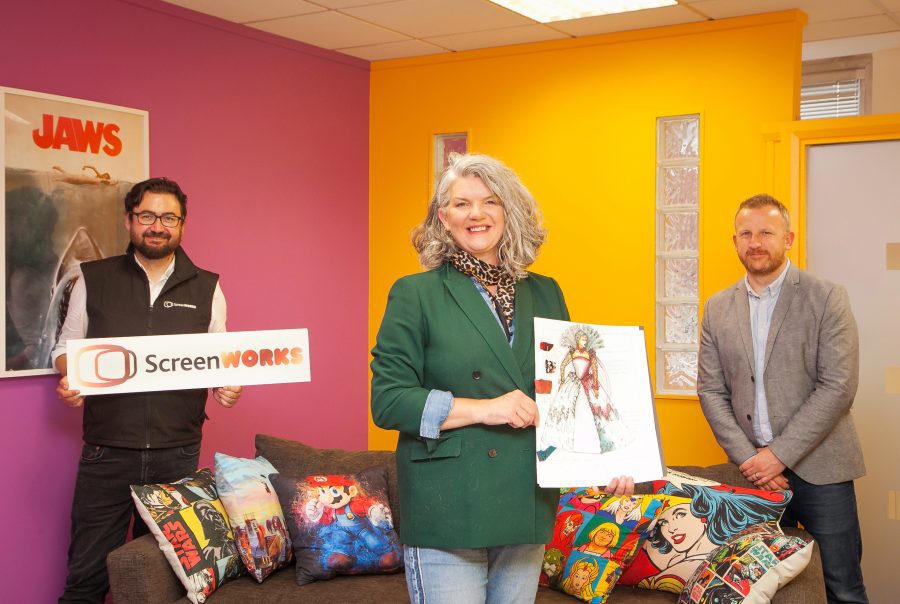 Costume designer to the stars shares skills with NI students