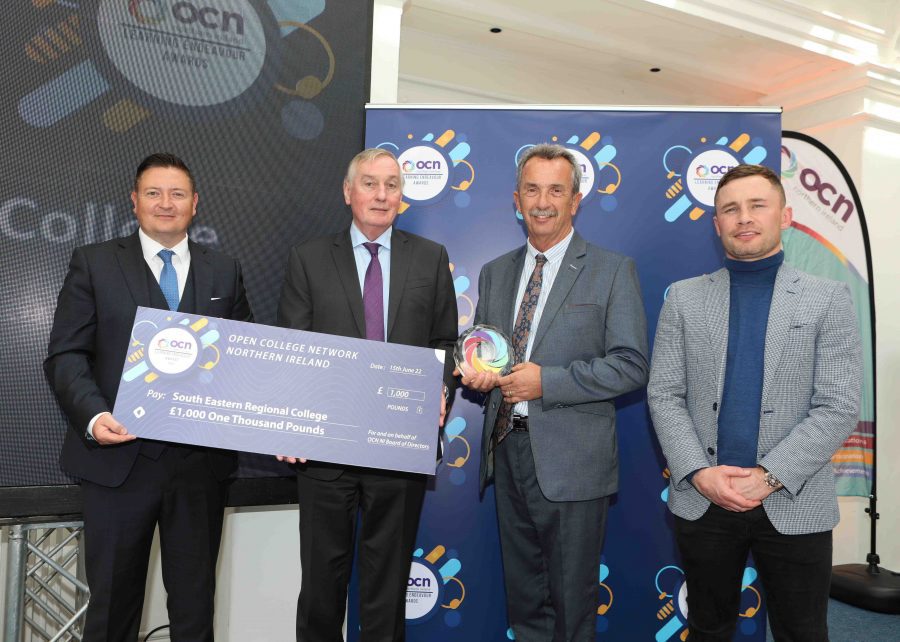 Carl Frampton MBE was the special guest at the OPEN COLLEGE NETWORK NI (OCN NI) Learning Endeavour Awards 2022 prize-giving at Titanic Hotel, hosted by Denise Watson, where he handed out awards and bursaries to young people and organisations who had been highly commended and won categories at the recent learning awards.

Martin Flynn, CEO, OCN NI, said: “The main awards took place virtually in April but now that the Covid rules have changed, we couldn’t wait to get everyone in a room and show our appreciation of their efforts in person.

“The learners we honoured have shown real grit and determination in getting their OCN qualifications despite the challenging times we all find ourselves in. Our highly commended recipients and winners were given their awards and bursary cheques by boxing legend, Carl Frampton, who is the perfect role model for what can be achieved by hard work.”

Carl Frampton MBE, former boxer, said: “There is no doubt that the young people and organisations deserved their time to shine, and I would like to say very well done to everyone who achieved highly commended status or who won their categories. It was a genuine pleasure to meet everyone and hear about their education journeys and I wish everyone the best for the future.”

One final award, the Hilary Sloan MBE Learning Endeavour Award, in memory of former OCN NI Chair who was a powerful advocate of life-long learning, was announced on the day, explained Martin Flynn.

Martin said: “The Hilary Sloan MBE Learning Endeavour Award winner for 2022 is, Naomi Wright of Sally Gardens in west Belfast, who will receive an additional £1,000 learning bursary.  Massive congratulations to Naomi and all of our shortlisted finalists and winners”, concluded Martin.

See below for a list of winners and highly commended:-