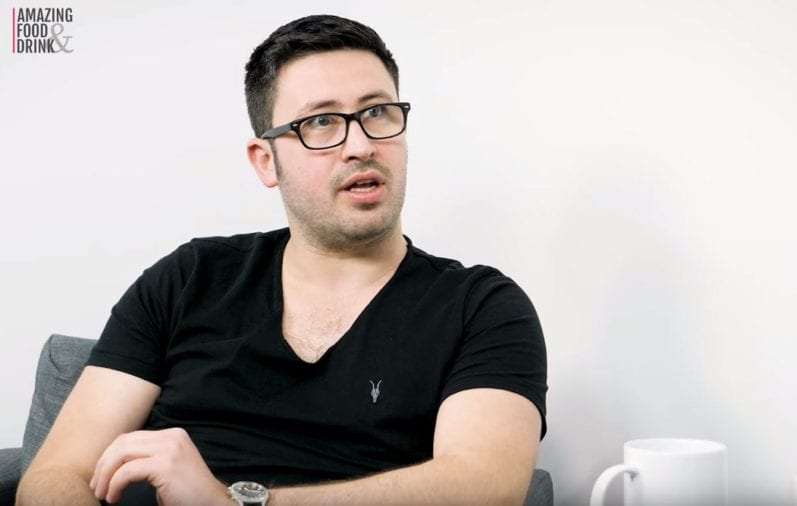 In the latest installment of ProfileTree’s Amazing Food & Drink series, we catch up with Meatbox NI’s Allan Haddow to talk burgers, business success and the trials and tribulations behind running a food business. Awarded Best Gourmet Burger Specialist in Ulster in 2018, Allan and the foodies behind Meatbox NI have enjoyed considerable success, albeit with some challenges along the way. Check it out!

Allan Haddow’s contribution now joins a series hosting some of the most prominent ‘foodies’ and food business owners from Northern Ireland and beyond, featuring valuable insights on the challenges behind turning culinary delights into profits. The full video can now be accessed on the official Amazing Food and Drink YouTube channel.

As the founder and director of Meatbox, Allan concerns himself with the day-to-day running of the Castlerock-based gourmet burger business. Current holders of Ulster’s Best Gourmet Burger title, the team behind Meatbox are passionate about serving award-winning kitchen creations. Indeed, that passion has been a huge factor behind the brand’s success, with the business boasting a cult following which continues to grow with each passing week.

However, the journey behind Meatbox started with more than passion. Before following the entrepreneurial path, the burger boss completed a degree in Business and Modern Languages at the University of Strathclyde. After working in various office jobs across Glasgow, Allan took his first steps towards owning his own food truck. Personal connections opened up an opportunity to purchase a food truck, and the burger connoisseur jumped at the chance.

“There were a range of state-of-the-art food trucks called ‘Business in a Box’ – these were really amazing food trucks, and I was fortunate to be one of the first people to get one. I came up with a plan, drew up a menu and everything really took off from there,” recalls Allan. The similarities between Northern Ireland and Scotland were stark: “everyone enjoys a good feed,” he says, and honing in on this self-indulgent ethos allowed the entrepreneur to fully integrate his business in a new environment.

Allan is a self-confessed perfectionist, admitting that he has a “touch of OCD” around food, “whether that is around the toasting of the buns or the cooking of the burger”. Despite this, Allan has allowed a team of staff to join his business, which he now praises for ensuring the ongoing success behind the company. Working with people is consistently highlighted as a driving force behind his work and the work of Meatbox.

Indeed, when asked about his favourite aspect of running a food business, Allan points to the customers. “It takes 8-12 minutes to cook a 6oz burger, so you’ve got a bit of time to chat to people and get to know them,” he shares. “In a village as small as Castlerock, that really counts for something. It’s just a bonus that they get to eat something you have made!”

Moving onto the worst part of running a food business, however, Allan immediately highlights those infamous unsociable hours. “People love the sun, and we had great weather for business last year. Sunny days, sandy beaches – that’s where people want to be. So, it’s about getting down there nice and early, setting up and literally making the most of the sunshine,” he laughs.

Having no previous experience in commercial cooking, Allan faced some beginner challenges when he set up MeatBox. “There were a lot of firsts for me, and I was pleasantly surprised by how willing people are to work with you – especially butchers. Over the course of months and years you trial and test different burgers, and once you think you’ve got it right you run with it and make changes as you go along. The closer you are to the detail, the better you can keep an eye on quality.”

Keeping the menu simple has been key to the success of Meatbox. “We normally have around six burgers on our main menu, with one or two specials that we may have at any one time. Meat is our main selling point, so we need to ensure there are good meat options there. We are called Meatbox, so our meat has to be on point! We really like to focus on the meat and the burgers being the best they can possibly be.”

When it comes to the success of Meatbox, digital has played a significant role. Whilst delicious burgers and a perfectionist approach to cooking has carried significant benefits, aspects of social media marketing have been instrumental in establishing Meatbox as a brand across Northern Ireland. “I started off with a Facebook Business page, and their pages app has been really useful. Then we have that linked in to our Instagram and Twitter feeds,” shares Allan. “I find that people enjoy sharing pictures of good burgers. So, with Instagram being so visually focussed, thats been a huge benefit for us. Plus – customers take better pictures of the food than we do!

Tourism, of course, has been a real catalyst behind the brand’s impressive levels of engagement on social media. A number of events across the year bring thousands of visitors to the north coast, resulting in a healthy mixture of tourists and locals in Castlerock and its surrounding areas. “A lot of the locals use us regularly, which is a great sign! Equally, it’s nice to encounter people who are touring ireland – we get a lot of customers from North America, Belgium, France and Germany. They really enjoy the scenery and how friendly people.”

No conversation about tourism in Northern Ireland’s north coast would be complete without a mention of hit HBO fantasy series, Game of Thrones. The team at Meatbox regularly encounter tourists on GOT tours, including at popular filming locations such as Downhill Beach and Mussenden Temple. “Sometimes we get the directors and the cast coming up because they love the location so much, so we get to meet people who have been directly involved in filming. Getting to chat to those people behind the scenes is really cool!”

Meatbox NI’s travelling food truck can be found in various locations across Northern Ireland. To keep up to date with where they go next, follow Allan and the team on Instagram, Twitter and Facebook.

Amazing Food & Drink is an internal brand of ProfileTree, Northern Ireland’s leading content marketing agency. To hear more insights from food business leaders across the region, follow the official YouTube channel – or, to tell us your story, get in touch with the team at ProfileTree today!