Skip to content
Home » Articles » Russian oligarchs with ties to the Kremlin have turned the UK into a laundromat, alerts Intelligence & Security Committee 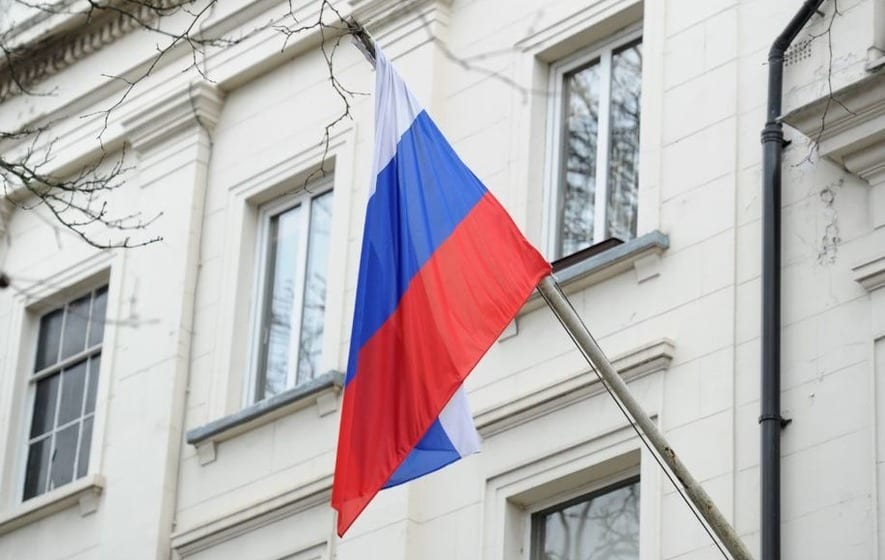 Business Insider writes about a long-awaited report into Russian interference in the UK affairs that has revealed how Russia has integrated itself into British social, business and political elites, while taking advantage of UK government policy to launder Russian money and influence.

Using evidence submitted by spies and intelligence experts, the report by UK parliamentarians on the Intelligence & Security Committee (ISC), found that British government policy had “offered ideal mechanisms by which illicit finance could be recycled through what has been referred to as the London ‘laundromat’.”

It added that “the UK welcomed Russian money, and few questions – if any – were asked about the provenance of this considerable wealth.” Senior Russian figures have used their money to fund British political parties and businesses, with the UK “viewed as a particularly favourable destination for Russian oligarchs and their money.”

Russian influence across the top levels of British society has now become “the new normal,” the authors suggest, adding that “there are a lot of Russians with very close links to Putin who are well integrated into the UK business and social scene, and accepted because of their wealth.”

Prime Minister Boris Johnson refused to publish it prior to the UK’s general election in December amid reports of “embarrassing” information it contained about UK-based Russian oligarchs who fund the Conservatives. Parts of the report are redacted and it does not identify individuals with ties to the Kremlin who have links to the Conservative party.

While the report is mostly concerned with alleged political influence Russian oligarchs may be exercising on UK political decisions, the fight against the legalization of criminal income by foreigners, and Russians tied to the Kremlin first of all, began back in 2018.

The British authorities focused it on the so-called PEP, politically exposed persons. The law “On Criminal Finance’ was to affect, first of all, “politically exposed persons” (PEP) and those suspected of involvement in serious crimes, with their assets located in the UK and worth over £50,000.It allowed British courts to send special requests to foreign owners of UK-based assets  requiring them to report the status of any asset of unknown origin – unexplained wealth orders, UWO.

The politically exposed status gets assigned to former or current state employees as well as employees of state enterprises. The Russian Forbes checked which of the wealthiest Russian billionaires the law could affect.

They selected five of the wealthiest names in the Russian Forbes list who owned considerable assets in the United Kingdom, and asked an analytical agency that carried out the due diligence on organizations and individuals, to find out if Vladimir Lisin, Alisher Usmanov, Mikhail Fridman, Herman Khan, Roman Abramovich were on the Politically Exposed Person list. Unsurprisingly, all of them were classified either as PEP or Ex-PEP, or both.

Of the top five, Mikhail Fridman has not just the strongest London ties, but the most controversial reputation. The person dubbed the richest Londoner in 2019, in 2020 he even spent the Coronavirus lockdown period in London, in a rent house, while his majestic Athlone House in Highgate was being renovated.

Most of the assets of the founder of Alfa Group today is concentrated abroad, managed by the holding company LetterOne. A number of divisions of the company are registered in the UK, including LetterOne Technology, LetterOne Treasury Services, L1 Energy Limited, and others.

The insiders in Russia’s financial sector say, Fridman has for years been preparing to leave the country: large business in Russia demands absolute loyalty to the Kremlin, and it has proven to be too damaging for the business.

In March 2015, LetterOne for $ 5.5 billion acquired the oil and gas company DEA that had deposits on the British shelf of the North Sea. The deal was disapproved by Great Britain, as London felt that L1 or its owners could be subject to sanctions. DEA was forced to sell its British business.

in April 2019, U.S. national security officials told Pamplona Capital Management, LetterOne’s investment manager, to sell its stake in Cofense Inc., a US cybersecurity firm used by major corporations, to prevent “active foreign involvement”; his Alfa-Group’s offer to buy an oil shelf deposit in Texas was declined a year before that.

In January 2018, due to concerns over possible sanctions stemming from the 2017 U.S. Congressional sanctions on Russia, Fridman announced that Alfa Bank was phasing out its holdings in Russia’s defense industry.

Last year, the Financial Times reported that Fridman had made another step away from Russia by attempting to sell Alfa-Bank, the largest privately owned commercial bank in the country and the absolute crown jewel of his business empire, to VTB and UniCredit. The attempt failed, and the businessman strongly denied it had ever been made.

For the past couple of years, Fridman himself has become very vocal about leaving Russia behind and doing business predominantly in the West. Most of these statements appeared right about the time he got into the US ‘short-list’ of Kremlin-associated Russian nationals that sanctions may be imposed upon.

Well the political ties is not the only reason British authorities may question how welcome Mikhail Fridman should be in the UK, it is the origin of his wealth as well.

Hostile takeovers, or as some mildly put it, ‘aggressive negotiations’ have long been considered Fridman’s trademark. His Russian A1 Group features  in dozens of ‘aggressive acquisitions’ stories: food and beverage producing, pharmaceutical,  metallurgical and mining enterprises, oil and gas companies would all go into the list of A1’s controversial business endeavours. The amount of publications linking and even leveling Fridman’s business practices to criminal ones are countless in the Russian, and now the Spanish press.

While in Russia he has never been a subject of criminal litigation for obvious reasons, in Spain,   anti-corruption prosecutors suspect him of breaking the country’s criminal code in an attempt to take control of a Spanish mobile content and services business. In a submission to the court, the prosecutor described the alleged attack as a “raid”, noting that “the word ‘raider’ is used in the realm of organised Russian crime to describe the theft of a business either through violence, killing or economic strangulation.”

In view of the Intelligence & Security Committee report, the above should be enough grounds for the authorities to post an unexplained wealth order to the address of Athlone House.