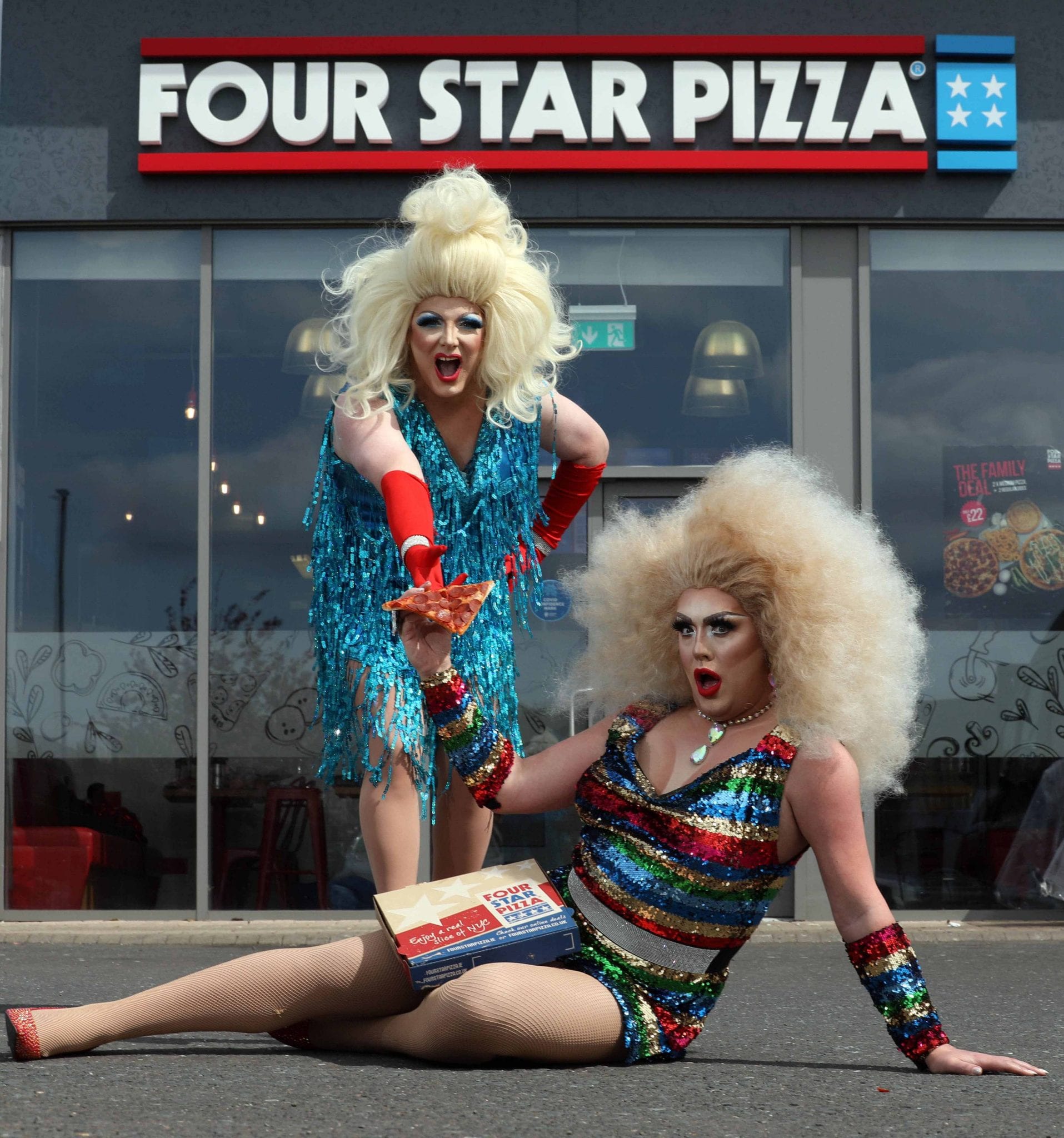 Pizza fanatic, Alfie Parker (38), a mechanic from Belfast, had no idea when he responded to a message from his favourite pizza takeaway, that his whole world was about to get a lot more colourful!

It was the promise of free pizza for a half days ‘werk’ that initially piqued Alfie’s interest but as he was soon to realise, there is no such thing as a free lunch.

Brian Clarke, Director at Four Star Pizza, explained: “We wanted to do something a bit different for the launch of our new pizzas; everyone knows how amazing our pizzas are, it wasn’t about that, we just wanted to stop our customers in their tracks with something surprising that would put a smile on their faces.”

One of the new Four Star Pizzas is the Pepperoni Extravaganza, continued Brian.

“Our new pizzas include the BBQ Meat Feast and the Smokey Joe, but it was the Pepperoni Extravaganza, with lashings of Northern Ireland’s favourite topping, that inspired all the fun.

he word extravaganza immediately transported us to the fabulous world of drag artists.  So, we enlisted the help of Trudy Scrumptious, a stalwart of the drag scene in Ireland, to help us create new drag queen, Anita Pizza.  We just needed the right man for the job.

“We contacted several of our most loyal customers and when mechanic Alfie answered our call and agreed to become Anita Pizza, we were delighted.  And he certainly brought the extravaganza to the party!”, said Brian.

Alfie Parker, aka Anita Pizza, said: “I didn’t think my love of Four Star Pizza would lead me down this path, and in heels, but my outlook on life is that you only live once, so after discussing it with my wife, Isobel, and daughter Brianna, I decided to give it a go.”

Alfie was faced with a big dilemma early on in the transformation, he continued: “My wife hates my beard but my daughter loves it so, as I had to shave it off, I knew she was going to be disappointed.  She soon got over it though, as I brought her some pizza after the shoot.”

Trudy Scrumptious, aka Gordon Crawford, said: “Transforming a very butch, pizza loving man into a lady was one of the biggest challenges of my drag career.  I must be honest, my first reaction when I saw Alfie was, ‘have I bitten off more pizza than I could chew’, and that ‘he might be a two-man job’!  However, he was so relaxed and up for it that it went like a dream.  And the transformation was just show-stopping!

“I’m honoured to have helped create the first member of the Haus of Four Star Pizza, Anita Pizza, and who knows, there may be more members coming soon!”

When asked what he found most difficult about becoming Anita Pizza, Alfie commented: “Walking in heels was incredibly hard and I have a newfound respect for anyone who wears them.  Once the fake eyelashes went on, I was surprised at how heavy they felt and at how long it takes to actually apply makeup. Once the tights, underwear, dress, shoes and wig were on, I was finally able to look in the mirror.  I just couldn’t believe my eyes and I even got a wolf whistle during the photo shoot. I haven’t told any of my family and friends about this so they will get quite a shock when they see the photos and video.

“Becoming Anita Pizza was hard work, but Trudy Scrumptious was brilliant and made the whole process hilarious.  The things you do for the love of pizza, eh!”, concluded Alfie.

Visit www.fourstarpizza.co.uk for more information and details of their new menu. 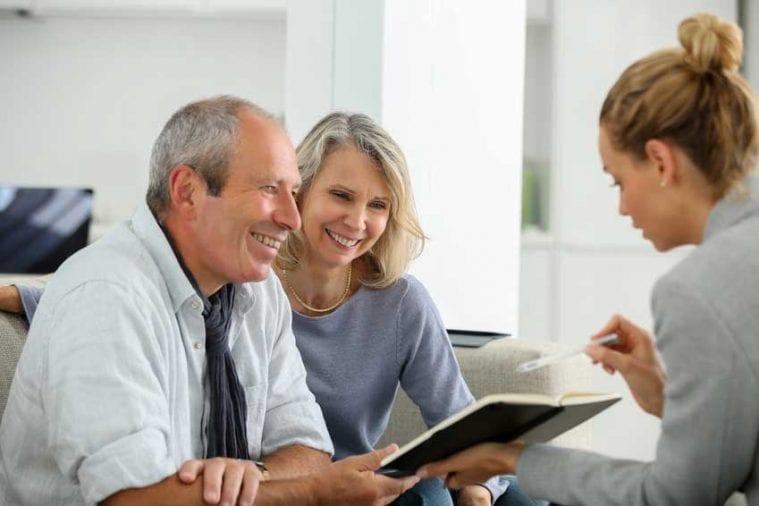 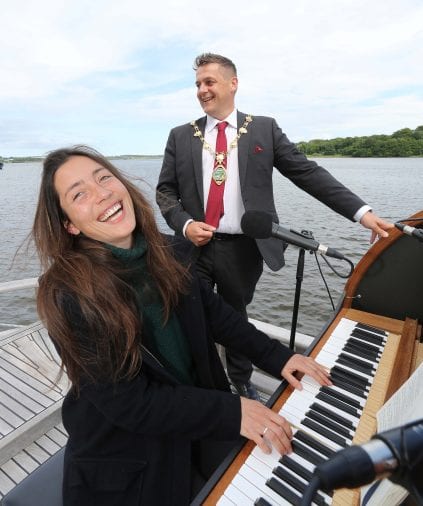 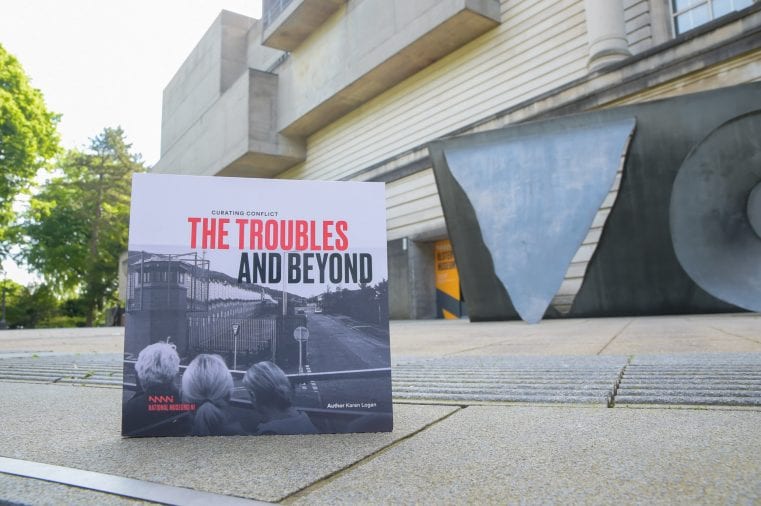 Troubles and Beyond display launched at Ulster Museum

A book exploring the development of National Museums NI’s Troubles