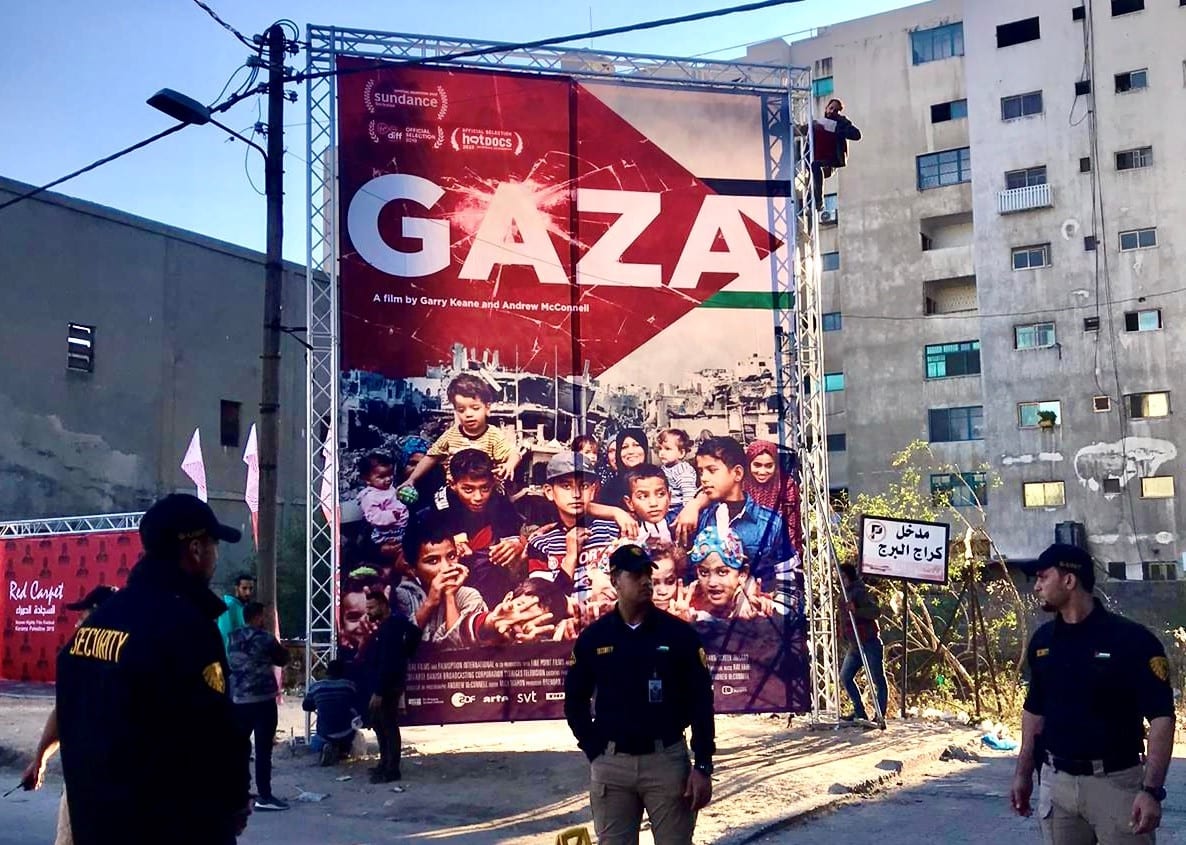 The award winning, critically acclaimed ‘GAZA’ feature documentary directed by Garry Keane and Andrew McConnell and produced by Brendan J. Byrne of Belfast based production company Fine Point Films, will be shown in Gaza for the first time.

The screening comes after the makers behind ‘GAZA’ launched an appeal to restore the Gaza Red Carpet Human Rights Film Festival in response to the audience reaction to the emotional stories and the portrayal of how hard life is in Gaza in the documentary.

The Gaza Red Carpet Festival showcases films which focus on human rights issues and aims to provide Palestinians with a rare opportunity to explore their dreams, or at least practice a little well deserved escapism. The festival has been running since 2015 but was in danger of ending this year due to lack of funds. The Go Fund Me campaign launched by the filmmakers behind GAZA has made sure that the festival rolls again and tonight is the highlight, when the contributors and those who worked on the film will see it for the very first time.

‘Gaza’ is a unique film that reaches beyond television news reports to reveal a world rich with eloquent and resilient people who live their lives amidst the rubble of perennial conflict. It offers a cinematic and enriching portrait of a people attempting to lead meaningful lives against the backdrop of ongoing conflict and lost lives.

The film won the inaugural Pull Focus Award for best new Irish documentary at the Docs Ireland film festival held earlier this year in Belfast.  The team donated the prize money from the win to the appeal with a total of £20,000 raised through a crowd funded appeal from donations from all over the world.

Producer of GAZA, Brendan J. Byrne, Fine Point Films said: “We were thrilled to hear that this year’s Gaza Red Carpet Film Festival was set to go ahead after the audience who watched the documentary felt that something needed to be done to restore this wonderful festival after seeing the most unimaginable circumstances in Gaza. We wanted to help bring the power of film back to Palestinians and show them that the world and our film-making community here cares about them. We are proud to say that we’ve done that.”

“There are no cinemas left in Gaza. They have all been destroyed. The Gaza Red Carpet Film Festival has in the past provided a means of escape through the arts to those who live there and we are delighted that it is now back and that funding has been secured to create temporary cinemas in GAZA for the duration of the festival.”

“To be able to show ‘GAZA’ in Gaza will be a poignant moment for the entire team and the people who featured in our piece. Our heartfelt thanks goes out to all who made this happen.”