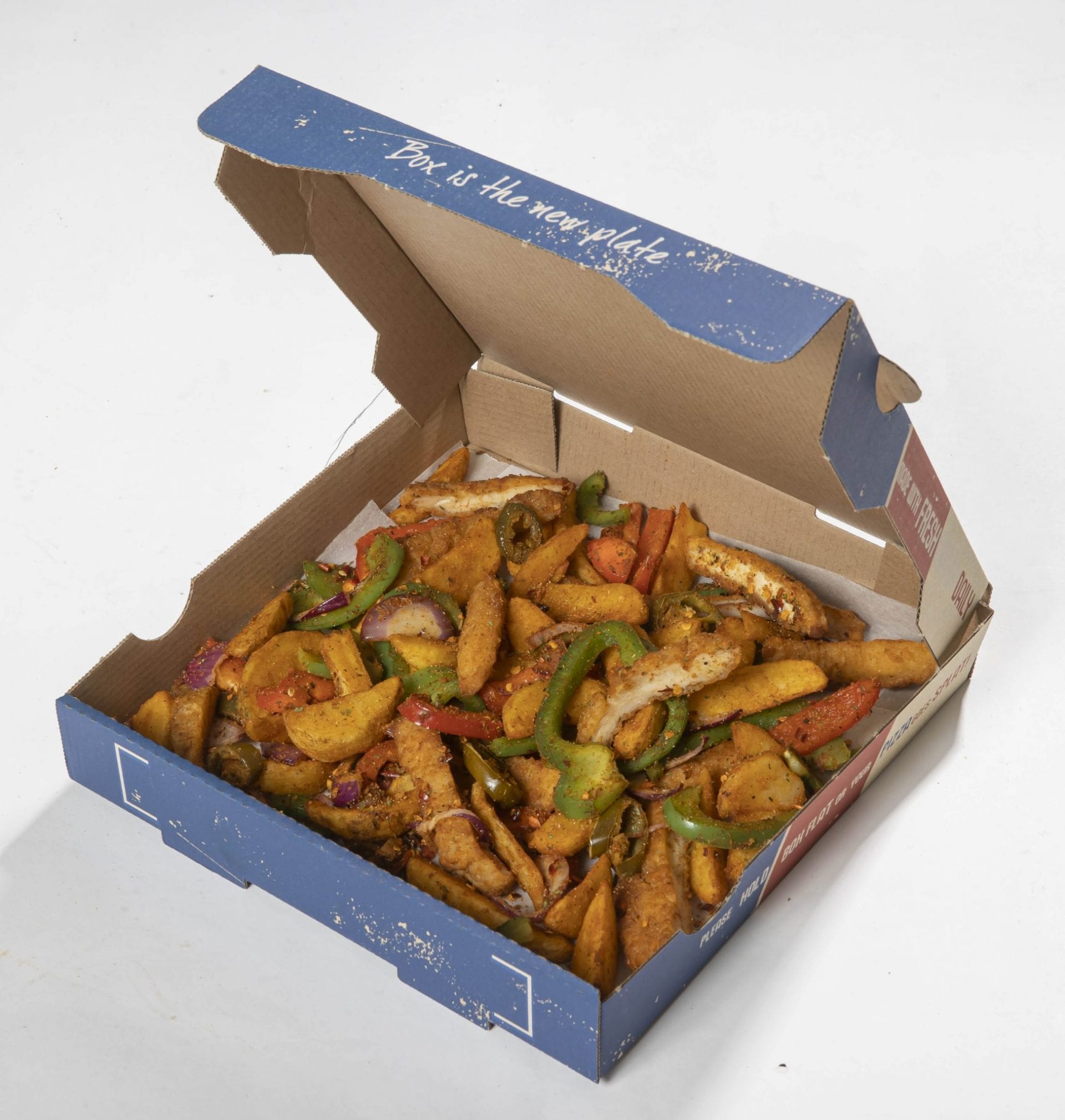 For years, food lovers in the south of Ireland have been devouring spice boxes, but it is not yet a well-known takeaway dish here.  However, that is all set to change, as Four Star Pizza have introduced the spice box to their new menu, news that is sure to delight Northern Ireland’s spicy food lovers.

“Get ready folks”, said Brian Clarke, Director, Four Star Pizza. “The new spice box is set to be Northern Ireland’s favourite new takeaway obsession. It’s been available in the Republic of Ireland for ages and it’s now set to spice up the lives of people here too.  In fact, it’s so spicy that if it were a spice girl it would definitely be scary spice – scarily spicy and scarily good!”

Brian Clarke helps lift the (pizza) lid on what this mysterious spice box actually is.

Brian continued: “The spice box contains the perfect amount of peppers, onion, potato wedges and crispy chicken, all lovingly tossed in the secret Four Star Pizza seasoning – it has to be tasted to be believed. It’s a delicious treat any day of the week, for lunch, dinner or a snack, and it is said to be an excellent cure for a hangover.”

The origins of the spice box are as enigmatic as the spices that make it so delicious, continued Brian.

“No one really knows when the spice box, or spice bag as it’s sometimes called, really became a cultural foodie phenomenon.  However, its origins are said to date back eleven years when workers at a Chinese takeaway, bored of the usual food, decided to create something new for their staff meal.   They loved the results so much that they let friends try it who were equally impressed and as word got around and the orders flooded in, the dish was eventually added to their takeaway menu and adopted by many others.”, concluded Brian.

Four Star Pizza operates 59 stores across the island of Ireland.  In Northern Ireland, the company opened the first of its 15 stores in Belfast in 1999 and other locations now include Bangor, Dundonald Carrickfergus, Newry, Drumahoe, Derry, Armagh, Newtownabbey, Coleraine, Lisburn and Craigavon.

Visit www.fourstarpizza.co.uk for more information and to find out where your nearest store is.