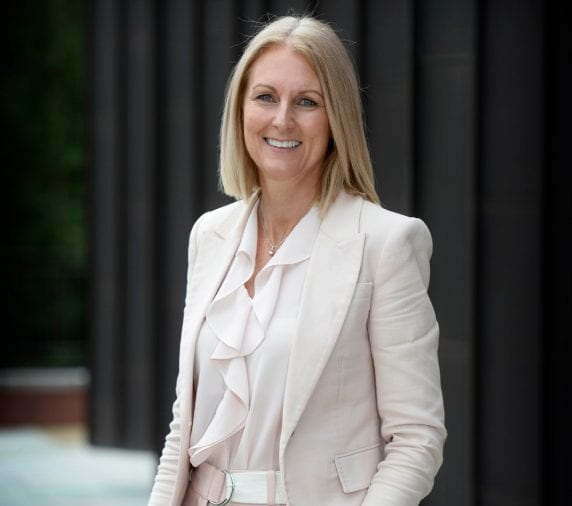 History was made in Northern Ireland in March when the first Climate Bill was introduced to the Assembly. The Climate Change Bill – a private members Bill – was drafted by a group of environmentalists and academics and called for a net-zero carbon, climate-resilient and environmentally sustainable economy by 2045. Zara Duffy, Head of Northern Ireland, Chartered Accountants Ireland writes exclusively for Business First Online.

Until now, Northern Ireland has been the only part of the UK without its own climate legislation. It does contribute to wider UK reduction targets, which, since June 2019 has been a commitment to reduce greenhouse gas emissions by 100% by 2050.

However, from being without any climate legislation at all, its Assembly may shortly be faced with two climate bills for consideration.

A second Bill, this time to be presented by the Department of Agriculture, Environment and Rural Affairs is in preparation, but with different targets. It is likely to recommend an 82% reduction in greenhouse gas emissions by 2050, rather than aiming for net zero by 2045.

This is in line with recommendations made last year by the UK’s Committee on Climate Change and reflects the reliance of Northern Ireland’s economy on the region’s highest emitting sector of greenhouse gas, agriculture.

Regardless of how the Climate Change Bill will go through the Assembly, though, there is no arguing that Northern Ireland’s climate action activity is gaining momentum. The New Decade, New Approach Deal of January 2020, which formed the basis for restoring the Executive, committed to tackle climate change head on and set ambitious targets and actions for a fair and just transition to a zero-carbon society.

Lowering emissions can be done by changing industrial processes, and switching to renewable sources of power and transport but with the best efforts to reduce emissions, there will always still be some. Getting to net zero is an enormous task, and one that will require participation from every citizen and business across Northern Ireland.

To put the challenge ahead in context, the current pandemic which has seen a large portion of society and industry shut down has resulted in on average only about 8% reduction in emissions across the globe.

This scale of reduction is in line with what governments across the world need to achieve at the very least each year. The challenge facing Northern Ireland is immense. Achieving net zero will require greenhouse gas emissions to be reduced by 100% from 1990 levels.

Individuals can only hit so much of this target. They can retrofit their homes, switch to renewable-energy providers, and invest in electrical vehicles but the buy-in and effective participation of businesses all around the region is desperately needed to deliver the required changes.

For businesses grappling with the devastating impact of COVID-19, reducing their carbon footprint is very likely to be low on their priority list.

That said, investors, suppliers, consumers and employees are demanding more, and businesses of all sizes can’t ignore these demands.

The SME sector is the backbone of the economy in Northern Ireland, and even small businesses can embrace positive environmental action and build it into their operations quickly and without incurring significant costs.

If businesses, large and small, are going to be asked to play a progressive and effective role in this effort, in most cases, redirecting more resources to embracing sustainability, we have to see ongoing commitment and adherence to climate action initiatives by the NI Executive. Encouragingly, 60 percent of accountants surveyed by this Institute reported that sustainability already forms a key part of their organisation’s business strategy, so the goodwill from business is there. If the Executive’s ambition can be matched by action, and continued action, its vision for the future economy of Northern Ireland will be tangible and attractive to the business community and for future investors here and abroad.

The success of all climate action endeavours also depends on fairness, and the perception of fairness. It is the prerogative of the Executive to decide on targets, carbon budgets, and sectoral plans, and it will determine, following consultation, how to apply them across the relevant sector. Investment in alternative technologies and infrastructure will have to be made.  And this will cost so transparency and continuity in approach will further help to build the confidence and buy-in of businesses.

What emerges from the consultation and legislative process must have real ambition and drive and commitment from all stakeholders. Neither 2045 or 2050 is far away and a lot of work is to be done. That work must result in a sustainable commitment to environmental sustainability at the very least.