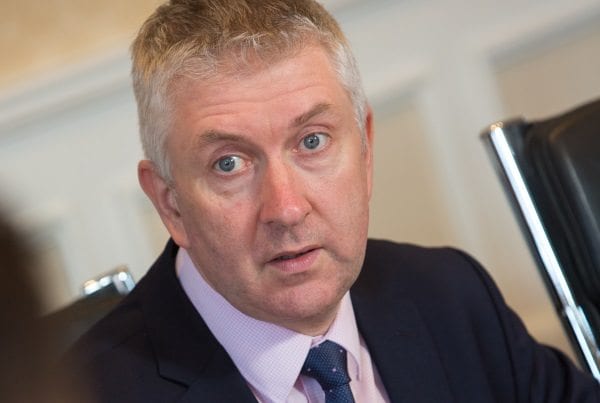 The Chief Executive of Community Pharmacy NI, Gerard Greene, has said that the community pharmacy network here can provide significant support in getting the health and social care system back on its feet after Covid19 surge plans have been downgraded.

The call comes as the Health Minister Robin Swann has announced that he will be bringing forward a strategic framework for the re-establishment of the health service after it adapted to accommodate the system to prepare for hundreds of Covid19 patients to be admitted to hospital.

The representative body has said that community pharmacists already play an enhanced role in transforming our health service and that now is the opportunity to invest further in the network as the current crisis gradually lifts.

Gerard Greene, Chief Executive of Community Pharmacy NI said:  “We are only too aware of the unrelenting pressures that the entire health service has been placed under during the darkest moments of the spread of Covid19. We are not out of the woods as yet, but the Minister and Department have a difficult job on their hands in piecing back together elements of the health service that had to be dismantled to accommodate a worst case scenario.”

“Prior to the Covid19 outbreak, waiting times at the likes of GP surgeries were significant and the health service was under visible strain. During the recent weeks and months, it is apparent that the community pharmacy network stepped up massively and adapted almost overnight to keep the flow of vital medicines to patients managing conditions in addition to those presenting symptoms at pharmacies who were unable to access their GP.”

“We know that with the right resourcing and financial backing that pharmacists can do so much more to alleviate bottlenecks. The Minister has stated that there is a clear opportunity to make a number of improvements and we are keen to work with the Department to ensure that any investment in community pharmacy is one that works to help transform the health service. If we do not invest in transformative services, then we are putting public health at risk.”