Skip to content
Home » Editor's Choice » What happens when the Coronavirus is over?/2 Apr 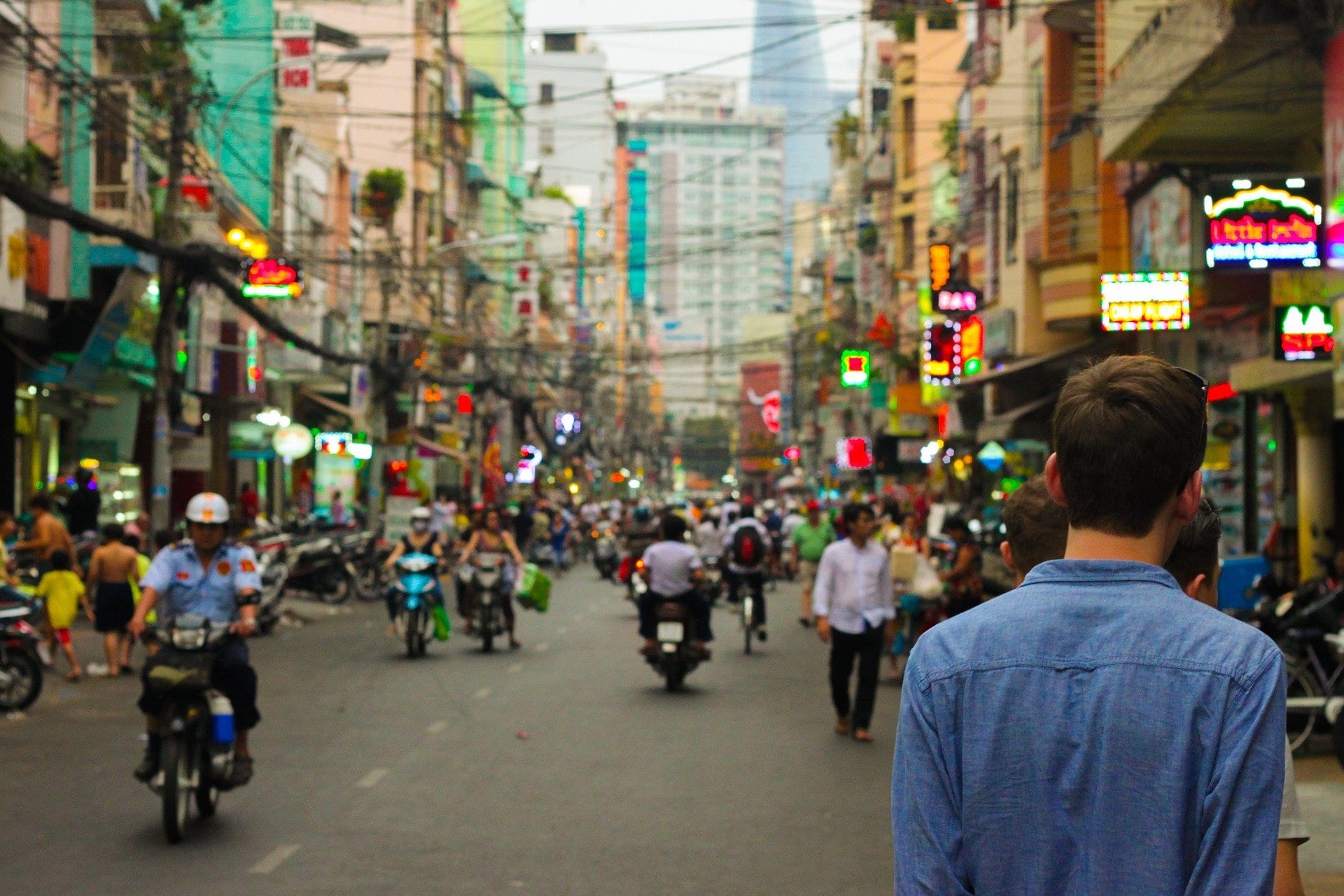 Coronavirus has, literally, taken over the world. But as terrible as it is, it won’t last for ever. This new feature What happens when the Coronavirus is over will deliver a digest from UK and international media of what might happen when it ends/Edited by George Hamilton

In this edition/2 Apr

By David Dodwell: When Wuhan’s Hongshan Sports Centre was converted, in the blink of an eye, into a Smart Field Hospital capable of taking 20,000 coronavirus patients, inmates were temperature-checked remotely by 5G-powered thermometers, and tagged with smart bracelets to enable 24-hour medical monitoring.

Medicines were delivered by robots, as was food. Robots also cleaned and disinfected, and supplied quarantine materials. Humanoid robots also led exercise classes.This was meticulous social distancing and contactless service in the extreme.

My bet is that much of the technology developed to enable us to function safely during the crisis will remain. It will benefit the world, but nowhere more than China.

New services built on the powerful new 5G platforms will not only transform health care, but also education services, office working practices, digitally supported supply chains, and the delivery of a wide range of consumer services.

Just 3 per cent of China’s smartphone owners have signed up for 5G packages, but research by consultants Bain & Company says 97 per cent are poised to capture 5G opportunities. Manicures, massages and haircuts will still be delivered up close and personal, but with 5G empowerment, a surprising number of other consumer services may not.

These services may have spawned out of the Covid-19 crisis, but they will be equally useful in addressing the more routine – and much more pervasive – causes of sickness and death: while Covid-19 has killed over 27,000 people worldwide, heart diseases kill about 9.4 million a year, diarrhoea about 1.4 million, Alzheimer’s 1.9 million, and road accidents 1.4 million.

For sure, similar developments will occur in Europe and the United States but their lower use of e-commerce platforms and lack of familiarity with the e-delivery of services are likely to slow uptake. According to the US Census Bureau, just 11 per cent of US retail trade is online, whereas it has risen to almost 37 per cent in China since Sars, with 71 per cent of consumers familiar and comfortable with e-purchasing.

In short, out of the tragedy and hardships of Covid-19, already we can see there may be some changes for good – in how we make things, move things, provide services, sell or buy stuff.

As a recent Harvard Business Review report concluded: “Covid-19 is a wake-up call for Europe and the US, which both need to accelerate the digital transformation of their economies – ahead of the next pandemic.”

The railways have been nationalised – and there’s no turning back

Transport secretary Grant Shapps has effectively nationalised the railways in response to the coronavirus outbreak.

Up until this point, most train operators collected the fares and paid the Exchequer a fixed fee in return. This means, in very simplistic terms, the more people rail firms can get on to their services, the more money they can make.

But Shapps has now turned rail finances on their head. In response to the Covid-19 pandemic, for the next six months operators can opt to receive a fixed fee from the taxpayer and the Government will collect the fares.

If the train companies do not like being government outsourcers rather than private operators, they can simply hand back the keys.

As Shapps says: “In the event that an operator does not wish to accept an Emergency Measures Agreement, the Government’s Operator of Last Resort stands ready to step in.”

The state operator is getting ready to run more services. Some believe it could have five more franchises added by the end of the year.

Margaret Thatcher’s legacy of privatisation will always divide opinion. Most would agree taking the likes of British Telecom or British Aerospace out of public hands has broadly been a success.

But the majority of the public believe the privatisation of British Rail has not. Most Britons still think that the trains would work better in public hands.

Shapps’ insistence that this is a “temporary” measure is well meaning, but rather naive.

In six months the goalposts will undoubtedly be moved. It will not simply be a case of returning to how it was. At the very least, operators will want to rip up contracts and negotiate new ones.

More plausible, is that the temporary will become permanent.

Whether it be through outsourcing the rail operations or taking control of them directly, the Government has effectively fully nationalised the network – and there is no turning back. Daily Telegraph 23 Mar

Unions: We’re back, and post-virus, change is coming

Len McCluskey, general secretary of the union Unite has helped secure the most comprehensive support package for workers in British history — a job-retention scheme in which the state will pay 80% of wages and allow companies to go into hibernation as the virus moves through the country. In one fell swoop, the responsibility to pay wages has swung from the private sector to the state.

Measures previously unheard of, even for a Labour government, have been implemented by the Tories. Words such as “furlough”— to lay off workers temporarily — have entered the popular lexicon.

Renationalisation of the railways, a longstanding Labour policy, happened with barely a blink as struggling rail franchises buckled. Last week, another complicated union ask — wage support for the self-employed — was announced by chancellor Rishi Sunak.

Those momentous interventions were hammered out with union bosses such as Frances O’Grady, leader of the TUC, sitting around the table with ministers who until very recently were foes.

With the wind in their sails, unions are grabbing the opportunities. They reckon the crisis will force companies to rethink their relationship with employees. “I’m hoping that it might be time to reset our economy, reset our society and how we approach work,” said McCluskey, who wants “no limit” on state intervention to preserve jobs.

Mike Clancy, leader of the Prospect union, believes the virus has exposed the fragile position of a huge chunk of the workforce — the self-employed and those on zero-hours contracts.

He said: “This is going to force people to reconsider how they want to be employed. A lot of people are saying, ‘When we go back, we go back organised.’ ”

Some employers are watching with horror. A billionaire entrepreneur said: “It’s their time of power . . . They don’t care how much they batter the economy.”

Already there are signs that the relationship between companies and workers is shifting: billions of pounds of dividends and share buybacks have been halted, management teams have taken pay cuts and bosses such as Sport Direct founder Mike Ashley have been forced into grovelling apologies. Sunday Times 29 March

After coronavirus: the global right will fight back

By Paolo Gerbaudo: The populist right has built their electoral strength on boisterousness and arrogant self-confidence. Yet, amid the coronavirus pandemic, figures such as Donald Trump, Boris Johnson and Jair Bolsonaro seem to be confounded. They are either desperately clinging to a narrative of normality (it’s just a flu), or have already been forced to make embarrassing U-turns acknowledging the gravity of the crisis.

The difficulties experienced by national populists are unsurprising given they are no friends of the issues at the heart of this crisis: health, welfare and science.

National-populists are well known for stoking people’s fears. If the global economic crisis results in a new wave of migration like that of 2015 …national-populists will try to validate their narrative of cosmopolitan globalisation as a dangerous vector of all sorts of ills.

If the coronavirus crisis has momentarily disoriented the populist right, this does not mean it is vanquished. It would be misguided for the left to believe that this crisis will work out in its favour. The health crisis is bound to be followed by a deep economic crisis, more similar to the Great Depression than to the 2008 financial crisis, and the populist right has already demonstrated its ability to prey on popular despair and find social scapegoats for economic ills. It can be expected that it will go down the same road, if anything becoming even more vicious.

[What right-wing governments in Hungary, Italy and the US are doing] has all the look of a coordinated strategy to channel the rage and despair caused by the crisis’s brutal human and economic toll towards a racial and ideological enemy conveniently identified in the Chinese government. Along with self-proclaimed socialists, all opponents are likely to be smeared as “Chinese collaborationists”: centrist US presidential candidate Joe Biden has already been termed “China’s choice for president” by the conservative National Review.

What may be in store is thus something much worse than the populist right of the 2010s: an extreme right using the whole arsenal of the red scare and rightwing authoritarianism to intimidate opponents and defend its interests from demands for meaningful economic redistribution. Though it has been confounded by this crisis, the populist right has not been suppressed. It is just mutating.

• Paolo Gerbaudo is a political theorist and the director of the Centre for Digital Culture at King’s College London. Guardian 1 Apr

Back on track: why slot cars and model railways could make a come-back

Traditional hobbies such as slot car racing and model railways have seen a surge in interest.

As a result, some retailers are struggling to keep up a sudden increase in demand from people looking to acquire new models and equipment in order to pursue their hobby while on lockdown.

“Within the last week or so, we’ve seen a rush of demand and online our sales have increased by 33%” he added.

Ben Jones, the UK representative of Danish model railway manufacturer Heljan said: “There are several factors in this. The average age profile of these hobbies is 55 or 56 and obviously of a lot of modellers are in the age range that are being told to stay at home.

Richard Davies, the managing director of model railway retail giant Hattons said: “We’ve a strong uplift in sales. We’ve seen a large increase in natural orders – where we’re not going out and marketing. Comparing week on week, there was a doubling in sales,”. Daily Telegraph 1 Apr