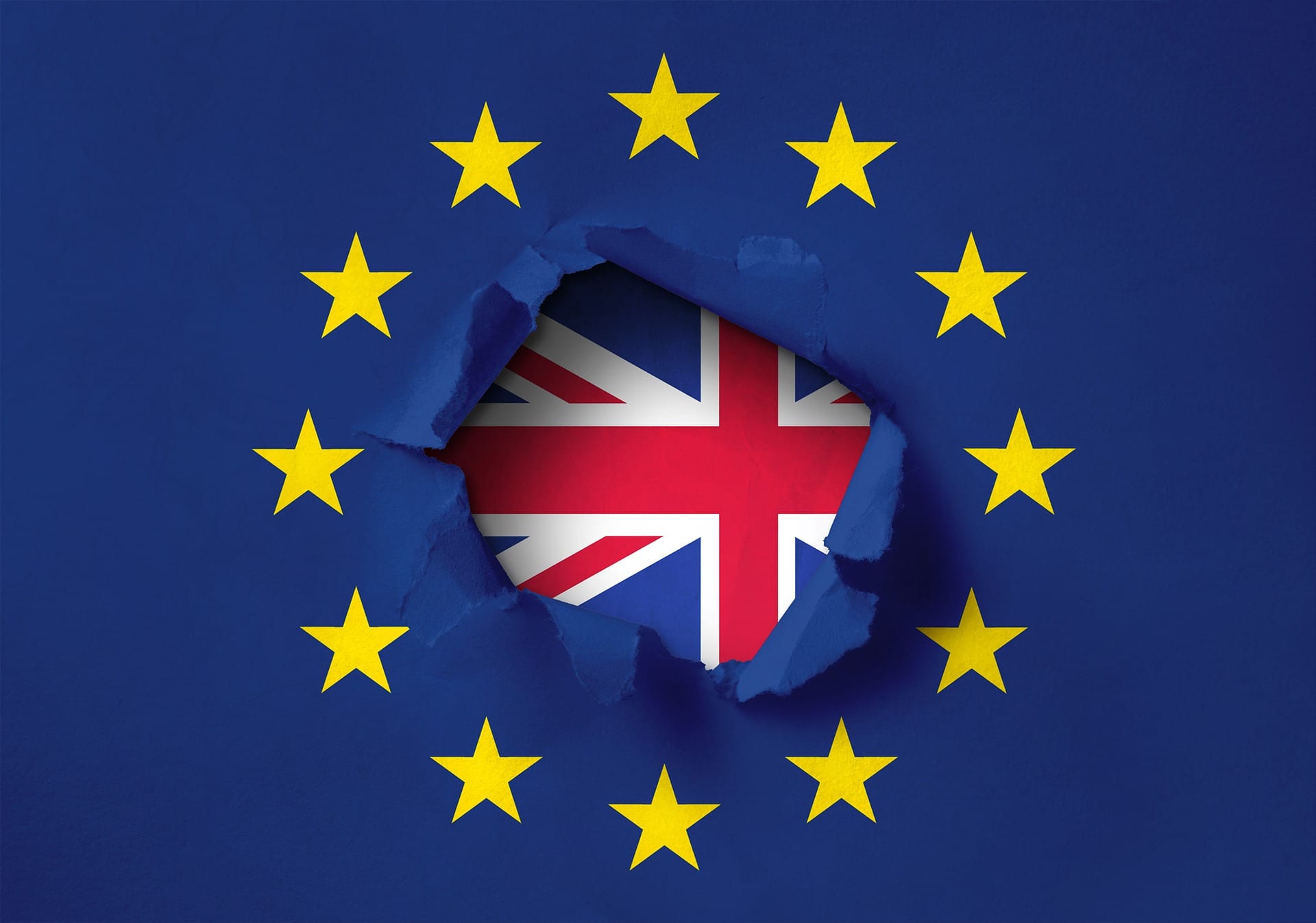 The UK’s unbending, effectively “no deal” stance – as outlined last week particularly in the Financial Times – is about to run up against the firm reality of the EU position, a copy of which has been obtained by the Guardian. Simply put, the EU wants harmonisation with the existing rule book, and the UK wants complete freedom from those rules/Brexit Business digest compiled by George Hamilton

Britain will have to guarantee “uniform implementation” of Brussels’s state subsidy rules while the European court of justice will hand down rulings to British courts, under the EU’s vision of the future relationship with the UK.

A 441-page treaty draft, obtained by the Guardian, spells out in full legal text for the first time the demands that Brussels will make of David Frost, the UK’s chief negotiator, in the next round of talks.

Across the board, the EU envisages a close relationship in light of the close economic and security ties of today, including an insistence that the definition of terrorism used by both sides should be based on a current directive as a price for cooperation.

The document appears to signal a weakening in the EU position in only one key area: its demands on fisheries, where the 27 member states had until now been seeking to “uphold” the current common fisheries policy (CFP).

The CFP relies on historical catching patterns to determine how much fish each nation can take. The new text acknowledges the UK demand for scientific advice to take precedence and for there to be annual negotiations.

Elsewhere, however, the draft treaty offers little succour to the British government, which insists that it will not sign up to any arrangements that involve continued direct application of current EU law or oblige parliament to implement new Brussels rules in the future.

Despite the British insistence that it will devise its own state aid rules, limiting the level of subsidies from the government for ailing airlines, steel manufacturers and other industrial actors, legal text drafted by Barnier emphasises the need for the UK to apply the EU’s own rule book and “harmonise” with Brussels as policies develop.

The draft treaty also insists that the UK will have to guarantee “non regression” on EU regulations on labour and social protection despite its withdrawal from the bloc.

On environmental standards, the EU insists that targets set by Brussels will also apply to the UK after it leaves the single market and customs union at the end of the year.

The regulations referred to in the document include industrial emissions, air quality targets and nature and biodiversity conservation.

The document also refers to harmonisation on “health and sanitary safety in the agricultural and food sector”, in a sign that the EU will resist changes to UK laws to allow the production of chlorine-washed chicken or hormone-treated beef.

The US government is likely to demand access to the British market for such produce, which would undercut UK farmers unless they too could change their practices.

The next round of negotiations between the two sides, which started last month, was due to take place next week but face-to-face talks in London have been cancelled in response to the coronavirus pandemic. Guardian 13 Mar

Macrete: ‘We may have to look at relocating some of our operation to the EU’

Richard Hogg is a director of Macrete Ireland, the precast concrete company, which has played a key role in the development of some of the UK biggest sports stadiums in recent years including Tottenham Hotspur’s football stadium and the home of Brighton & Hove Albion Football Club.

He is also a director of Precision Gear Services, an engineering company which specialises in wind turbine and industrial gear boxes. Both companies are based in Toomebridge in Co Antrim and employ about 200 people.

Mr Hogg is also a board member of the industry group, Manufacturing NI.

How is your business likely to be affected by Brexit?

We are already feeling the effect with customers from the EU questioning if they will have to pay tariffs in the event of a no deal and with one customer removing goods.

We are dealing with lots of deep questions and in-depth queries that we have never had to deal with before because our customers want to know what will happen after the end of the year.

When did you begin preparing for Brexit and what contingency plans have you put in place so far?

You need certainty – you need to know exactly what it is you are preparing for and we don’t know that yet and nobody seems to be able to tell us what Brexit will look like.

In the meantime we just have to get on with running our businesses. Depending on the outcome and whatever Brexit finally delivers, we may have to look at relocating some of our operation to the EU.

Are you examining new markets/suppliers and, if so, how practical is that?

One of the key advantages for Precision Gear Services at this time is that we are a small company that can move fast. But if there were to be any hold ups at customs in the future or extra layers of paperwork to deal with, that would just give our competitors an opportunity to step over the top of us. And we are talking about the big guys in the industry here: they would love to see that happening. It would be perfect for them.

My gut feeling is that we will get a deal of some sorts because I think even the hard Brexiteers, including the DUP, realise they need to come up with something at this stage.

How do you think the British government has handled the Brexit negotiations?

I would like to make one positive point about the Brexit negotiations and it is this – throughout it all, the business and farming bodies in Northern Ireland have come together and been united in their message to government that we absolutely need a deal. It is not very often we come together as one voice, it is pretty unique because normally we are all looking for different things, but when it comes as Brexit, we are united and I think it is very unhelpful if politicians ignore that. Irish Times 13 Mar

Brexit means coronavirus vaccine will be slower to reach the UK

The UK faces having to wait longer and pay more to acquire a coronavirus vaccine because it has left the EU, health experts and international legal experts warn today.

Academics and lawyers, including Mark Flear of Queens University, Belfast. say Boris Johnson’s determination to “go it alone”, free of EU regulation, after Brexit means the UK will probably have to join other non-EU countries in a queue to acquire the vaccine after EU member states have had it, and on less-favourable terms.

The UK will leave the European Medicines Agency (EMA), the body responsible for the scientific evaluation, supervision and safety monitoring of medicines, at the end of the transition period on 30 December. This means it will no longer be part of the EU’s regulatory regime, which allows for “accelerated assessment” of products developed by drugs companies during a pandemic.

The UK has already withdrawn from the EU’s emergency bulk-buying mechanism for vaccines and medicines, under which member states strike collective agreements with pharmaceutical companies, which speeds up their access to the latest products during a crisis. Observer 14 Mar

British negotiators had requested that UK nationals should be allowed to use “EU citizens” lanes after January 1 next year but were told that was not possible, according to two sources with knowledge of the negotiations.

As a result, UK travellers will need to join the same queue as other non-EU citizens, submitting to a physical passport inspection and receiving a passport stamp.

Subject to the outcome of negotiations, longer stays or business travel may require a visa, with the government warning that business travellers should check that their professional qualifications are recognised in different EU countries.

As well as using separate lanes to those used by EU citizens, the advice also warns that travellers may need to show a “return or onward ticket” and demonstrate that they have enough money for their stay in the EU country. The guarantee of free mobile roaming charges will also end. Sunday Telegraph 15 Mar

Danielle Hugman’s one-year-old daughter Willow-Rose is among the first people in the country to receive one. But the 25-year-old from Suffolk can’t remember how she voted in the 2016 referendum and says she has “no idea what Brexit is about”. Daily Mirror 16 Mar

“The government cannot claim that the UK is free of an EU level playing field or that it has control of its laws and borders as long as the Northern Irish Protocol stands” says Ben Habib, a former MEP

Mr Habib is chairman of Brexitwatch, a new body marking the government’s “homework” on its trade talks with the EU.

He says it is “impossible to award the government any marks in fulfilling [its] crucial promises unless and until the Northern Irish Protocol is unilaterally repudiated or cancelled by mutual agreement. The very sovereignty of the UK continues to hang in the balance” he said Daily Telegraph 13 Mar

With most at stake, Ireland must champion the UK in post-Brexit negotiations

Gareth Hagan, commercial Director of OCO Global writes: The status of [the UK/RoI] relationship will continue to be tested with the EU UK trade negotiations set to take centre stage later in the year. The new Irish government, regardless of makeup, will at that time need to change its adversarial stance towards the UK within the Brexit process.

With most to gain and most to lose, Ireland must champion an EU-UK trade deal which limits its uncertainties, protects both its and the UK’s economy, and advocates on behalf of its near neighbours. Daily Telegraph 13 Mar