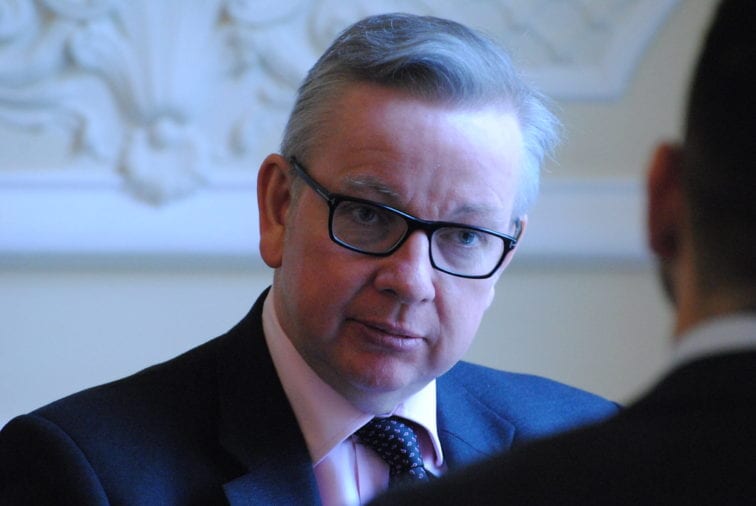 Post-virus – and after Brexit – everything is going to change. That’s the dominant view of national and international media. But how exactly do they see the future? This regular digest section gives some of their answers and views/Edited by George Hamilton

O’Neill condemns no extension to transition, but Foster says it gives “clarity”

No contact, no problem: remote courts go down a storm

In a move welcomed by business, Michael Gove said customs and regulatory checks for most imports would be delayed by six months from January as he admitted that the coronavirus lockdown had delayed preparations for exiting the transition period.

However, the European Union said it did not intend to follow suit and that UK exporters would be required to follow the new rules or face their goods being turned back at the border.

“I can assure everyone that the EU will continue to fully protect the integrity of the single market and the customs union, as well as its financial interest,” Maros Sefcovic, the vice-president of the commission, said.

At a meeting between Mr Gove and Mr Sefcovic the government formally informed the EU it would not be seeking an extension to the transition period due to end on December 31.

Mr Gove said “the moment for extension has now passed” despite a warning from the first ministers of Scotland and Wales that the move would lead to “avoidable” business closures and redundancies.

But in a concession to business groups that had privately warned of chaos at the border, Mr Gove backtracked from his previous insistence that the UK would impose full import checks on goods from January.

Officials said they had yet to identify a site for customs checks to take place after admitting that the port of Dover was not large enough to accommodate the additional infrastructure.

Under the government’s plan, from January tariffs will need to be paid on all standard imports but traders will have up to six months to complete customs declarations.

From April, meat, dairy and other animal and regulated plant products will require pre-notification and relevant health documentation.

It will only be in July 2021 that traders will have to make declarations at the point of importation and pay tariffs.

Ministers estimate that there will need to be 50,000 customs agents, freight forwarders and other experts in place to operate the new system in 2021 and promised a £50 million support package.

Officials said: “The border industry has been absolutely at the heart of the national effort to keep supply chains moving. It’s in recognition of the fact that they have been having to be focused on that, rather than making the necessary preparations for the end of the transition period.”

Mr Gove said: “We are able to take the sovereign decision to introduce arrangements in a way that gives businesses impacted by coronavirus time to adjust.”

Richard Burnett, chief executive of the Road Haulage Association, described it as a “pragmatic approach” but business leaders said there was still a pressing need for a deal to be struck with the EU.

“Both sides know that post-Covid recovery will be hugely damaged without an ambitious deal,” Josh Hardie, deputy director-general of the CBI, said.

Boris Johnson and the EU’s most senior officials will hold talks today, Monday, in an attempt to break the impasse in the Brexit negotiations.

Both sides have also agreed an “intensified timetable” of weekly negotiations starting from next month. For the first time this is likely to include face-to-face talks between the chief negotiators in an attempt to identify areas of compromise. The Times June 13

O’Neill condemns no extension to transition, but Foster says it gives “clarity”

Michelle O’Neill said the transition decision announced by Michael Gove was “shameful”. But Arlene Foster said it came as “no surprise”.

A senior retail figure, meanwhile, called for more clarity on the way ahead. Aodhan Connolly said companies and consumers need to know some details now, particularly on mitigating the costs of any friction in trade between Northern Ireland and the rest of the UK. He said an already herculean task had got harder.

Mrs O’Neill said: “It is completely careless and shameful for the British Government not to seek an extension to the transition period and it shows complete disregard for our local economy, which is facing a huge shock as a result of the Covid-19 pandemic,” she said.

Speaking to RTE, Mrs Foster said it was no surprise the Government had stuck to its stated position.

“That was the position they were elected on last December, that they would get Brexit done, that there wouldn’t be any extensions,” she said.

“I’ve been saying that talking to colleagues in the Executive for quite some time.

“So, not really surprised, I think what we really need to see happening now is clarity for our businesses.”

UUP leader Steve Aiken said he was not surprised by the announcement.

He said that four years since the Brexit vote there is still no detail on the plan, including provisions to offset the risk of additional costs of goods coming in from the rest of the UK, deal or no deal.

Mr Aiken said there has been no risk assessment of the implications of additional costs of trade with the “biggest market, that is the rest of the country”.

But he added: “The trade talks are probably now reaching the crunch point and that’s what we are seeing.”

Mr Connolly, director of the Northern Ireland Retail Consortium, said: “It is not unexpected… but we have been saying since January that to have everything in place to protect Northern Ireland businesses and consumers it will be a herculean task, and that has only got harder.”

Mr Connolly said businesses and consumers cannot afford the cost rises that will follow increased friction, adding that it takes time to properly put in new processes, new systems and to train people. “We need the detail now,” he said.

Mr Gove also announced the UK will phase in import controls over a period of six months between Britain and the EU, a reversal of a previous position that they would be introduced immediately.

No contact, no problem: remote courts go down a storm

Nearly 80 per cent of respondents in a survey in the UK, which questioned judges, lawyers and ordinary people who have used the digital civil courts, thought that the systems brought in rapidly to stem the spread of coronavirus had worked well.

The report from the Civil Justice Council, which surveyed 1,000 people, found that those who had used the Chancery division of the High Court were the most enthusiastic — about 84 per cent described their experiences of remote hearings as positive or very positive. The Queen’s Bench division also got strong results; 79 per cent of those surveyed had a positive reaction. There was more unease farther down the hierarchy. Only 66 per cent of feedback about the county courts was positive and 17 per cent of people had negative or very negative experiences.

Richard Susskind, a solicitor turned legal technology expert, acknowledges that the report will not be greeted warmly by all in the legal profession.

“Remote hearings have had a polarising effect, dividing the world of lawyers and judges into those who want to return to traditional practices as soon as court buildings open again, and those who see that many types of issue can be handled sufficiently well using video hearings,” he says.

“If your main focus is access to justice, it is hard to justify staying in the first camp.

“The report leads me to conclude that the best response to the challenges faced by lawyers, individually and collectively, is the widespread industrialisation of remote hearings.”

One finding in the report that could provide ammunition to those lobbying against remote hearings is that they do not always save money. Some respondents reported that remote hearings were more expensive because of the increased time they were required to spend on preparation. More advance work was needed, they said, because preparing electronic bundles and documents was more time-consuming. Arranging the logistics of the remote hearings also ate up more time because equipment needed to be tested.

Most negative responses were down to difficulties with technology and communication.

“Not being able to see the judge and other participants made it harder to engage and communicate well, making it harder to know how to present a case and when to speak,” the report said.

There were also complaints over difficulties in exchanging documents and taking instructions from clients and most respondents felt that audio or video trials worked well for simple cases but not those involving complex or contentious matters. The Times June 10 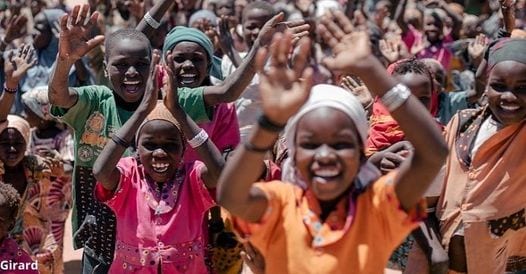 Walk for Women is an amazing cause – would you 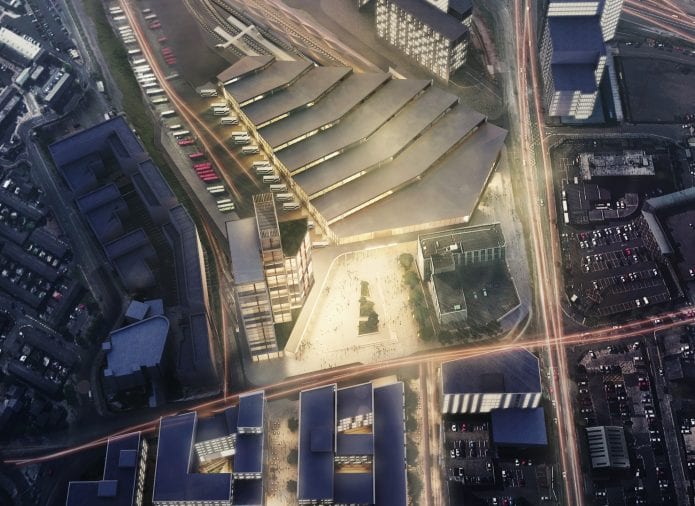 Belfast is in a unique position to take advantage of 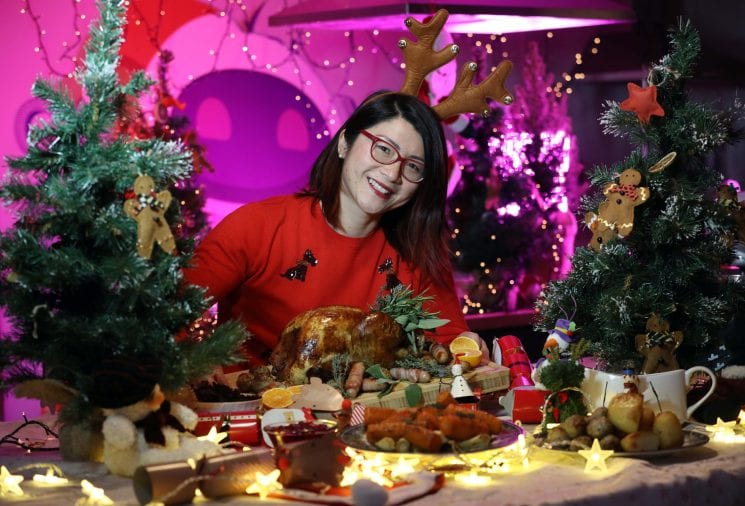 safefood teams up with home cook hero Suzie Lee to