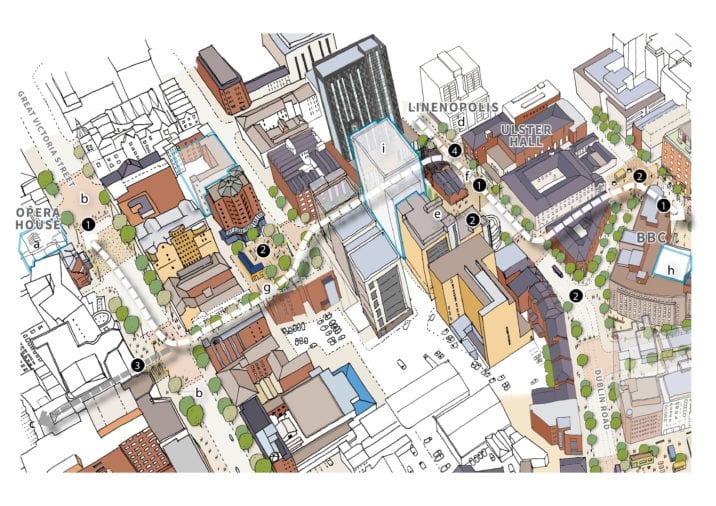 The Linen Quarter has launched a 360 degree video to let people see the vast range of attractions now available in the area – including bars, restaurants, hotels and tourist attractions all within easy access to the Great Victoria Street train and bus station.

The video shows the boundary to the district as far up as Filthy McNasty’s, right across to the Limelight and down past the Grand Central Hotel to the City Hall featuring iconic Northern Irish landmarks – The Grand Opera House and The Ulster Hall along the way.

Chris McCracken Managing Director of Linen Quarter BID said; “The Linen Quarter is rapidly emerging as one of the most exciting go to destinations in Belfast. Traditional anchors like the Grand Opera House and Ulster Hall have been joined by a new wave of hotel venues, bars and restaurants. The Quarter has benefitted from £250m of investment in the last 3 years and this video shows tourists and consumers exactly what we’ve been up to and what we have on offer – a great weekend destination for the whole family and vibrate nightlife all week long.”

Linen Quarter BID work on behalf of its levy payers to help shape the regeneration and improvement of the district. Their vision actively promotes greater public and private investment, but also advocates a much greater focus on liveability, with new public spaces and squares, improved residential development, and greater priority for walking, cycling, and public transport.