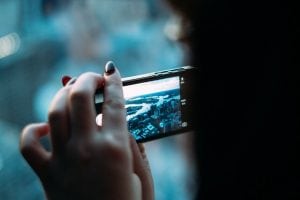 The boom in online games is contributing to the huge increase in revenue, thanks in part to income raised via microtransactions. Let’s examine the increasing importance of online gaming to the wider video game industry.

The value of online video games

While online-only video games such as Dota 2 and World of Warships are free to play, players can obtain cosmetic items including equipment, couriers and bundles via in-game purchases. These microtransactions have helped increase the value of the UK video games market, which in 2020 was estimated at £7 billion, with gamers spending £1.6 billion more on games compared with the previous year. It is estimated that the average gamer who purchases microtransactions spends £36 per video game.

The value of the online video game market is exemplified by the revelation that Activision Blizzard, the gaming company behind Call of Duty, made over £4.2 billion from in-game purchases, also referred to as pay-to-win, in 2021.

Innovations in the online entertainment sector

And exclusive online offerings have also extended to another area of the entertainment industry. Online live dealer casinos feature exclusive live game shows which are not available on any other platform. These games include Monopoly Live, an innovative version of the popular board game featuring a spinning wheel. It includes the Chance card, offering bonuses to players, while placing bets on 2 Rolls or 4 Rolls provides a bonus game to players when the wheel stops on these segments.

Another popular live dealer casino game is Deal or No Deal Live, an officially branded version of the popular TV show, which is the first 24-hour non-stop live online casino game in the world. The game features three rounds culminating with the famous briefcase round, featuring offers from the banker.

Evidently, the popularity of TV shows and board games has contributed to the success of these exclusive online games.

It is estimated that there are 3.24 billion gamers worldwide with the video games market worth an estimated £150 billion in 2021. Developments in online connectivity thanks to 4G and 5G and increasingly powerful smartphone technology in the form of iPhones has not only increased the popularity of online gaming, it has also given a boost to mobile games. Alongside exclusive online-only offerings such as Dota 2, the multiplayer online battle arena video game, there are also online versions of established video games such as Grand Theft Auto Online.

Indeed, the business model behind Grand Theft Auto Online has gone one step further with the introduction of a monthly subscription. The new service, known as GTA Plus, provides players with benefits such as in-game money, upgrades and vehicles in exchange for a fixed monthly fee.

The boom in online-only video games is likely to continue thanks to improvements in online connectivity and more powerful gaming PCs and smartphones. The attraction of free-to-play online games is obvious and gaming companies have been able to achieve revenue from these games by means of microtransactions which allow players to purchase items to help them compete with other players.