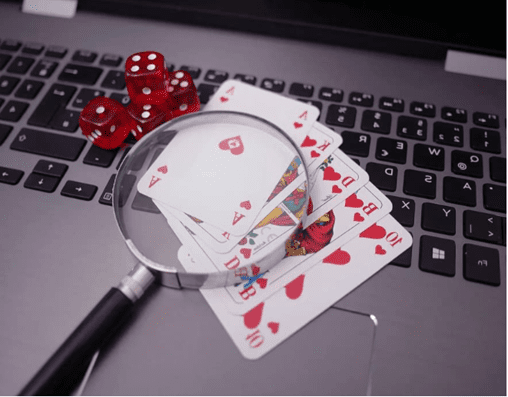 While Poker has roots in Europe, the Middle East and China, the version we are familiar with today was developed during the beginning of the 19th century in the United States of America. It is testament to the quality of the game that it is not only one of the most played card games, but one of the most popular pastimes in existence today.

For many of us, when we hear the word poker, our minds are drawn to the image of a group of middle aged individuals, dressed in tuxedos and evening gowns, gathered around a green felted table in an upmarket establishment. While this image is still valid in certain locations around the world, the reality for the majority of poker enthusiasts in the 21st century is very different. Simply put, the modern player plays the majority of their poker online.

The History of Online Poker

First, let’s take a look at the how online poker began in order to better understand why it is one of the main reasons why poker is as popular as it is today. Despite only arriving in the mainstream in the mid 1990s, the online poker industry is now one of the most successful in the world. While there were various software issues as well as a lack of options in the early days of online poker, it was clear from the beginning that if done right, there was a definite market for the concept.

The early 2000s saw the introduction of a number of new online poker sites and with the lessons learnt since its inception in the 1990s, poker sites began attracting more and more people. The so-called poker boom that took place between 2003-2011 saw some companies bringing in as much as one million dollars per day. As participation increased, it began easier for potential players to find full tables at a variety of different buy-ins and limits, as well as live tournaments to enter.

It was during this time that poker began positioning itself firmly in the mainstream. Previously, one had to attend a brick-and-mortar casino, the majority of which had strict dress codes and high buy ins, in order to play a game of poker. These establishments would often prove to be an intimating prospect for beginners and would therefore stop a large amount of people playing poker before they even had the chance to try it. Technology opened the door to potential players who could now give the game of poker a chance without the fear of embarrassing themselves. Furthermore, the majority of people work full-time jobs and have responsibilities outside of their professional ventures, which meant that making the time to commute to and from a casino would regularly prove to be too much of a stumbling block.

The Rise of the Internet

Fast forward to today and the vast majority of people now have high speed broadband in their homes as well as smartphones with constant access to the internet when they are on the go. The fact is that these technological advancements have completely transformed the game of poker on a fundamental level. In years gone by, engaging in a game of poker meant you had to commit a large amount of time in one particular place and at a particular time.

Along with this, you were not in control of the environment you played in, which has a direct impact on cognitive functions. Poker is a game that involves a large amount of concentration and if the noise levels were too high, the players were too talkative, the servers came to the table too often or if the room was too hot or cold, it could put players off their game. In this regard, technology puts you in the driving seat. You can choose when and where you play and so every aspect of the playing environment is up to you.

One of the criticisms that was often aimed at online poker when it first broke on the scene was that it could not live up to the social element of the game if the players were not sitting around the same table. Over the years, online casinos, with the help of technology, have addressed this issue with many players claiming that they now prefer playing online.

The improvements made in the sound and graphics have been extraordinary, but what has improved most is the ability to communicate with your fellow players via a variety of chat options. You can even communicate directly with the dealer in real time just as you would at a land based casino.

Moving With the Times

As we are all more than aware, the exponential growth of technology has had an incredible impact on the world in recent times with many countries now being referred to as smartphone societies, changing what it means to be human in the process. The current generation is completely different to the previous and poker has done exceptionally well to recognise and adapt to this fact. People no longer want to have to change the course of their daily lives in order to facilitate every activity they wish to partake in.

The world of poker has embraced technology with open arms, making it easy to play whether you are on the couch at home or backpacking across Europe. The success of poker’s commitment to technology is reflected in how well the online gambling industry is doing, and it shows no signs of slowing down. If anything, with virtual reality now coming to prominence, and online poker companies already looking into how best to use it, the future of poker looks like it will once again turn to technology in order to continue to revitalise the game.