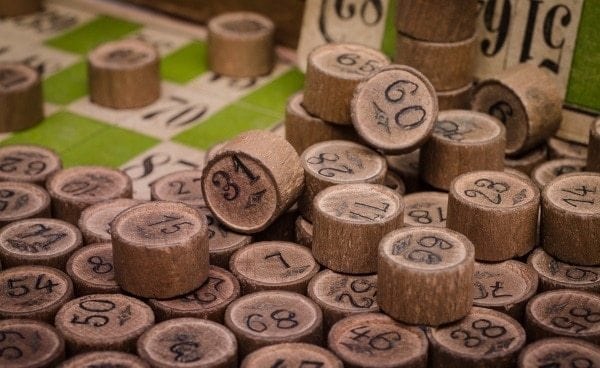 These days, gambling and specifically, online gambling is not a new name. There are many games that are popular in almost every part of the world. Poker, bingo, slots, and roulette are among the most popular gambling games. Bingo is really popular among the US as well as UK players for many years. The history of this game takes us back to over four hundred years in Italy, from where it is originated. Then the game made its way to neighboring countries like France, Germany, and the United Kingdom. It has become a mainstream game at the local casino since the beginning of the twentieth century.

Bingo halls, bingo evenings, bingo evening at old-age homes, and there are many things that show the popularity of this game. This gambling game has embraced new technological changes over the last few years. Now, players just need to sign in to any online casino or bingo website to play bingo online. Let’s dig deep into our title and discuss how bingo has adopted new tech innovation to be one of the mainstream gambling games on the internet as well.

The Success of Bingo at Online Platforms

As we said, online gambling is not a new thing these days, and if are aware of this entertainment industry then you might know that new things are embraced quickly to offer enriched gaming experience here.

And that has guaranteed the success of online bingo at the digital gambling platform. Millions of players play online bingo every month, the numbers of players are increasing every year. The game has adopted online casinos as its new home and reaching players’ homes through smartphones and PCs. There are a number of bingo sites online like 888 ladies that are using new tech to enhance the gaming experience. These things show that online bingo’s success is going to be continued in the future as well.

Virtual reality is the new tech innovation that is going to influence every entertainment business. It has been incorporated in the business sector as well as video streaming services. It has also become part of the gambling industry and bingo is accepting this new thing.

VR slots are popular at some online casinos, but VR bingo games are gaining attention these days. These new changes in the bingo games would provide a real bingo hall experience directly from the phones. The social element of the game is also going to be improved with the adoption of VR tech in the online bingo.

Not only online gambling platforms, but traditional casinos are seemingly increasing the bingo offerings in their game selections. The number of bingo club nights has increased in the last two decades. The gambling industry is on the move to break the myth of bingo as a game for elder players. Bingo club nights are the modern destinations for the players, where the players are offered new variants of the games with more digitization. This kind of bingo nights can give the proper environment and modern lifestyle to the players that their attention is not split.

Bingo club nights are not just an upgrade to traditional bingo nights, but it has become a totally new thing to target a new target market. This strategy has proven right for the providers as new generations find bingo club nights as a go-to destination rather than going to clubs to have some drinks. This totally new experience is really thrilling and engaging for every player.

Bingo nights and bingo events at bingo halls are great ways to offer bingo, but its online adoption has become really amazing and successful. The video streaming industry and online gambling industry have never stopped themselves from embracing new techs. New bingo variants, new gadgets to enhance the gaming experience, new graphics, and visuals, and many more things are updated every year.

As we said in our first point that millions of players are playing bingo online every month and the number is rising exponentially. This clearly shows that bingo has become more appealing on the online platform. Playing online bingo is more convenient than waiting for bingo events or visiting bingo halls.

Easier Access Has Made Bingo A Prime Game at Online Casinos

Online casinos have made bingo as one of the major casino games. They have become successful in breaking the myth of bingo’s association with only a certain group of people. Online gambling sites offer quick access to the bingo games and that too with the number of new bingo variants. The new additions of graphics and variations to the traditional game have made playing bingo more interesting to the young players as well.

Players have a wider choice in the selection of bingo games as well as in the choice of service providers. A smartphone with an internet connection promises to give easier access to bingo online. And intuitive graphics, engaging game types, and other enriching are enough to provide the perfect gambling atmosphere. Even with all these new technological changes, the main core of bingo is not lost and that has made bingo as a predominant game at online gambling platform.