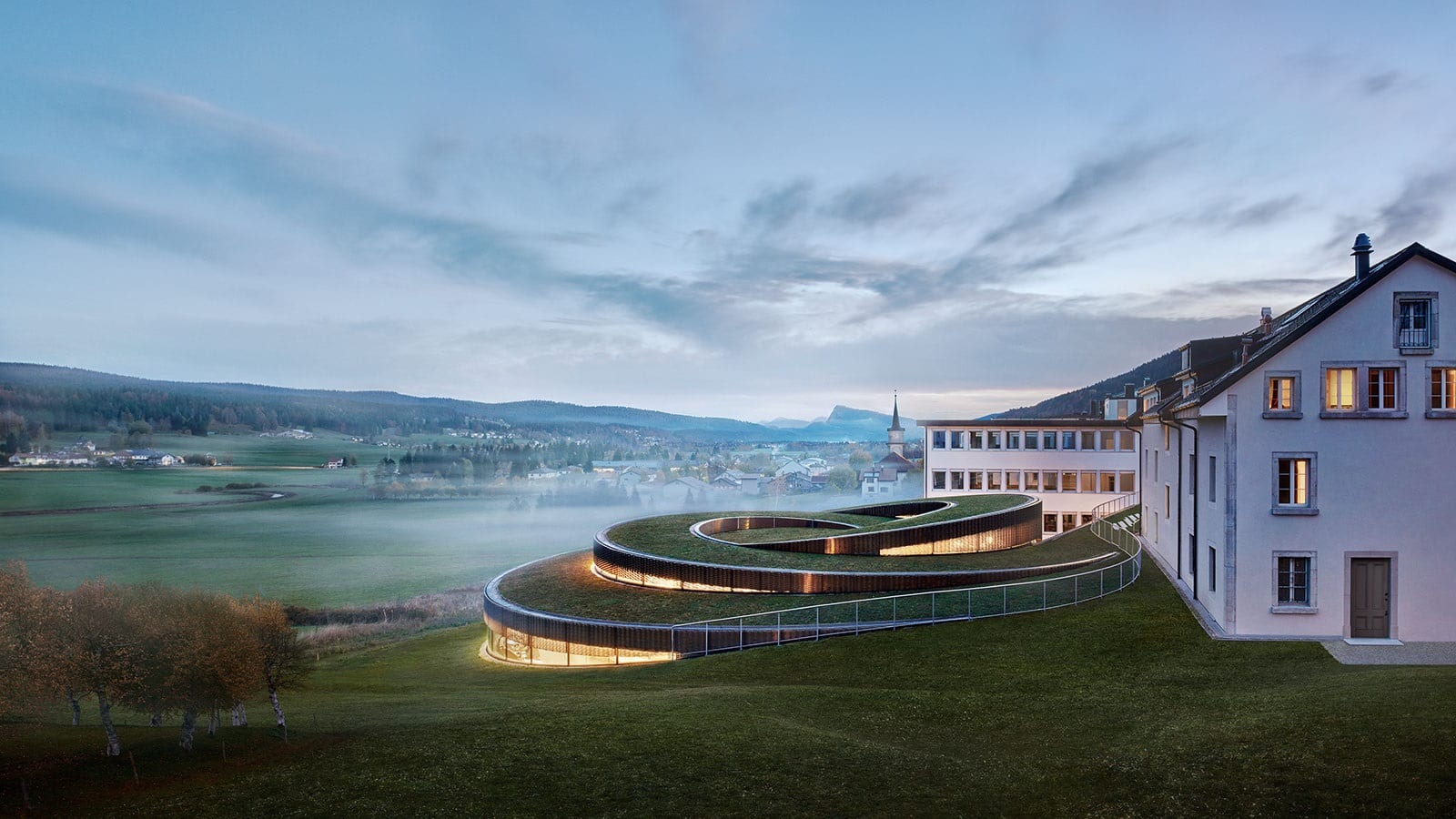 Swiss luxury watchmaker Audemars Piguet recently completed construction of its new museum which was a part of the massive expansion plan for the company headquarters in Le Brassus. The plans for the museum were announced in 2014, and construction was finished last month. The public will, however, have to wait until the end of June to visit the premises. Audemars Piguet even launched a new vintage-inspired watch to commemorate the occasion.

Musée Atelier Audemars Piguet was designed by the Danish Bjarke Ingels Group (BIG), the company responsible for the new Google headquarters in North Bayshore. The museum takes the shape of a low-slung spiral gently rising out of the ground behind the Audemars Piguet headquarters building, occupied by AP since 1875. It is almost entirely made of curved glass and clearly draws inspiration from the shape of a balance spring.

A garden covers the steel roof, which is in turn supported by a total of 108 panels of structural glass. The design blends seamlessly into the Vallee de Joux’s pastoral landscape and seems to have always been part of the heartland of Swiss watchmaking. A brass mesh covers the glass exterior, regulating light and temperature during the day.

If you decide to visit the museum, you will be guided through the spiral shape. You will begin by going clockwise towards the centre, before switching directions and unwinding to the exit. On your way, you will have a chance to see around three hundred watches, the oldest ones dating back as far as the 19th century.

The centre of the spiral is home to a selection of the brand’s proudest achievements and most complicated watches, including the huge Universelle pocket watch made in 1899. As the spiral unwinds, visitors are taken forward through time, ending the tour with a showcase dedicated to the company’s present — the AP Royal Oak collection.

Those who are well-versed in French will notice that the atelier from the museum’s name translates as ‘workshop’. This means visitors of the museum can also observe watchmakers put together the most complicated AP watches over a period of several months. These watches combine a perpetual calendar, split-second chronograph, and a minute repeater in one device. It is also possible to observe the creation of high-jewellery watches, each sporting a six-figure price tag. Highly skilled engravers and gem-setters do their daily work here.

Audemars Piguet’s plans don’t end with the museum, as the reconstruction of the company’s hotel located on the premises is currently in progress. The Hotel des Horlogers is envisioned to be a rustic yet comfortable and luxurious place, home to a classy Le Chronographe restaurant.

Plans to reopen the hotel are set for the summer of 2021. Upscale accommodations will be new to this area, which is why the people at Audemars Piguet don’t expect the 60+ rooms ever to be vacant. 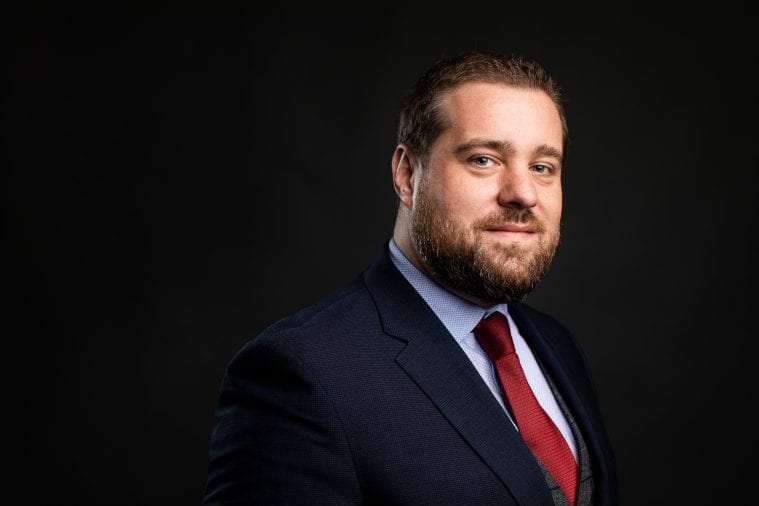 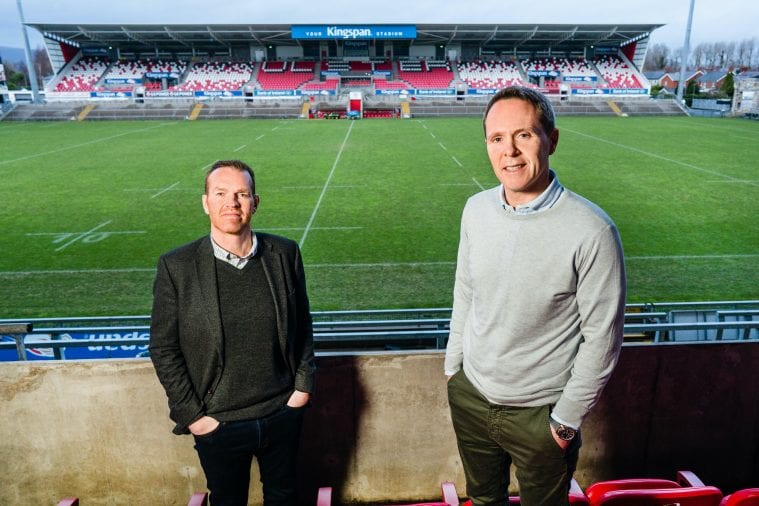 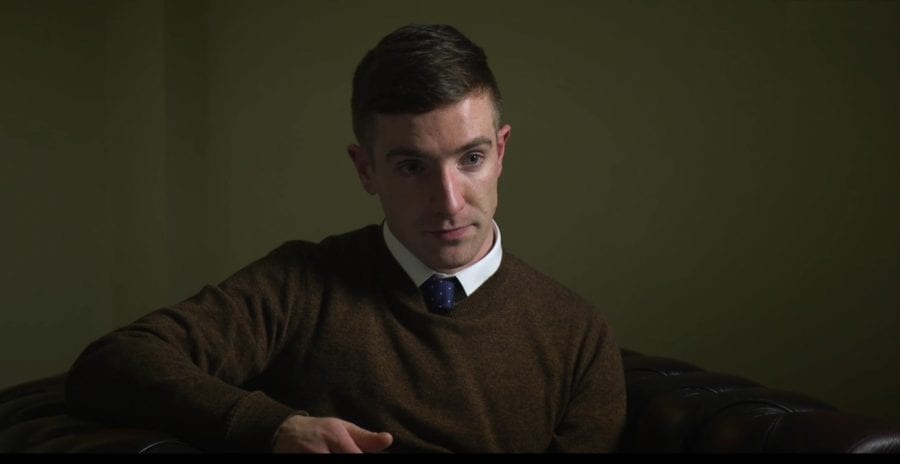