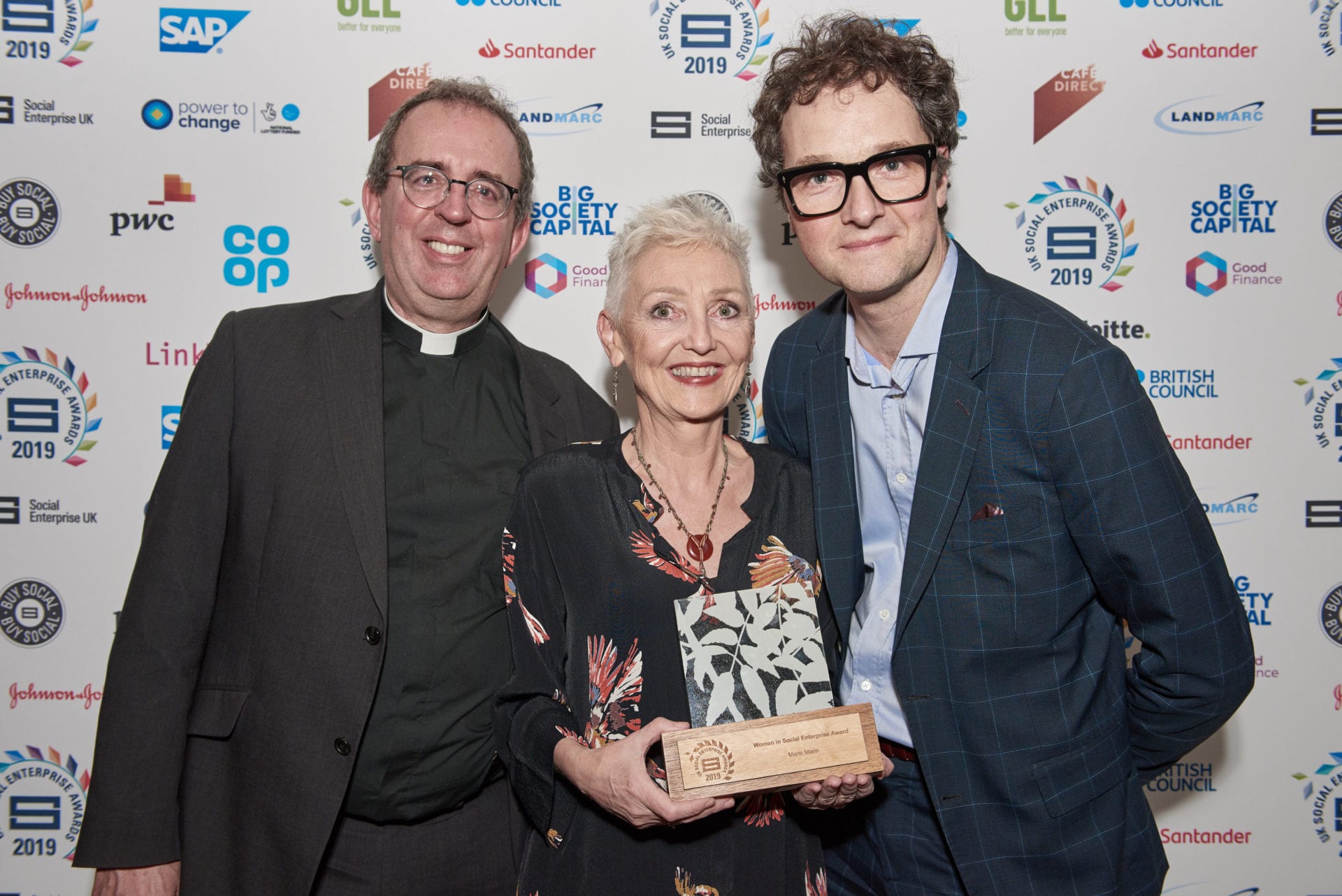 This year sees Employers For Childcare celebrate its milestone 20th year under Marie’s leadership. She founded the organisation as a small community project and has grown it to be a self-financing Social Enterprise, which has invested £6.7 million into its charity to help parents to get into, and stay in, work.

Speaking after the ceremony, Marie commented: “I am so humbled to accept this Award and to have been recognised by my peers from across the Social Enterprise industry in the UK. 2019 has been a challenging year for me personally, but has seen Employers For Childcare reach new heights with the opening of our brand new, £2.5 million indoor adventure centre, High Rise, which we have developed to meet the needs of families, particularly those with special and additional needs. High Rise is our newest Social Enterprise business, and 100% of the profits will be invested in our charity, so every time a family or group enjoys a visit to the centre, they will know they are helping parents locally and across the UK”.

“Being presented with this Award is the pinnacle of what has been a hugely successful 20th year for Employers For Childcare, having been recognised as Social Enterprise of the Year in Northern Ireland and following the opening of High Rise. I’d like to thank everyone who has supported us, and particularly our staff, who are as passionate about social enterprise as I am!”

In praising her fellow nominees Marie continued; “It is an honour to have been recognised alongside such inspirational women who have done so much to generate positive social change around the UK.”