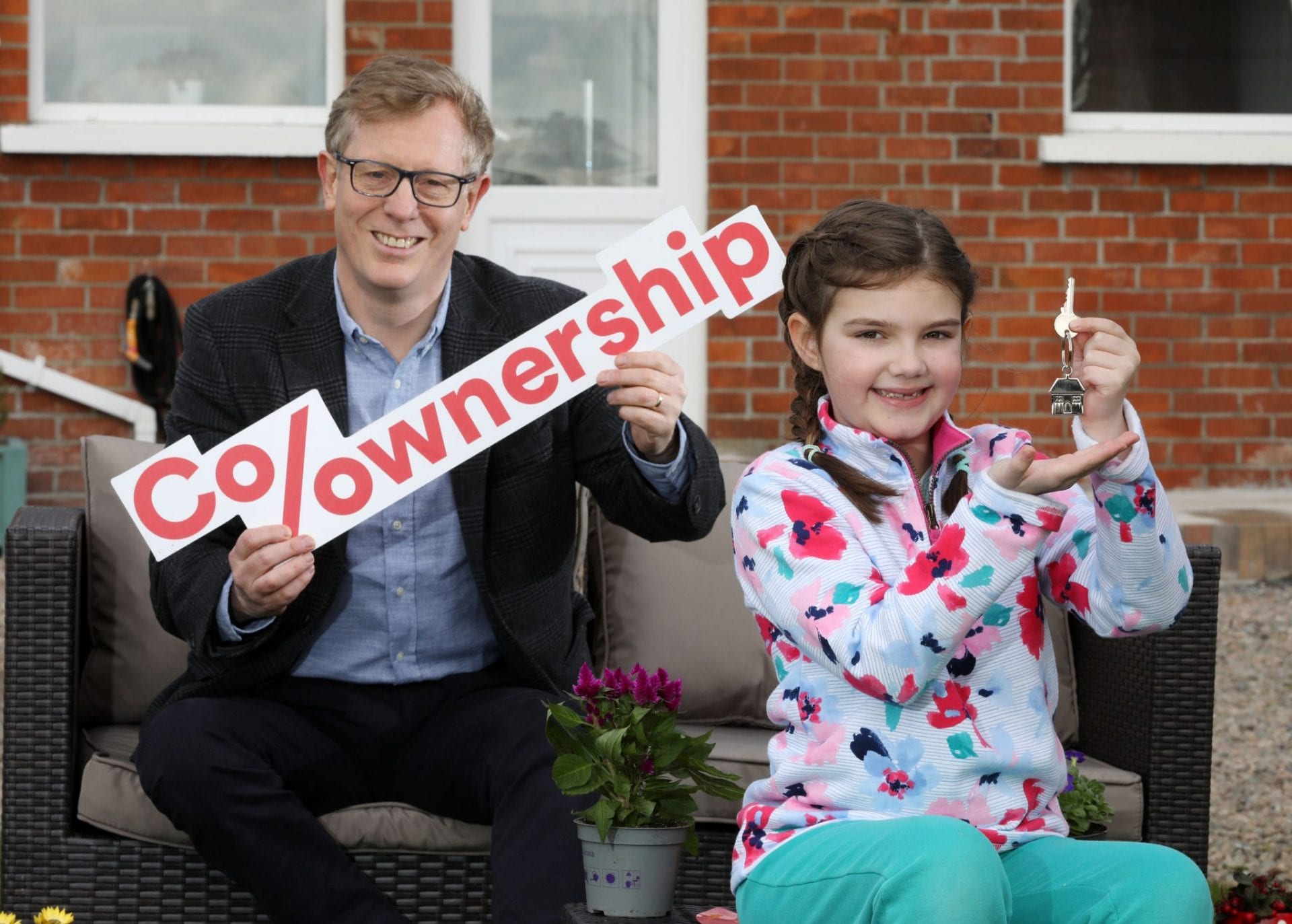 In the last 12 months to March 2021, Co-Ownership has helped more than 1000 households into home ownership, the majority of which were first time buyers.

Despite being closed for 3 months due to the pandemic, Co-Ownership has seen unprecedented levels of demand since reopening in June 2020. This was due to the tightening of lender criteria and the withdrawal from the market of low deposit mortgages.

With the support of additional funding of £13m from the Department for Communities, Co-Ownership will also be able to help more than 400 additional home buyers who previously would not have been able to obtain a mortgage but are now unable to do so. This extra provision was announced in January 2021 and will facilitate the delivery of these much needed additional affordable homes before the end of March 2022.

Minister for the Department for Communities, Deirdre Hargey MLA, said: “I congratulate the team at Co-Ownership for their successes over the last 12 months, particularly given how challenging a year it has been. The work Co-Ownership does is very important to the local housing market.

“Home ownership has a hugely positive impact on our economy and the wellbeing of our society, and I am delighted that funding allocations from my Department have supported Co-Ownership to provide affordable and alternative options to people that would not be able to otherwise own their own home.”

From March 2020 to March 2021, over 500 co-owners have bought out the Co-Ownership share in their home, achieving their dream of becoming full homeowners.

A recent study by Co-Ownership revealed just how important owning a home is to people in Northern Ireland with 78% of those surveyed reporting improved health and wellbeing and 79% reporting improved financial security having become homeowners.

Mark Graham, Chief Executive at Co-Ownership said: “To have supported over 1000 people into homes during the last 12 months is a great achievement. I am very proud of our team who made home ownership possible for our customers during such a challenging year.

“It’s both rewarding and motivating to know we have helped over 30,000 people into home ownership since 1978, and that more than 20,000 of these households have gone on to buy us out fully. This enables us to help even more people buy a home.”

Co-Ownership is available on properties up to the value of £165,000 across Northern Ireland. Successful applicants buy the share of a home they can afford (between 50% and 90%) through lenders offering Co-Ownership mortgages. Co-Ownership covers the cost to purchase the remaining share and as they become able to, co-owners can increase their share bit-by-bit until they own all of their home.

Mark continued: “We know that owning a home has a positive social impact on wellbeing and that this in turn has a knock-on effect on our economy. Yet home ownership remains out of reach for so many. We are proud of the role we have played to date in making home ownership more accessible to people across Northern Ireland and we look forward to continuing this work with the support of our partners throughout 2021 and beyond.”

To find out more about Co-Ownership, visit www.co-ownership.org.