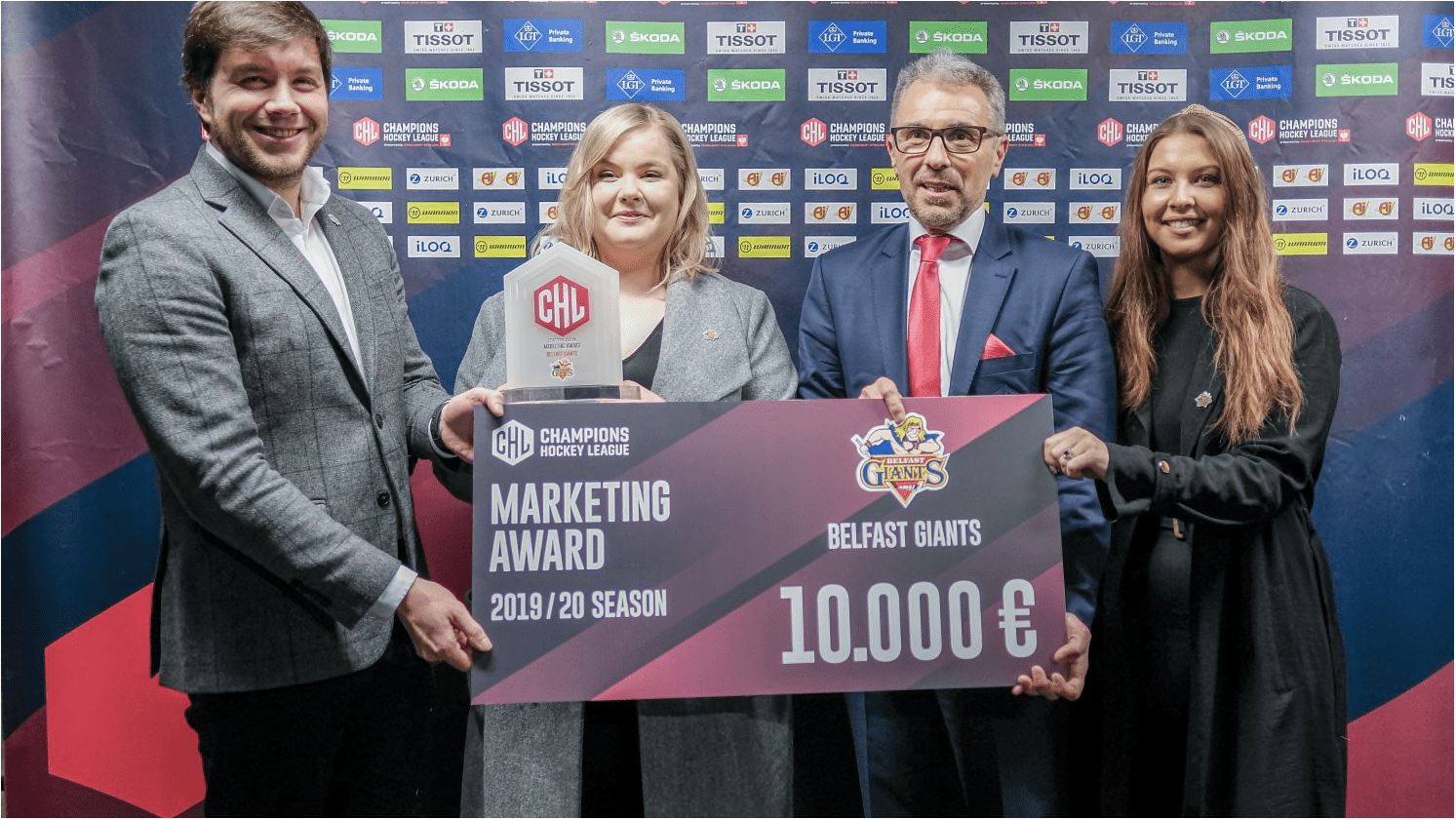 The Belfast entry, driven by the Odyssey Trust Commercial Team, were the overwhelming choice from the 32 teams competing in the 2019/20 season of Europe’s top ice-hockey competition.

The Giants made their CHL debut in this season’s competition thanks to winning the 2018/19 Elite League as well as clinching the silver medal in the IIHF Continental Cup on home ice.

The Giants showed engagement and commitment to the Marketing Award from the launch at the CHL club workshop in May and throughout our first ever Champions Hockey League campaign.

The CHL Marketing Award was presented to the Giants at the recent Champions Hockey League final in Hradec Králové, Czech Republic.

Belfast became the second winners of the prestigious CHL Marketing Award, following on from Poland’s GKS Tychy in 2018/19. The Polish side earned second place in 2019/20 while KAC Klagenfurt of Austria finished third.

The Giants presentation earned high praise from the Champions Hockey League as it included bespoke marketing campaigns, considerable engagement on social media channels, partnering with tourism organisations as well as hosting the CHL trophy for a promotional tour of Belfast.

All of the above and more resulted in effective awareness around Belfast as well as impressive attendances at The SSE Arena, Belfast.

Mark Brooks, Sponsorship and Relationship Manager, Ann Graham, Marketing Manager and Rachael Clydesdale, Marketing and Communications Executive at the Odyssey Trust accepted the award on behalf of the Belfast Giants at the CHL Final in Hradec Králové.

The team commented: “We are honoured to become the second winners of the Champions Hockey League Marketing Award.”

“We loved our inaugural season in the CHL and the Teal Army really got behind the team in their numbers to help us become the first ever to win all three CHL prizes – the Marketing Award as well as both Fan Challenge Awards.”

“We look forward to the Giants qualifying for the CHL again so that we can defend our titles!”