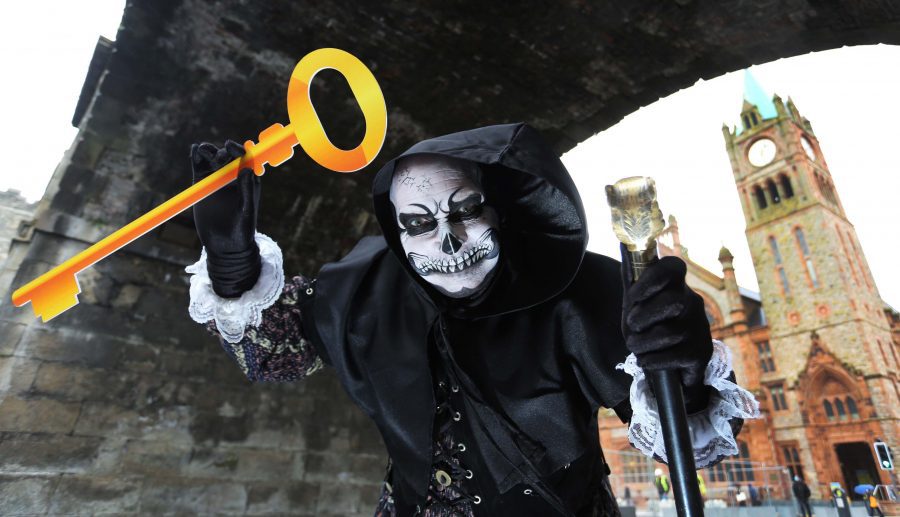 As a festival city, Derry~Londonderry is renowned for its buzzing atmosphere and hosts a plethora of international festivals and events, including Europe’s largest Halloween Festival. While COVID-19 may have rained on this year’s traditional Halloween parade Visit Derry is looking forward to welcoming visitors to enjoy Derry’s Spook’tacular Halloween extravaganza.

Entitled ‘Awakening the Walled City’, the Halloween celebrations will see an array of unforgettable sights, characters, and digital wonders take place at key locations from Friday 29th until Sunday 31st of October, between 5pm and 10pm.

Highlights of Derry Halloween will include several illuminated worlds spread across the city along with Ireland’s first ever digital LED installation. The bespoke 360-degree structure will use film, animation, special effects, and augmented reality to create a spectacular lightshow that will enchant audiences with its striking visual display. The show lasts approximately 8 minutes and will play continuously throughout the three evenings of the festival.  There will also be magical storytelling, bewitched, hidden spaces and dazzling displays popping up throughout the city.

“Recognised as the best Halloween destination in the world, Derry Halloween is a shared celebration of wonder and folklore where the unbelievable seems believable for a few enchanted days and nights,” said Odhran Dunne from Visit Derry.

To ensure no one misses any of the ghoulish goings on, the city will play host to several fantastical and adventurous illuminated worlds, each with its own programme of activity featuring a range of installations, large scale inflatables, aerial acrobatics, dancing flames, displays and animation.

Worlds One, Two and Three are in Derry City itself, while World Four is in neighbouring Strabane town centre and World Five in Buncrana, Donegal.

One thing the city residents, and visitors, do incredibly well every Halloween is dress to impress! Organisers are hoping that everyone gets into the spirit of Derry Halloween – mums, dads, the kids, friends and even the dog – and wears their funniest or scariest costumes.  To join the spooky fun online share your pics using #derryhalloween.

Odhran continued: “Derry~Londonderry is known for its love of Halloween and this year we look forward to safely welcoming visitors over three thrilling days. Derry Halloween encapsulates all that makes the city special and with a huge selection of experiences on offer across Derry~Londonderry visitors will be spoilt for choice.

“Not only are they guaranteed the famous Derry~Londonderry warm welcome, but they will also enjoy the vibrant atmosphere, the tastes and smells of the LegenDerry food scene and the opportunity to immerse themselves in our rich cultural heritage. There’s something to do for the whole family.

Event organisers, Derry City and Strabane District Council have plans in place to ensure this year’s Halloween celebrations are Covid-safe. Lots of open spaces allow for social distancing, enabling visitors to enjoy experiences at their leisure. Signage will give advice on how to ensure visitors safety and event staff will be on hand to remind people of the guidelines. There will be various one-way systems across the city and hand sanitation stations available. 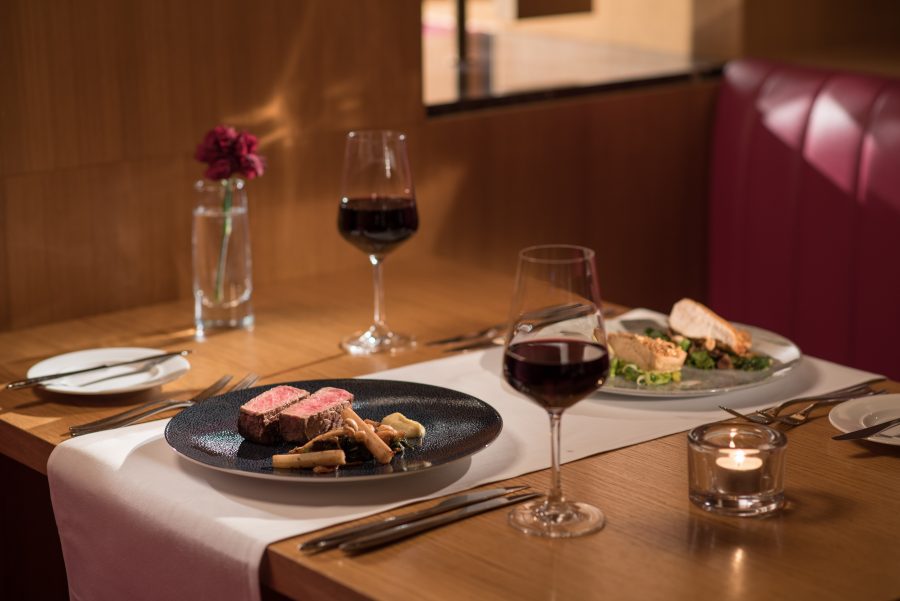 Fitz must be love at Fitzwilliam Hotel Belfast

Located in the heart of Belfast city centre, The Fitzwilliam 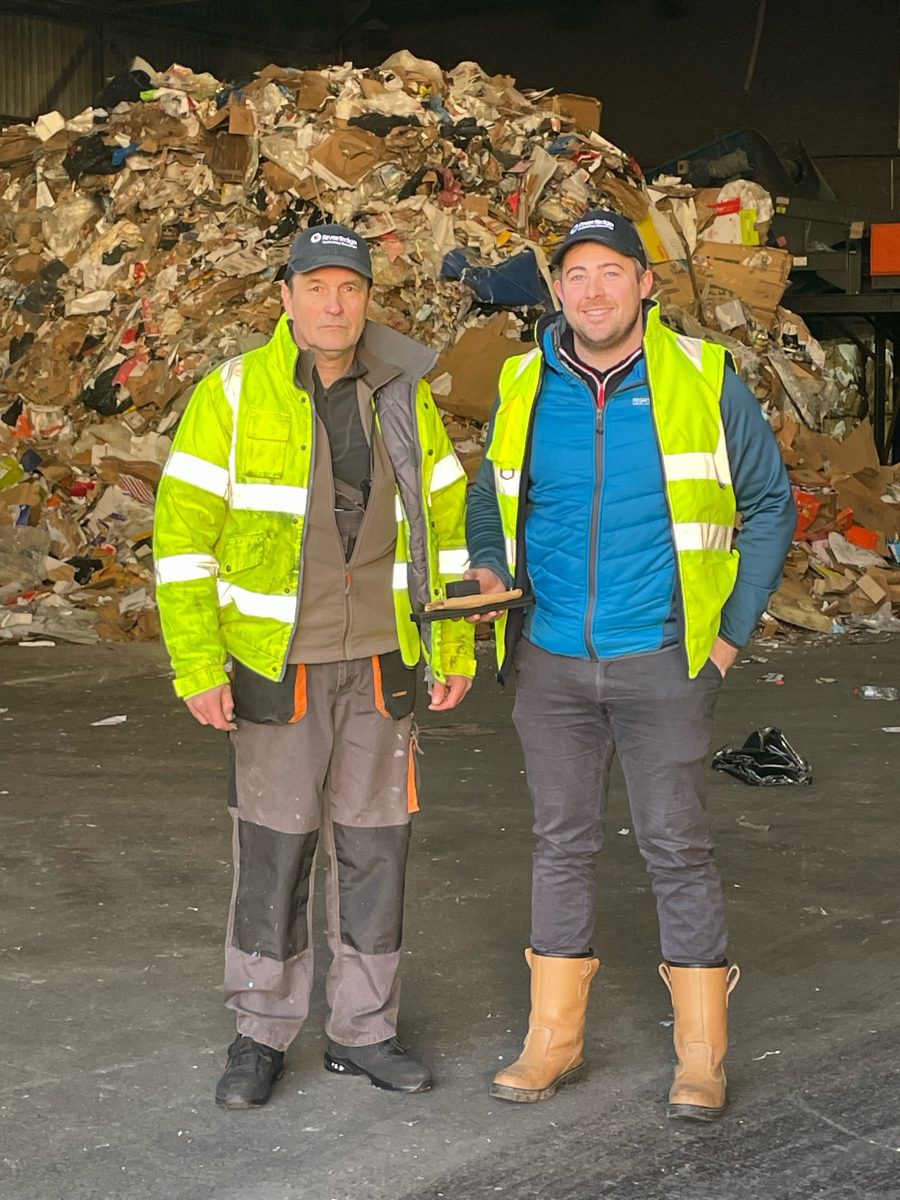 Waste Management company, RiverRidge has helped to reunite a Scottish 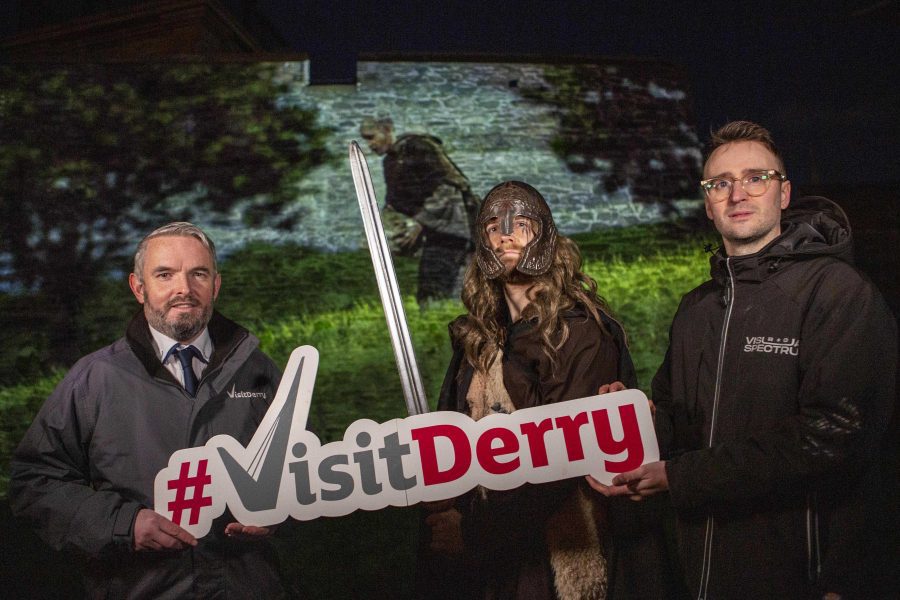