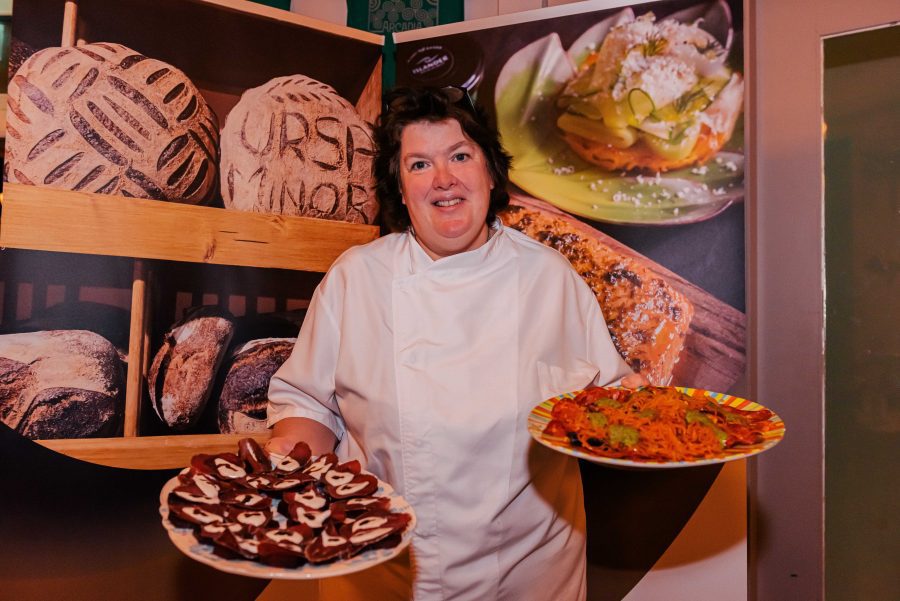 The demand for Slow Food in Northern Ireland has soared over the last decade, thanks to a change in consumer preference and attitude towards their food choices and following the launch of Slow Food Causeway by Taste Causeway in November 2021, there is no better time to get involved in the grassroots movement that seeks to promote good, clean and fair food and acclaim local products and traditions.

​​Slow Food Northern Ireland is part of a wider non-profit, eco-gastronomic organisation that has around 100,000 members in over 150 countries which originally started in Italy by Carlo Petrini in 1986, who rebelled against the arrival of the American fast-food chain McDonalds in Rome.

“I like to describe Slow Food as the way our grandparents sourced and cooked food. They reared a pig and used all of it. They would have preserved some of it for the winter. They grew veg and they would have been naturally organic then. Everything would have been grown seasonally. You’d have thought about what was going to be available and you grew accordingly. It’s the opposite of fast food.” Paula explained.

After her trip to Turin in 2014 to represent the UK in the Terra Madre kitchen, Paula was offered a seat on the Board of Directors and became truly involved in 2015.

“I got involved with the movement in 2014, but before that, I had always been interested in seasonal food and local food before it was trendy. When I started in the late 80s, I liked using local things. Then Slow Food articulated for me what I was trying to do, it is what I do. “I’ve met so many friends through Slow Food, it’s not just business and networking.”

“We realised early on with Tourism NI that visitors coming here want to experience food of the place and they want traditional recipes so we might be self-deprecating and say ‘who would want to be arsed with a soda farl?’ but they actually love it and the story behind it.

“There needs to be storytelling and a celebration of our heritage. At the end of the day what matters is that what’s on the plate tastes really good.” Paula said.

There has been a wonderful wealth and breadth of expertise and styles of cooking showcased in the foodie experiences, bringing together different cultures and introducing exciting flavours to our palates.

With more sell-out events to be held lasting until the end of April 2022, it is a testament to consumers across Northern Ireland who are still continuing to have a strong interest in the programme that showcases the Slow Food ethos and supporting local artisan producers.

“I know that a lot of the producers say that they really have become a lot busier recently. People were trying these different foods.”

“There’s always going to be people in NI who want a roast beef dinner….you can’t beat it now and again. But I think a lot of young people travel and try things, street food and those exciting flavours.

“The good thing about the whole street food movement is that young people can taste really exciting flavours that aren’t going to break the bank. Food has become good food, has become more realistic, and you can get it more. That’s a big thing.”

As conversations open up globally about climate change and ways to adopt a more sustainable lifestyle through food consumption, Northern Irish consumers are leading the way and have become more educated and conscious about their food habits than ever before, resulting in a greater demand for fresh ingredients that are both nutritious and local.

Typically, many popular Slow Food artisan specialties are loved by both locals and tourists alike, however, customers must know what to look for when they are engaging with a producer or retailer or hospitality venue.

Paula encourages people to ask questions: “If you’re looking at the menu and it doesn’t say where the steaks come from, just ask.”

Education is also key in pushing the movement forward and customers are encouraged to challenge outlets if they see something that doesn’t align with Slow Food values.

“Restaurants will put ‘local sea bass’. You need to call them out on that cos we’re not allowed to fish commercially for sea bass off our waters.”

“It’s illegal if you put it on paper. All the seabass we have on the menus would be coming from Turkey, so I think you need to ask people why they don’t have Seaview Farm pork on the menu. It’s expensive but you can use cheaper cuts. You can call out where veg comes from locally.” Paula explained.

With new and innovative artisan food businesses popping up across the province, there is more scope for both consumers and businesses to implement the Slow Food principles.

“You’ve got to embrace it or not embrace it. It has to be a holistic approach. The whole business needs to think about it.” Paula said.

Through our food choices, we can all influence how food is cultivated, produced and distributed and in turn protect traditional foods on the island and change the world as a consequence.

For more information about how you can get involved with Slow Food Northern Ireland, visit slowfood.tastecauseway.com or follow the hashtags #SlowFood and #SlowFoodCauseway.

Slow Food International was founded in 1989, as an organisation which campaigns for good, clean and fair food across the world.

Slow Food is one of the world’s largest NGOs with offices in 150 countries and growing.

They campaign on issues of food heritage, quality, the right to good food for all, health, education, climate, the role of women and those less often heard, and food sovereignty.

Everything they seek and do is governed by three words: Good. Clean. Fair.

Taste Causeway is an All-Ireland Foodie Destination Award Winner and an accredited Slow Food Destination. We epitomise the brand values of NI destination brand Embrace a Giant Spirit. Come and experience the products and the people, which make this a must-see place for genuine food lovers.

#tasteunrivalled captures the many elements that come together to make our food and drink offering truly exceptional.

We also care about the safety of our customers and staff in the current Co- Vid environment. Many of our businesses have undergone bespoke health and safety training under the Taste Causeway Safe and Alert accreditation and are further accredited under the NI Good to GO scheme.