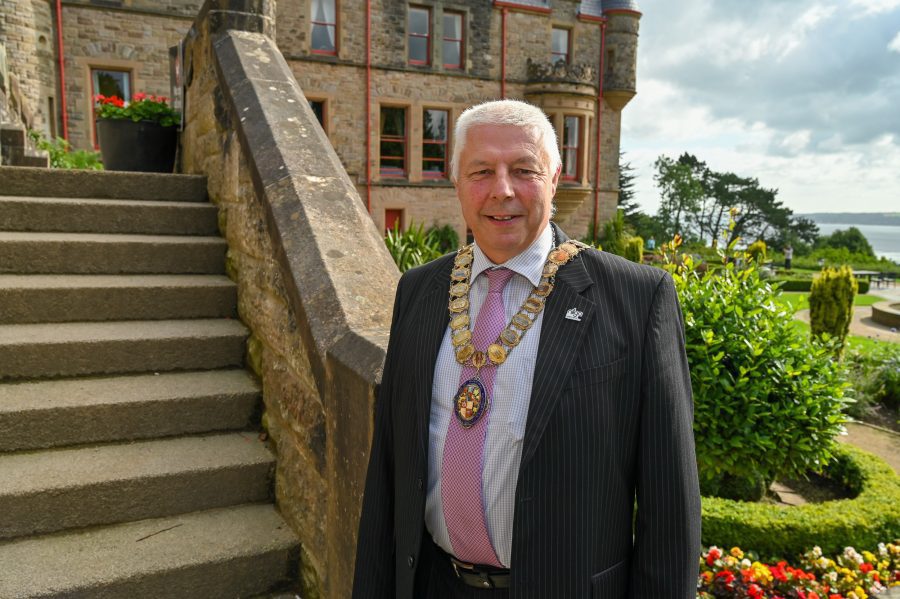 The new President of the Northern Ireland Local Government Association (NILGA) has called on the NI Executive to ‘get real’ about local government and recognise local councils as being absolutely essential to Covid recovery.

Speaking at his inauguration at NILGA’s AGM this morning at Belfast Castle, the Newry, Mourne and Down Councillor Robert Burgess (UUP) outlined what local government can do to make Northern Ireland a more inclusive and sustainable place to work, live, visit, and do business in.

The Covid pandemic has seriously hit the finances of the 11 local councils, as revenue streams like leisure and tourism facilities, off-street car parking and other vital services were forced to reduce or stop.

Laying out his vision for the next 12 months, Cllr Burgess stated that improvement within councils themselves would be key, focusing on areas like learning and development, new ways of providing services, and prioritising issues like recruitment, back-office services, planning, and economic development.

He also looked ahead to the COP26 UN climate summit being held in Glasgow in November, followed by NILGA’s annual conference in Bangor on November 24th, with the Association showcasing the positive climate work of all our councils.

Speaking at the AGM, new NILGA President Cllr Robert Burgess (UUP, Newry, Mourne and Down District Council) said: “While I don’t underestimate the challenges facing local government right now, I am excited to take up this role on behalf of our 11 local councils. After nearly 18 months of operating during the pandemic, we are more financially strapped than we were before Covid, while our capacity and resources remain stretched to the absolute limit.

“It’s time that central government at Stormont and Westminster got real about the challenges facing our councils, as well the opportunities of devolving powers and resources to them. Local government remained stable when Stormont was down for three years. We deliver day in, day out for our constituents and local citizens. While we have had a commitment from central government that powers like town and city regeneration will finally be devolved down to councils, we need to see words followed by action, including the progression of important legislation like an all-encompassing Devolution Bill.

“As NILGA President, I plan to work collaboratively with all 11 councils, members, senior officers, council officials and Stormont to redefine the relationship between central and local government in our region. I will work tirelessly to get the proper funding and resources that we require and deserve. Despite everything that it contributes to our communities, local government equates to less than £900 million of Northern Ireland’s annual public sector budget of £24bn. Councils can be hubs of economic vitality and lead the recovery from Covid-19, but they need the right tools and resources to do so.”

Outgoing NILGA President Cllr Matt Garrett (Sinn Féin, Belfast City Council) said: “It has been a privilege to be President of NILGA over the past year. As an organisation, we have worked tirelessly and collaboratively with partners and stakeholders across the public, private and third sectors to deliver solutions for our communities, in the toughest of circumstances.

“Covid has dominated my presidency, but I am immensely proud of what we have achieved in this time. I want to thank my local government colleagues in all parties and independent members, as well as officers right across the 11 councils, for their positive solution-finding attitudes, and our partners in the Assembly and Executive, for their significant support which has helped our councils stay afloat.

“I have seen the very best of local government, in the worst of times, when our existence was called into question. I sincerely hope that our councils are recognised fully by those at Stormont with a new deal for local government, which properly finances and resources us, and allows us to deliver better and faster for our communities.

“I wish Cllr Burgess every success for the next year and I and my colleagues in the cross-party NILGA Executive will support him and the rest of the team at every turn.”