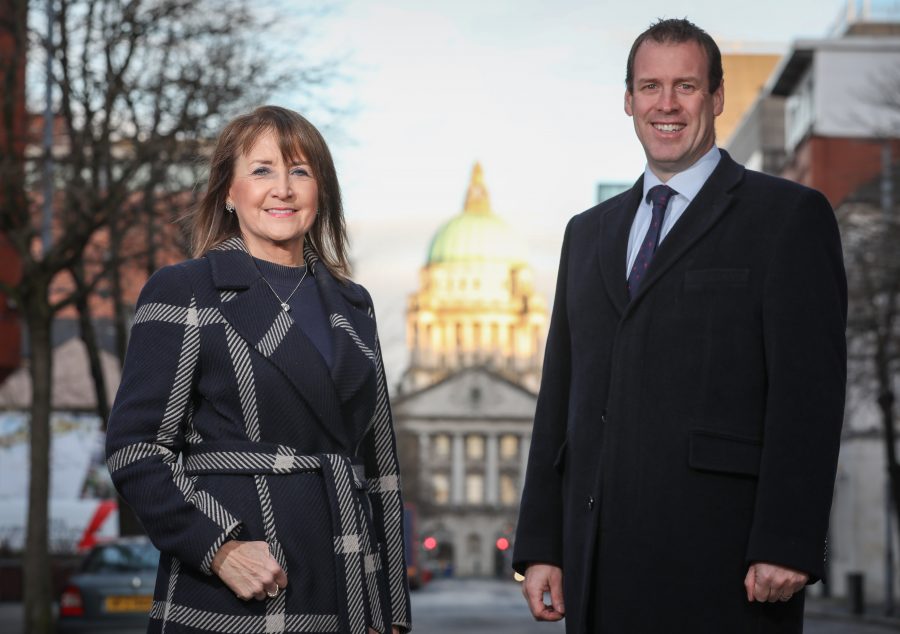 Almost one year on since the end of the Brexit transition period, 84% of businesses in Northern Ireland are dealing with increased costs, with 89% reporting increases in the time it takes to transport goods to or from overseas.

According to an international trade report – “Brexit One Year On” – published today by Northern Ireland Chamber of Commerce and Industry  and Invest Northern Ireland, nine in ten of the region’s firms have experienced supply chain issues including rising shipping costs (77%), delivery delays (77%) and problems with product availability (72%).

Working with the British Chambers of Commerce, Northern Ireland Chamber and Invest NI surveyed local businesses who are currently exporting, or aspiring to export in the near future, to assess the impact of new trading rules and global challenges on international trade.

According to the survey, most businesses (85%) have evaluated their supply chain risk. Around two in three have conducted procurement due diligence and a similar share have diversified suppliers to minimise risk. Some 59% have changed supply routes. Almost one in four have brought some or all of their supply chain back to Northern Ireland suppliers.

Brexit One Year On: Growth and investment

Government stability is considered one of the most important ways to encourage businesses to increase investment over the next 12 months.

Brexit One Year On –  Knowledge of Trade Agreements

Almost all of the businesses who responded to this survey know some detail about the Northern Ireland Protocol, with 50% stating that they know it in detail.  There is some knowledge about the Trade and Cooperation Agreement (61%), although only 11% state that they know it in detail and 15% have never heard of it.  Less than one in three businesses have any knowledge of the Comprehensive and Progressive Agreement for Trans-Pacific Partnership, a free-trade agreement between 11 countries around the Pacific Rim, which the UK government has applied to join.

While 50% of Northern Ireland firms know a lot of the detail of the NI Protocol, this figure is only 12% for the UK as a whole. Just over one in three UK firms have either only heard of the NI Protocol by name or have never heard of it at all.

Brexit One Year On- Business support

Brexit One Year On – Impact on net zero plans

The survey also sought to establish how trading conditions impact on the net zero agenda. According to its findings, the two most significant actions that would encourage businesses to reduce their carbon consumption into the longer term include the provision of capital grants (42%) followed by tax allowances (28%).  Businesses are least likely to take on reduced interest loans or accept import subsidies.

Of the UK Government’s ten commitments to net zero, businesses consider the most important to be protecting our natural environment (39%), advancing offshore wind (38%) and driving the growth of low carbon hydrogen (35%).

Commenting on the report’s findings, Ann McGregor, Chief Executive, NI Chamber said “The last 12 months have brought substantive changes for exporters and this report brings into sharp focus the serious issues they are facing with regards to supply chain difficulties and additional paper-work. Issues with additional red-tape must be resolved and NI Chamber continues to work closely with the NI Executive, UK and EU negotiators on this issue.

“Northern Ireland is not alone in facing trade disruption from the new trading arrangements. Many UK businesses are facing similar constraints, particularly in terms of transport delays.  However, the findings suggest that the cost pressures that have been placed on local businesses are more acute, which potentially places them at a competitive disadvantage.

“There is a lack of awareness from UK businesses about the Protocol. This highlights the need for education of GB businesses to support how they trade with their Northern Ireland counterparts. There is also a general need to raise awareness and engage much more proactively with businesses in Northern Ireland around all aspects of world trade agreements.

“Despite the significant challenges, this report is further illustration of the potentially huge benefits of dual-market access. Northern Ireland companies have much more concrete plans to grow both domestically and internationally, compared to the UK average.

“One of the biggest challenges to realising the potential benefits is uncertainty around the Northern Ireland Protocol – businesses cannot trade with uncertainty. Our exporters need clarity around the Protocol, less paperwork to trade and better access to skills. If policy makers can resolve these issues quickly and in partnership with business, Northern Ireland finds itself at the starting blocks of a unique opportunity at a time when we really need it.”

Steve Harper, Invest NI’s Executive Director of International Business added:  “We are very aware of the many challenges Northern Ireland businesses have faced over the last year and we’ve been working in partnership with businesses to help overcome these challenges. At the forefront of this has been increasing both our communication with businesses and our support.

“It is encouraging to see that knowledge of the many issues of EU Exit is higher within the Northern Ireland business community than in the rest of the UK. Many businesses have already demonstrated that they can adapt and have successfully won new business globally and many have shortened supply chains to ease the pressures.

“We want to continue to help Northern Ireland exporters to grow globally. I would encourage those already exporting and potential exporters to engage with Invest NI so we can provide the support needed to overcome the challenges and ensure we are well-positioned to seize the opportunities ahead to drive growth and prosperity in Northern Ireland.”