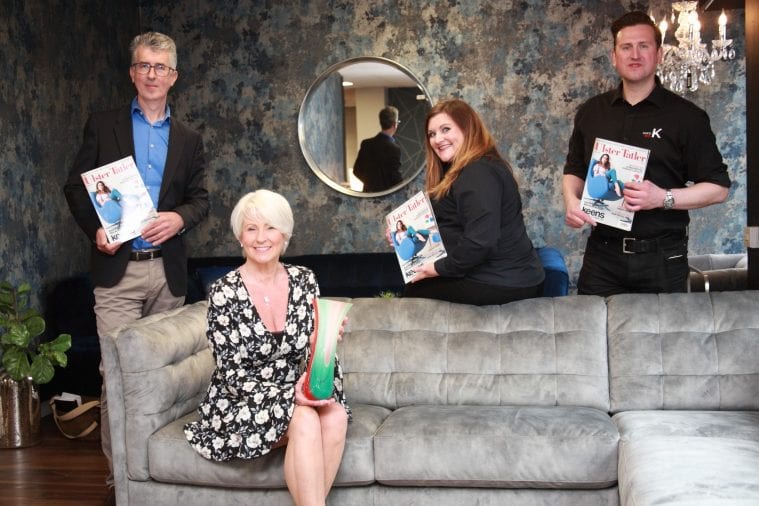 Voting is now open for the 14th annual Ulster Tatler Awards after the province’s favourite lifestyle magazine confirmed the event’s return following a year’s absence due to Covid-19.

The welcome return of the Ulster Tatler Awards 2021 will see popular television and radio personality Pamela Ballantine host the prestigious ceremony which recognises people and businesses that have excelled in the last year.

With 16 award categories in total, celebrating the best that Northern Ireland has to offer in hospitality, beauty and business, people are asked for their favourites by midnight on Monday August 16.

Other big awards include Sportsperson of the Year and Celebrity of the Year, along with the ceremony’s flagship award – the honorary Lifetime Achievement Award, which has been won in the past by local luminaries such as Dame Mary Peters OBE, Brian Friel, Sir James Galway, Gloria Hunniford, Barry McGuigan, Marie Jones,  Hollywood actor Ciaran Hinds and most recently, sporting hero Pat Jennings.

Members of the public can vote by visiting www.ulstertatler.com where all the categories are listed, or by using the voting form in the latest edition of the Ulster Tatler magazine.

Ulster Tatler editor Chris Sherry said: “After an extremely difficult year for all, we are so delighted to celebrate the businesses and people who have shone despite the devastating impact the pandemic has had across Northern Ireland.

“We’ve already had a fantastic amount of entries but as always the results can become very close so we are urging everyone to make sure their votes are in for their category choices to be shortlisted for each award.

“We are so thrilled to see what this year’s Awards new title sponsor Keens Furniture on board. The night will once again be hosted by our good friend and TV personality Pamela Ballantine.” Chris added.