A sophisticated thermoformed plastic box (Head Box), which will help in the prevention of disease transmission to clinical staff and other patients, has been developed by a Northern Ireland thermoforming entrepreneur with the assistance of a number of stakeholders including Clinical Engineering Innovation at Addenbrooke’s Hospital, Cambridge, a consultant anaesthetist from the Western Trust and Cambridge based voluntary engineers.

The piece of protective equipment known as the ‘Head Box’, sits neatly over a patient’s head allowing a medical practitioner such as an anaesthetist and two assistants, to work on a patient when intubating them or connecting them to  a ventilator. During this procedure, it is normal for the patient to expel a spray of large and small droplets. In medical circles, this is known as an aerosol generating procedure and if the patient has COVID-19, then this could increase chance of airborne transmission. 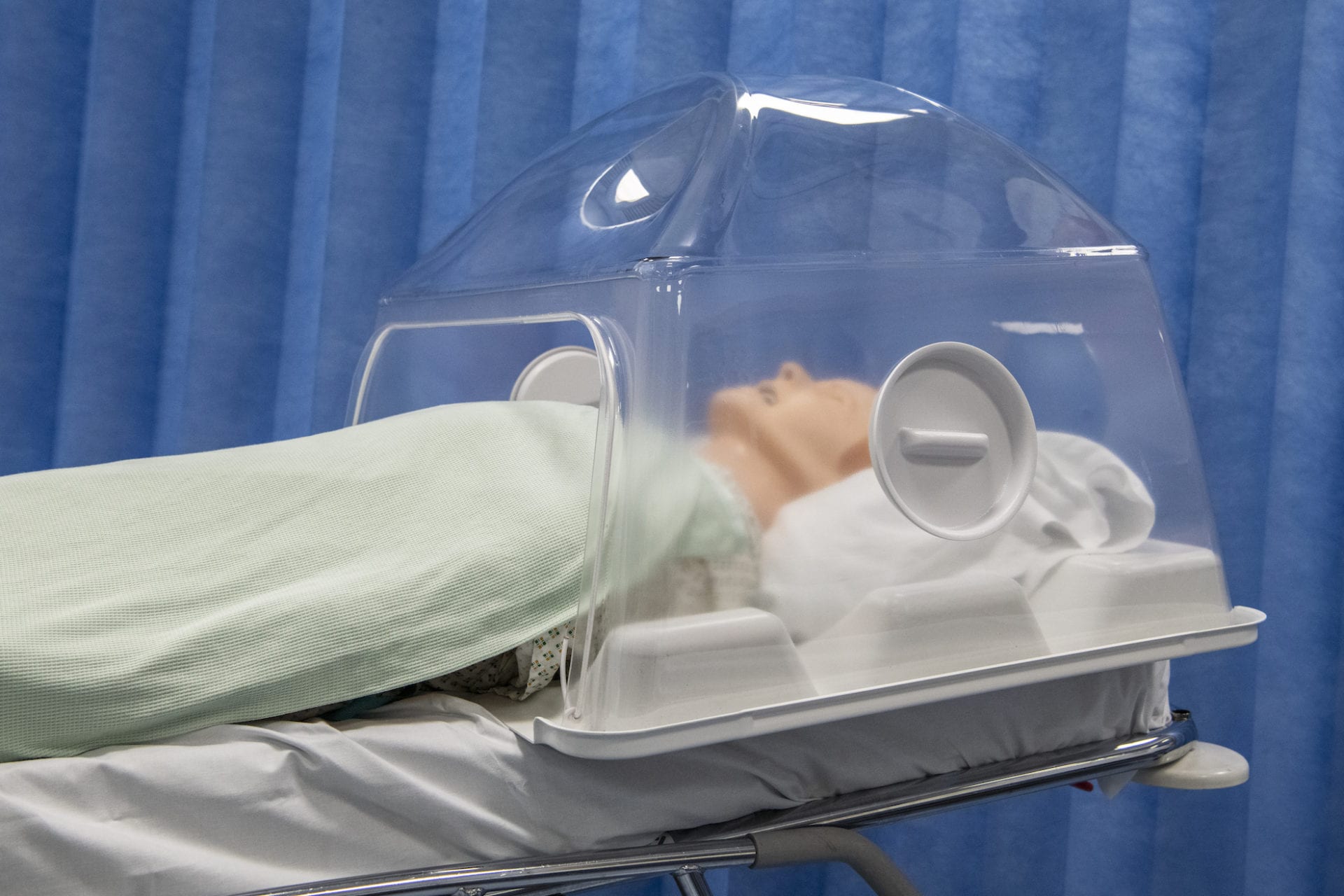 The remarkable invention came about after a conversation between the thermoforming entrepreneur, managing director of Donite Plastics, Michael Knight and a friend, Dr Madalina McCrea (Mada), who works as a consultant anaesthetist in the Western Trust.

Michael Knight, managing director of Donite Plastics said, ‘’Mada knew I made things from plastic and we were chatting about a device that would sit over a patient’s head, whether in a ward or an intensive care unit which would allow the medical practitioner to work on the patient, but also to protect them and the patient when carrying out procedures. There were pictures on the Internet of very simple square acrylic boxes being used for this purpose in Taiwan during the height of their COVID-19 epidemic.”

A short time later Michael was chatting to his daughter, Sarah, who now works for a company in Cambridge that manufactures surgical robots. Michael continued, ‘’I mentioned the ‘Head Box’ to Sarah in passing, as I thought she might be interested. She was quite excited and put me in touch with a colleague from her previous job – Maighread Ireland, a Clinical Engineer based in the Clinical Engineering Innovation Team at Addenbrooke’s Hospital, Cambridge.

“By coincidence, it turned out that Maighread had already been tasked by Addenbrooke’s to investigate these ‘Head Box’ devices. It made perfect sense then, that they would collaborate to develop a more sophisticated product suitable for use in the UK.”

For Michael, this has consumed his every waking moment for the last six weeks; “We’ve been working on the design and development of this ‘Head Box’ continuously. What started as a very simple idea has evolved into quite a sophisticated product.

“From the start we knew we wanted to form the device from a single piece of plastic so there would be no joins or sharp corners, to make it easy to clean and disinfect. The part also had to be crystal clear at the places where the clinician would be looking through it at the patient,” said Michael.

Maintaining perfect clarity was a big challenge using Donite’s normal vacuum forming process. Michael’s solution was to invent a new process: a sort of hybrid between vacuum forming and free dome blowing. Several versions of the design were initially drawn up as CAD models and discussed by the team. Features were added, like side arm holes for assistants and a bungee strap to hold drapes in position. Some prototypes were then manufactured which were tested on medical simulation mannequins both in Northern Ireland and in Cambridge.

‘’We are now working on reduction plates, so that the ‘Head Box’ can fit any size of hospital bed and better versions of the plugs to seal up the armholes when they are not in use. Full production will commence within two weeks, such is our confidence and that of the stakeholders in this project,” added Michael.

Maighread Ireland, a Clinical Engineer with Addenbrooke’s Hospital, Cambridge, said, “We have been moving at a very fast pace to develop a protective ‘Head Box’ so that our clinicians, medical doctors and patients will have the benefit of an extra layer of protection whilst carrying out aerosol generating procedures.

“Normal PPE must still be worn, but when dealing with a virus like COVID-19, it is vital that medical staff are made to feel as safe as possible. We have also had enquiries from other teams interested in using the ‘Head Box’ for other applications within the hospital.

Dr Madalina McCrea, consultant anaesthetist currently working in the Western Trust, said, ‘’Six weeks ago Michael and I were discussing a plastic box with a few holes in it. I am surprised and delighted at the way the project has gathered momentum. I really think the ‘Head Box’ is going to help clinicians, like myself, to get some peace of mind, knowing that we are doing all we can to protect ourselves and our patients in this new world of COVID-19. I also think the boxes would potentially be useful for other surgery, not necessitating an anaesthetist or airway manipulation; or for patient transfers from one ward to another.” 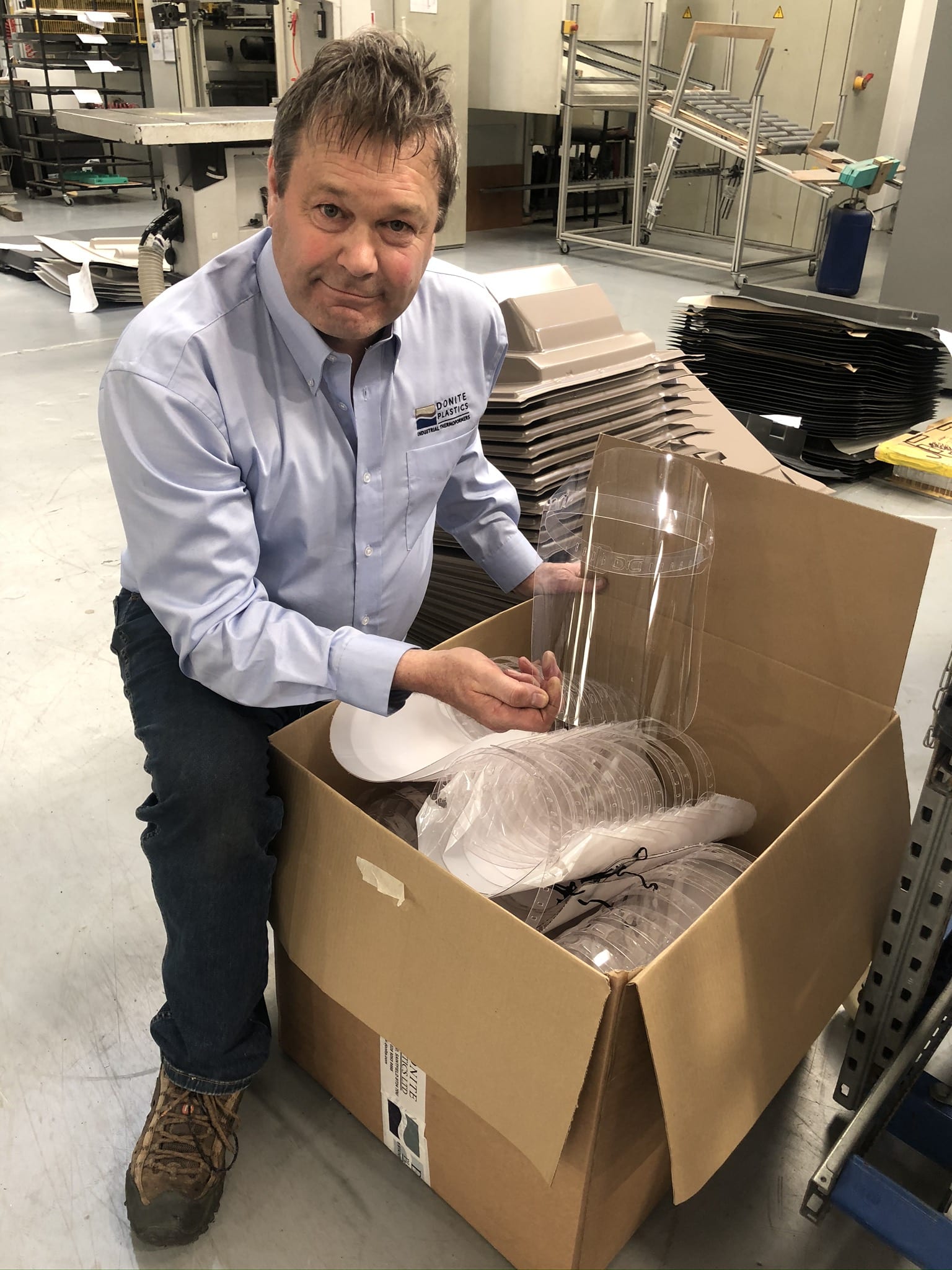 Cambridge based voluntary engineer John Loveluck said, “There have been similar items used successfully in Asia but the manufacture method used by Donite improves the usability and functionality of the design. ’’

This collaboration has meant that all the right people with the right expertise were proactively engaged to create an item of protective equipment which will undoubtedly save lives. 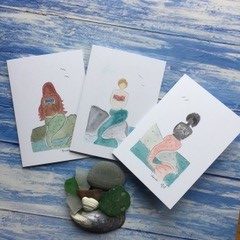 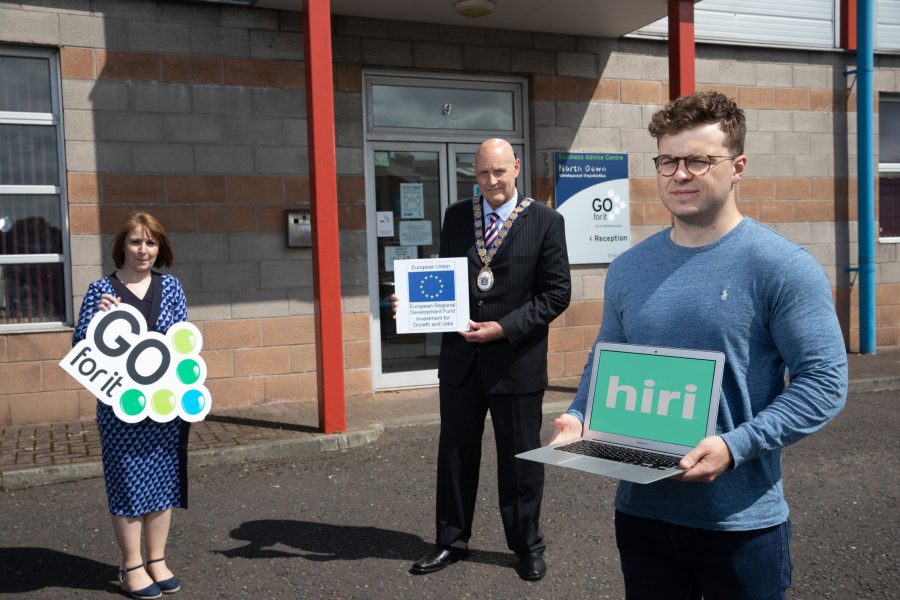