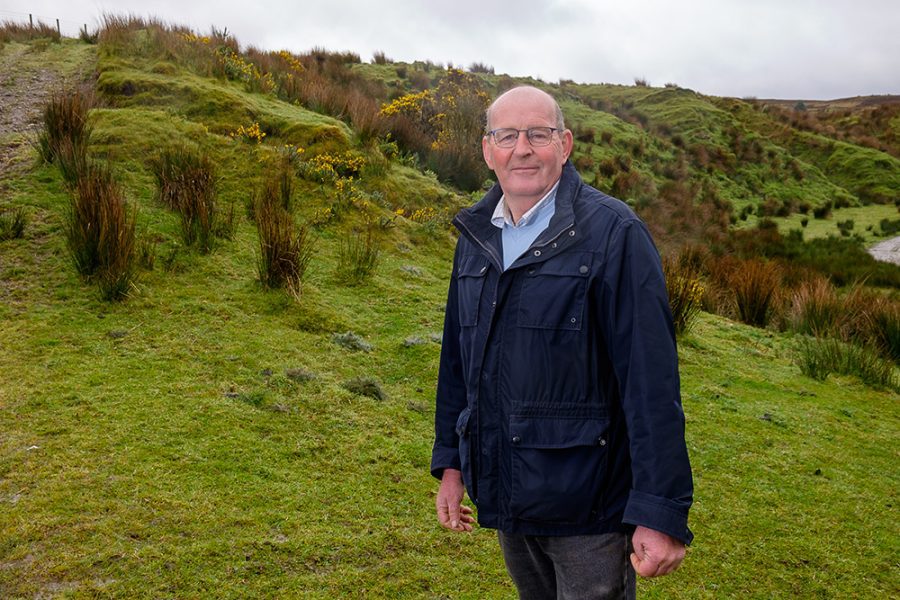 Outstanding farmers from across Ireland were recognised by M&S at its Select Farm Awards ceremony, hosted on the first day of this year’s Balmoral show.

Steve McLean, Head of Agriculture and Fisheries at M&S, said: “Every day, our Select Farmers and suppliers go to extraordinary lengths to deliver great quality M&S food, whilst demonstrating best-in-class innovation, animal welfare, sustainability and biodiversity. These awards celebrate just some of our farmers who are leading in these fields.”

Ian Loughrin, a beef farmer from Cookstown, won the Animal Welfare Award for his commitment to building a system which puts animal welfare and husbandry at the forefront. Ian has set up two state-of-the art calf rearing units for rearing young calves sourced from Linden Foods Procurement.

Steve McLean commented: “M&S Select Farmers are well known as leaders in promoting the highest standards of animal welfare. Ian expertly demonstrates this through both careful investment in purpose-built housing and a commitment to always delivering best practice when it comes to calf rearing.”

Patrick Black, a poultry farmer from Ballycastle, was awarded the Low Carbon Farming Pioneer Award for his commitment to reducing his carbon footprint using renewables and participating in higher-level environmental farming schemes.

Alongside his wife and son, Patrick runs an 11,000 bird rearing unit, as well as keeping cattle, sheep and pig on their extensive hill farm. Over the past ten years to farm has invested in a hydro powered generator, solar panels, and an air source heat pump.

Patrick supplies Skea Eggs, with Dale Shaw from Skea Eggs commenting: “Patrick has been a Rearing Farmer with Skea Eggs for several years now and over this time he has made significant steps to reduce the farm’s carbon footprint. The multiple renewable energy systems on farm and large areas of land dedicated to environmental work demonstrate Patrick’s success in this endeavour.”

William and Maurice Kells, beef and sheep farmers from Portadown, have been awarded the Farming with Nature Award for their commitment to improving biodiversity on their farm. The father and son team have been rearing high-quality beef and lamb for Linden Foods for the last 40 years and are now an M&S Indicator farm, trialing new environmental work and sharing their learnings. Over the last six years Maurice and William have planted a range of broadleaf native hedges to provide wildlife habitats and shelter for the cattle and also carefully manage an ancient species-rich site on the farm.

Richard Murphy, a poultry farmer from Whitecross, scooped the Farming Innovation Award for his commitment to investing in an innovative system centred on animal welfare. Just eight months ago Richard Murphy and his wife Nicola set up a state-of-the-art 24,000 bird free range laying unit, after extensive research and planning.

Richard supplies Skea Eggs, with Dale Shaw from Skea Eggs commenting: “When setting up his new unit, Richard went above and beyond to select a system which allows him to manage bird welfare and production in the most effective way. In short time-frame Richard has already achieved a substantial amount and has already shown real stockmanship when caring for his hens.”

As well as the M&S Select Farm Awards, M&S were also pleased to announce the winners of a supply chain project run by Linden Foods and M&S for Greenmount College students where teams of four are asked to design and present a suitable food related product to sit in M&S Food. This year’s winning team were Emma Ross, Ryan Pickering, Amber Rogers and Michelle Rea, who will now visit M&S HQ in London as part of their prize.