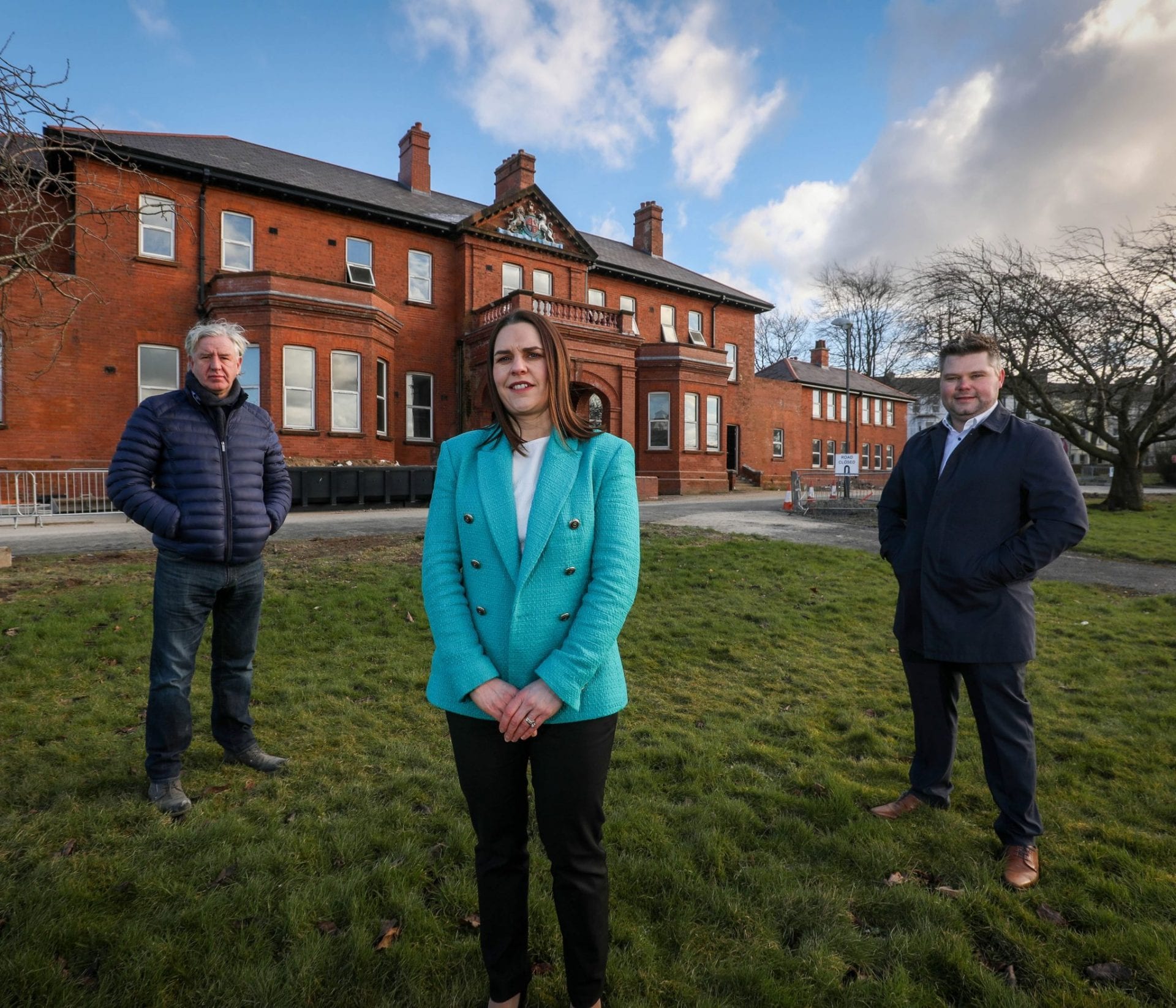 Ebrington Holdings Ltd, the development partner of the NI Executive on the Ebrington site in Derry/Londonderry, has said that it is delighted to have received planning permission on the well-known Building 85 within the site, which will be transformed into Grade A office accommodation, representing a £1.5m investment.

Building 85, which is the former ‘Officers’ Mess’, comprises c.13,500 sq ft and will undergo internal alterations with the addition of a lift shaft and a flat roof extension, converting the building into a modern office space, adding to Ebrington’s growing portfolio of modern business facilities.

Kyle Porter, Ebrington Holdings Ltd, said: “We are thrilled to have secured planning for Building 85, which will become a high-end, versatile office suite that will be suitable to a vast array of occupiers

“Building 85 is very well-known to those familiar with the Ebrington site, and boasts stunning elevated views over Ebrington Square, the Peace Bridge and River Foyle, as well as the Guildhall. Furthermore, it boasts a prime location, both in relation to the site itself as well as its close proximity to the city of Derry and the new transport hub.

“The recent announcement regarding the Derry and Strabane City Deal is a significant step towards the economic future and success of the north west region, and we have ambitious plans to continue to invest significantly in all of the units under our control. We are confident that we will add high-quality real estate assets to the market across a number of sectors in the near future.”

Commercial real estate agency CBRE NI has been appointed as the letting agent on the property. Lisa McAteer, Director, commented: “It is encouraging to see Building 85 achieve its planning permission, which upon completion, will contribute significantly to making the Ebrington site an unrivalled mixed-use development in the north west region.

“Major refurbishment works are planned to go ahead this month, and we are pleased to have already received a high level of interest from a wide range of businesses looking for new, innovative and flexible office space as we begin to see companies make a return to the workplace following the pro-longed period of remote working.”

ACA Architecture has also been appointed to work on the project. Managing Director Andrew Coulter said that Building 85 was a significant structure on the Ebrington site, given its prominence and red-brick facade.

He added: “Building 85 is one of the most prominent properties within Ebrington given its grand position within the site. It has uninterrupted views over the riverside, along with unique, period-style features that we will ensure to maintain throughout the refurbishment, helping us restore the building to its former glory.”