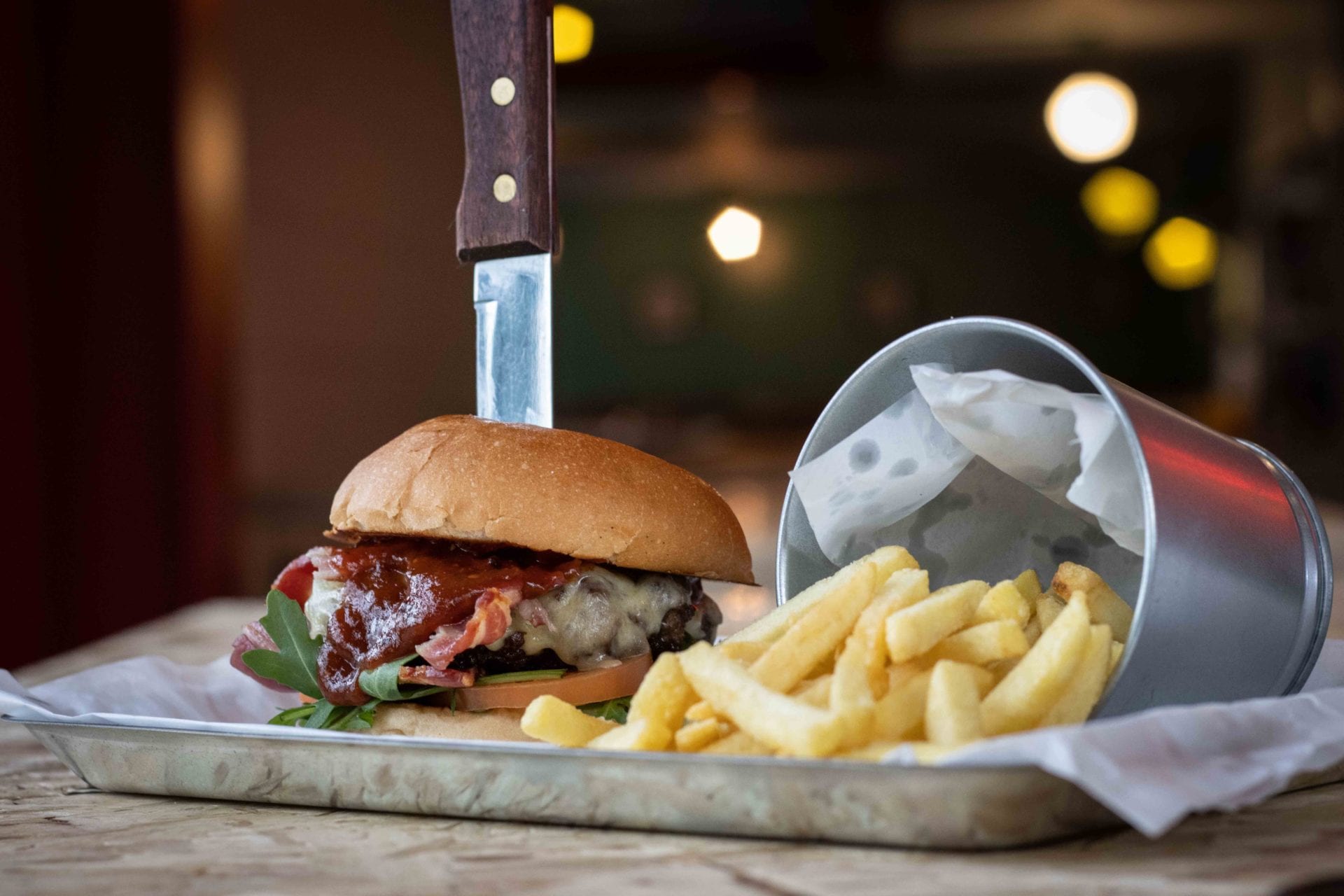 Burger Burger, a new gourmet burger bar, has opened on Belfast’s Stranmillis Road following an investment of £60,000. It is the brain child of food lover Gavin Rennick, is set to create up to seven new jobs with plans to expand into a further two more restaurants later this year.

Located on the former El Chapo site according to Gavin the restaurant is offering diners a “laid-back atmosphere, delicious food choices and premium retro cocktails”

Gavin, who is the project manager, said the food venue is more than just another re-treading of the traditional patty and bun options.

“We have worked to create a menu that focuses on taste, originality and fun,” he said.

“Burger will use local produce as much as possible, and we will offer vegetarian and vegan options across what is on offer.”

Gavin explained that the experience at the new restaurant has been carefully thought through.

“The concept is just good grub where you can relax, chill out and meet with friends to go for a coffee during the day or a sweet treat or something more filling,” he explained.

“We’re delighted to be able to create seven new jobs and are already beginning plans for our expansion later this year.”

According to Gavin the company will announce the opening of a Burger Burger express in the summer and another sit in restaurant in the autumn.

For Gavin the opening marks an important step in his own personal journey with food.

“I had an unhealthy relationship with food when I was younger,” he explained.

“However, after re-adjusting and becoming more healthy I lost over four stone in weight and I wanted to show people that you don’t always have to lose your passion for food when you struggle with weight.”

The now fit and healthy Gavin said the Burger Burger menu has been a labour of love.

He added: “I used my passion for cooking in order to create a menu that matches my love of food, fitness and nutrition.

“Every item has been specially selected and the sauces have been named to specifically compliment every burger and every item and they’re just delicious to bite into.”

From the traditional burger, matched with a range of toppings and sauces, through to the vegetarian and vegan options the restaurant will also offer wings, loaded nachos and the intriguingly named ‘Mega-Zord Fries’. Gavin is, however, keen to emphasise that they also do hot dogs!