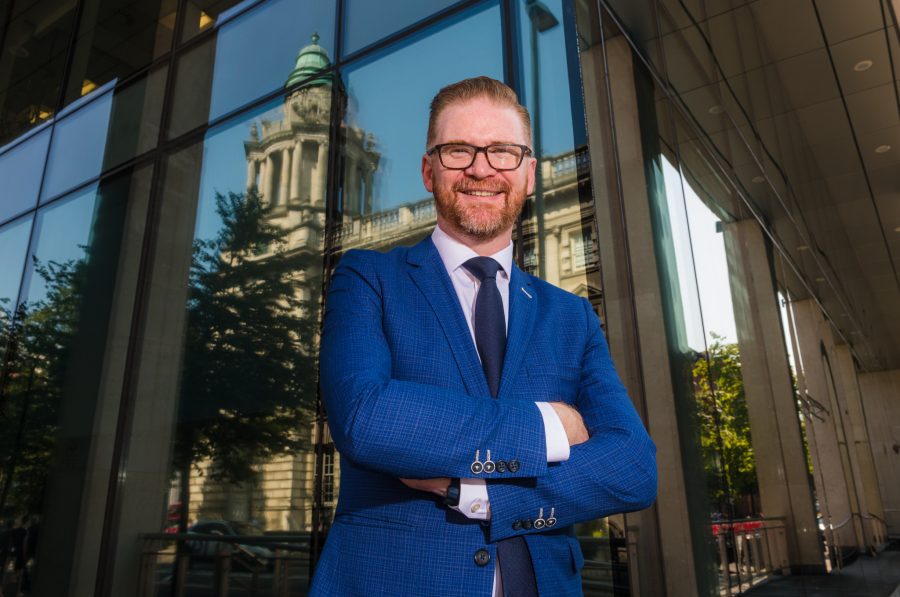 Belfast Chamber has launched a new research report entitled ‘Empowering Belfast’.  Produced by independent local think tank Pivotal, the report examines devolution in other UK cities and what lessons can be learnt and possibly applied to stronger, more empowered local government in Belfast.

As well as outlining the existing powers exercised by Belfast City Council, it compares them to those enjoyed in combined metropolitan authorities in Manchester, Liverpool, West Yorkshire and Tees Valley and the use of innovative delivery vehicles like Freeports and Mayoral Development Corporations.

Commenting on the launch of the report, Belfast Chamber Chief Executive Simon Hamilton said, “Over the course of the last decade, we have witnessed cities across the UK – our competitors for talent and investment – becoming increasing empowered. The surge in the growth of places like Manchester, Liverpool and Birmingham may not be entirely down to their new governance structures but it is surely not a complete coincidence either.

Belfast Chamber believes that our city’s best days lie ahead of us and that we still possess so much unfulfilled potential. Whilst we are hugely impressed with the transformation our city has experienced – much of which has been delivered through the courage and hard work of our members – we are, at times, frustrated by the pace of change and a growing sense that we are falling behind rival cities.

Cities everywhere have been massively affected by the crisis created by the coronavirus pandemic. Places like Milan, the European epicentre of the virus, Paris, San Francisco and others have delivered big, bold plans to reimagine and rethink their cities. Progress in Belfast has been much slower. Painfully so at times. The difference between Belfast and those other cities isn’t a lack of ambition or vision. It’s a lack of power. Putting that ambition, that vision, into a vehicle that is able to deliver the kind of change our city needs now, and in the years to come, will be crucial in whether we can overcome the challenges that lie ahead”.

Mr Hamilton continued, “This excellent report produced by Pivotal outlines how far behind Belfast is.  Combined metropolitan authorities, some with and some without a directly elected mayor, have been created with the clear raison d’etre of delivering large scale job creation, economic growth, regeneration and infrastructure investment, separated from the more social side of delivery that Councils do, and seem to be working well across Great Britain.  Vehicles like Freeports and Mayoral Development Corporations are also assisting city regions to deliver big change. If Belfast is to become the best city that it can be, then we need to examine these examples carefully and replace our splintered system of government with better, more empowered structures that can knit together the enablers of growth like regeneration and infrastructure.

Cities everywhere are taking increasing levels of responsibility for shaping their own destinies and are starting to reap the rewards.  The precise model that we choose to deploy is something we can debate and discuss, but one thing is becoming increasingly clear. If we are serious about making our shared vision for the city a reality as well as ensuring that Belfast’s growth is sustainable and inclusive and that we are ready to deal with challenges like climate change, then we need to empower Belfast”.

Commenting on the report, Pivotal Director Ann Watt said, “Pivotal was delighted to be commissioned to produce this independent research report on behalf of Belfast Chamber.  Pivotal’s work is focused on providing evidence to inform discussions about public policy. We want to create ways in which citizens and people from different sectors can examine issues, bring new perspectives and generate fresh ideas which foster a positive debate about the future.  This ‘Empowering Belfast’ report does precisely that.  It looks in depth at the current powers of local Councils like Belfast City Council and compares them with the continued development of local authorities in Great Britain. In particular it looks at how enhanced devolution is contributing to economic growth and regeneration in cities elsewhere in the UK.

Our research has found that existing decision-making powers for councils in Northern Ireland are narrow in comparison to their counterparts in places like Manchester, Glasgow and Liverpool.  More localised decision-making and powers have the potential to act as a catalyst for innovation and regeneration. Different structures of decision making, such as freeports and enterprise zones, may offer an opportunity to capitalise on wider Department for Economy strategy to encourage businesses to locate to Belfast in identified areas such as cyber security and advanced manufacturing.  Evidence from other cities demonstrates the centrality of strong local leadership to big picture change.

In our report we set out how localised decision-making is reliant on collaborative and engaging leadership both within each council and between neighbouring authorities. A single point of decision making and accountability to drive decisions forward is a common theme within the review of case studies. At present, decision making in Belfast lies within multiple government departments which limits the development of coherent strategies for change.  The role of ‘soft power’ and strong alliances with partners in and around the local area is essential to the success of the examples in Great Britain that the report explores.  The Belfast Region City Deal may provide a useful testbed of enhanced partnerships between local councils, universities and business partners to develop regional change in the greater Belfast area”.

Concluding, Simon Hamilton stated, “Belfast Chamber commissioned this research with the hope of both sparking an informed debate and learning lessons from those other cities across the UK who have experienced increasing empowerment over the last number of years. Our overarching aim as an organisation is to see Belfast succeed.  The process and procedures that allow us deliver that success are an often overlooked but essential ingredient and it is our hope that this report starts a serious conversation, and we encourage everyone to contribute by sending their thoughts to us at [email protected]”.