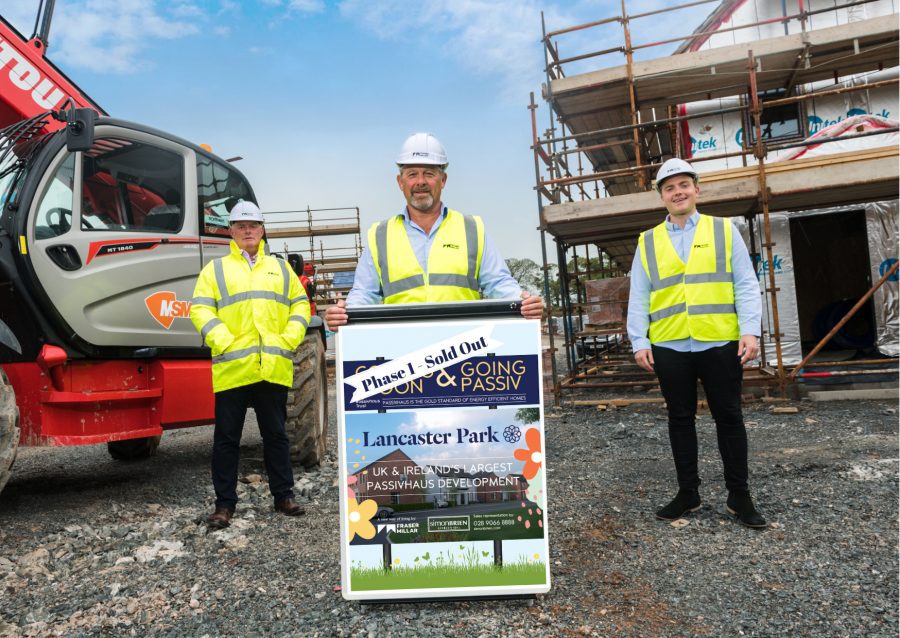 The first phase of the pioneering Passivhaus ‘sustainable homes of the future’ project, Lancaster Park, has exceeded all expectations having been sold in its entirety within one hour of going on the market.

The £70M project, which is currently the UK and Ireland’s largest ever Passivhaus development, is being introduced by Fraser Millar, designed by Formative Architects, and will consist of 219 low-energy and near-zero carbon homes across a 26-acre site in South Belfast.

After going on sale at 9am on Thursday, with selling agent, Simon Brien, the first release of 12 homes were sold out within one hour amid ‘the strongest demand seen for new homes quite some time’.

Final release of phase one features a further 9, 3 and 4-bedroom semi-detached and detached dwellings, due for completion in Summer 2022, is expected to be announced imminently.

The Lancaster Park development brings the future of housebuilding into the current day and will set the standards for Northern Ireland’s greener future in construction and domestic living.

The development will be one of the most environmentally-friendly large-scale projects ever built in the UK or Ireland, using cutting-edge technology and advanced building methods within the gold-standard of Passivhaus specification, which will significantly reduce running costs and increase efficiency.

The homes will aim to cut home heating costs, consistently below £500 per year, per house, which represents a saving of approximately £800 for the average home, per annum (based on August 21’ NI fuel prices). The way the houses are designed and built eradicates the reliance on fossil fuels for the home-owner.

Speaking about the unprecedented sales, Developer David Millar said: “We have been absolutely blown away by the demand for these homes, which has given us a further vote of confidence that this truly is the future of home buying in Northern Ireland.

“Today’s house buyer wants a home that is built to a top standard but also makes sense for their pocket.

“These homes not only look brilliant, but they function like no other home available on the market, and they are value for money.

“We have adopted the absolute best-practice and gold standard in home building – Passivhaus. Which means that each home is built with meticulous attention to detail and rigorous design and construction according to principles developed by the Passivhaus Institute in Germany.

“Every single home will be certified through an exacting quality assurance process to exceptional standards of airtightness, is triple-glazed and super-insulated, with heat-exchange systems, so that it requires almost no heating and has cleaner filtered air throughout.

“With superb insulation it means that home running costs will be reduced significantly, and we have entirely eradicated the reliance on fossil fuels – so they are much better for the environment.

“In a month where almost every energy provider in Northern Ireland has hiked their prices, these homes have never been more pertinent.

“We are also delighted that Lancaster Park will be the first major development in Northern Ireland to boast an EPC A rating.

David concluded: “We are now days away from our final phase one release on the open market and welcome anyone with an interest to get in touch with our selling agent, Simon Brien, as soon as possible.”

Located just 15 minutes from Belfast city centre, near the Saintfield Road area of the city, the second release of phase one of Lancaster Park’s Passivhaus project is set to attract further interest from homeowners who want to invest in a greener future and less expenditure on running their homes.

Selling agent Simon Brien said: “We knew the level of interest in these homes was high, however, the demand far outstripped both the supply and our expectations.

“Fraser Millar is to be congratulated for paving the way for the future of green and money-saving living in Northern Ireland.

“Homebuyers recognise this new development offers them the chance to protect their health, their wallets and the planet while living in a beautiful, modern development with a community that supports their values.

Mr Brien concluded: “For anyone interested in the next phase of the development, please register your interest as soon as possible as we will be releasing more homes in the next few days.”

For further information or to register interest in Phase Two at Lancaster Park, due for completion in summer 2022. please contact  Simon Brien Residential, www.simonbrien.com – 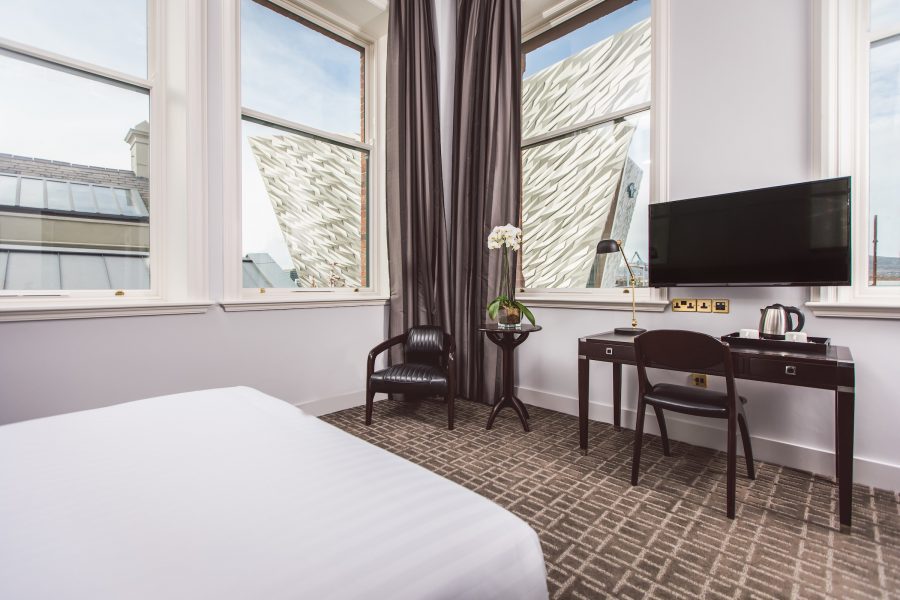 It’s time to take a midweek break at Titanic Hotel 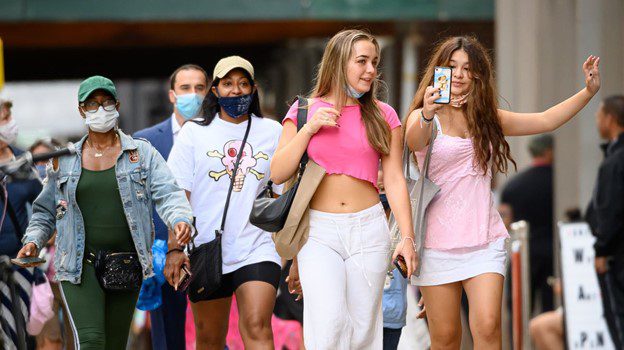 We’re currently living in an era where if Gen Z 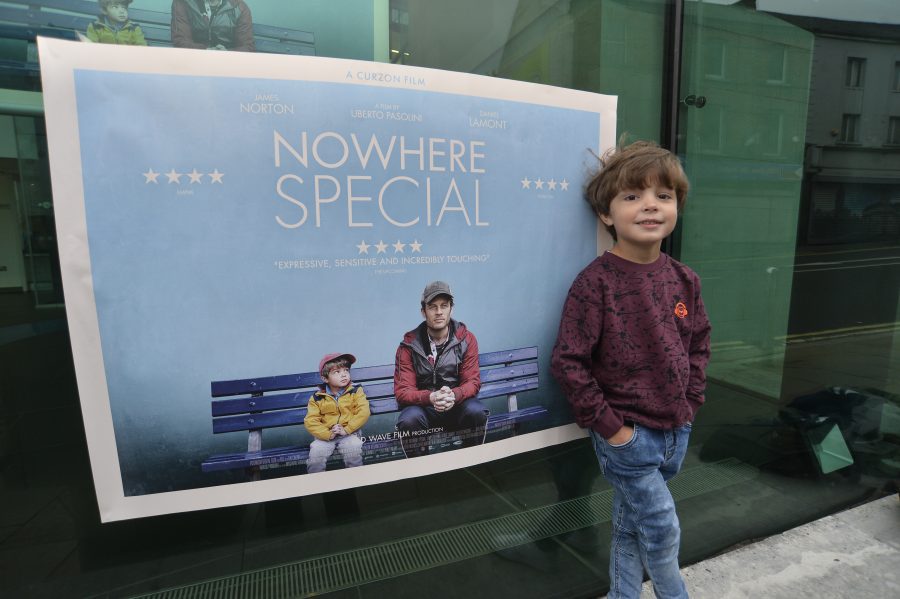 A special tour of Belfast based film Nowhere Special is