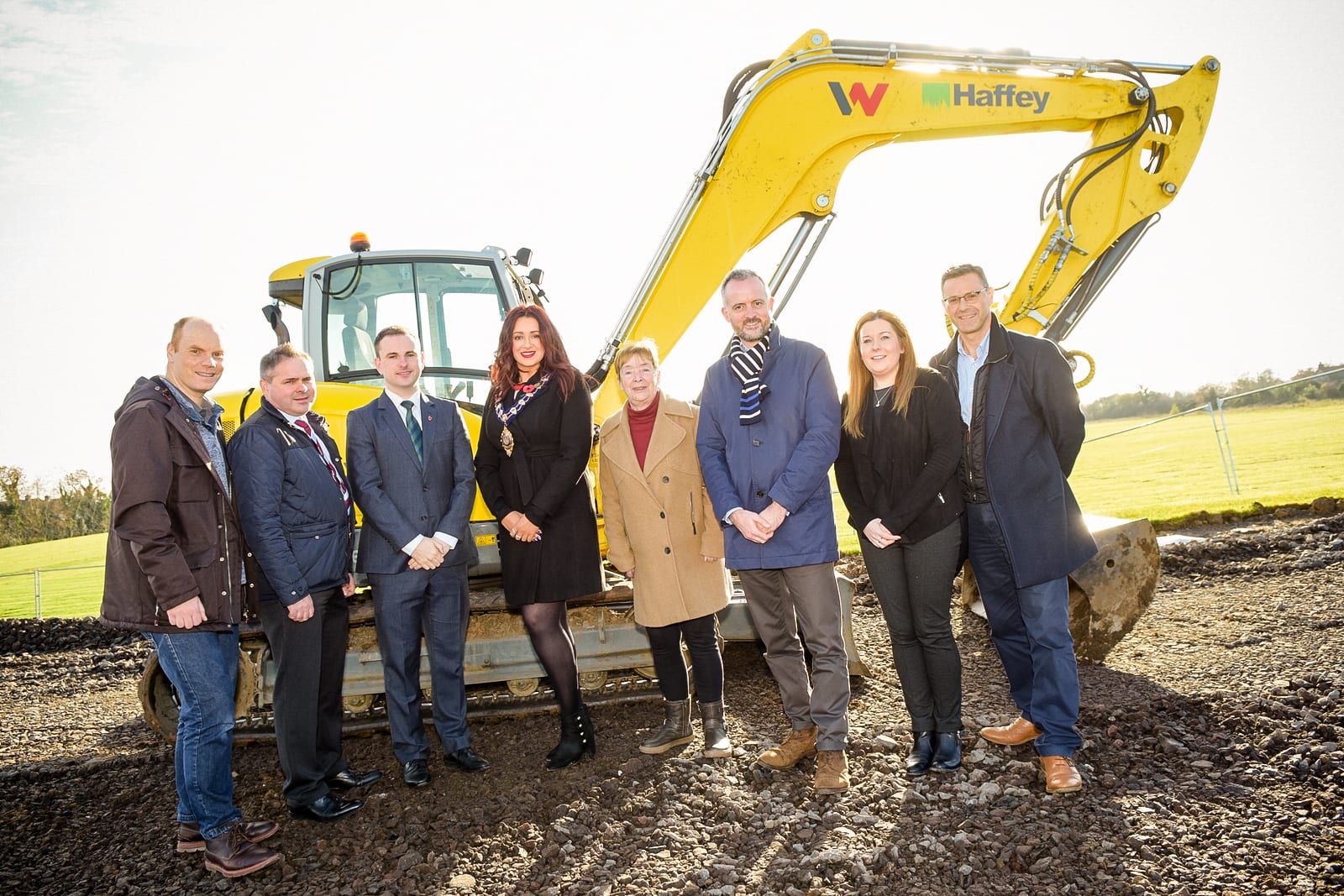 Work is underway on a new 3G football pitch in Greenisland following an investment of more than £500,000 by Mid and East Antrim Borough Council.

The facility is the home ground of Greenisland Football Club, where Northern Ireland heroes Jonny and Corry Evans, and Craig Cathcart previously learned their trades before embarking on stellar careers in English football, including spells by all three at Manchester United.

The redevelopment of the site as a hub for local sports got underway earlier this year, which was identified as a key objective by the Greenisland Regeneration Group a team made up of elected, community and statutory representatives.

Chair of the Greenisland Regeneration Group, Councillor Andrew Wilson, said: “This is a proud day for everybody associated with Greenisland.

“The football club has a rich heritage and a reputation for nurturing talent.

“To have produced three Manchester United players in the recent past is an incredible feather in the cap of this superbly run club.

“I am delighted the extensive works are well underway at Greenisland. The installation of the 3G surface will mean the local team and wider community now have a sports facility that can be used all year round, and the drainage works will substantially improve the surrounding pitches.

“Today’s ceremony is the result of several years of hard work.

“I thank everybody involved in the delivery of this project and I look forward to seeing the next generation of talented players showcase and develop their skills right here in Greenisland.

“Our group remains fully committed to improving the community centre facilities and this investment in the Sports Hub shows our real intent to deliver the Greenisland Development Framework Masterplan for the people of Greenisland.”

Council’s Director of Operations, Philip Thompson, added: “Our ongoing relationship with Greenisland FC reflects an important part of the council’s Corporate Plan – to work in partnership to build a safer, stronger, healthier community and ensure the delivery of high performance facilities in the borough.”