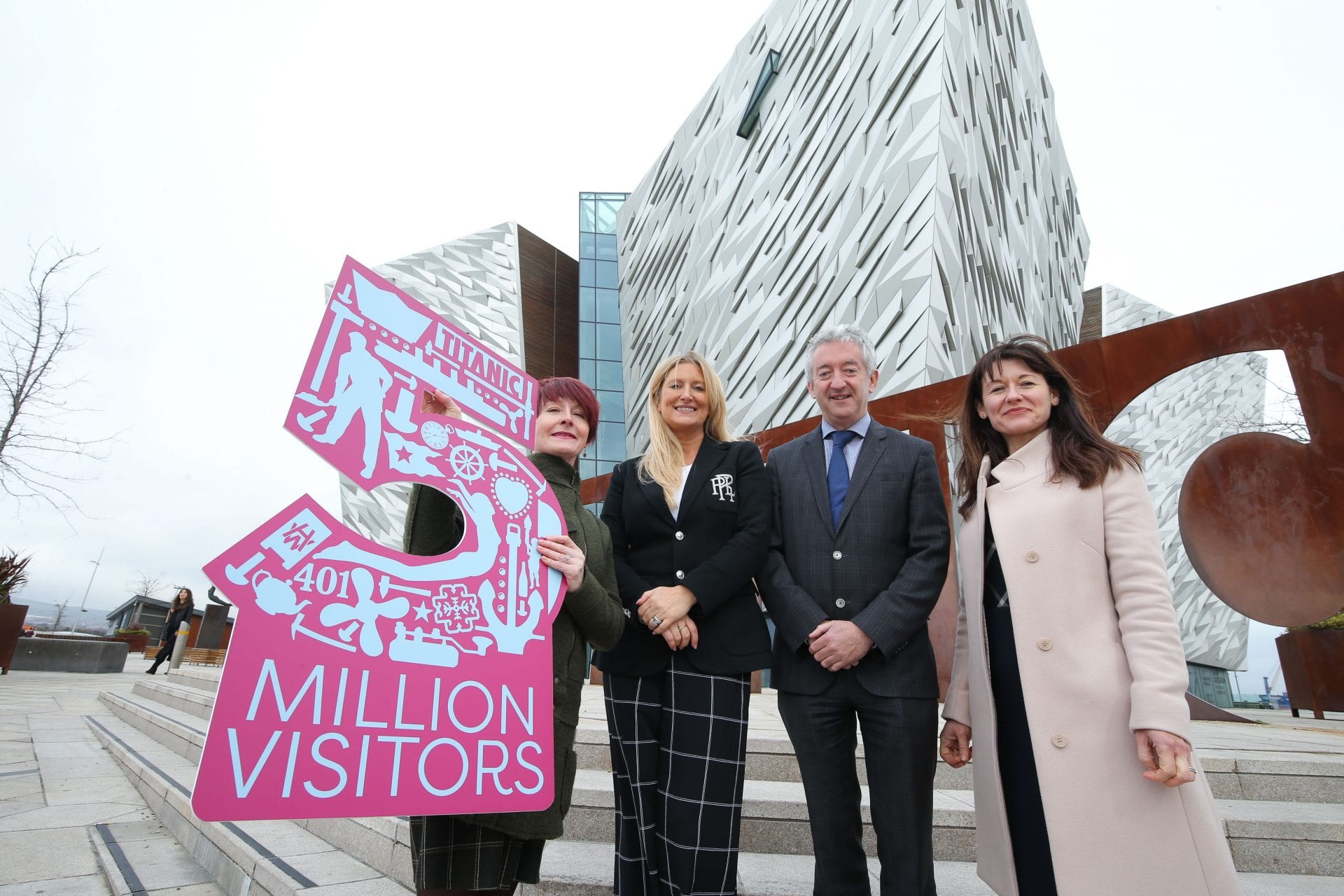 Titanic Belfast has reaped the benefit of a fruitful summer as it welcomed its five millionth visitor today.

The world-leading attraction continues to exceed visitor number expectations since it opened in 2012. It has reached this milestone following its busiest Q1 and Q2 to date, with an 8% year-on year increase in visitor numbers, specifically from international markets, including North America, mainland Europe and China.

Titanic Belfast Chief Executive, Judith Owens, commented, “In six years, Titanic Belfast has welcomed over 5 million visitors from over 145 countries, including Her Majesty The Queen, USA Presidential candidate of State Hillary Clinton and the discoverer of Titanic, Dr Robert Ballard, hosted 2,000 events, and won the prestigious World Leading Tourist Attraction title bringing the title to Ireland for the first time ever.

“Thanks to our staff, local and trade support, we continue to go from strength to strength and our appeal grows nationally and internationally. We are proud to see how popular Belfast and Northern Ireland is becoming as a tourist destination, as well as the enduring worldwide appeal of the Titanic story. We will not be resting on our laurels and will continue to put Belfast on the map as home of the RMS Titanic.”

John McGrillen, Tourism NI’s Chief Executive, said, “At Tourism NI, we are proud of the key role we played in the development of Titanic Belfast. It has been a catalyst for wider economic growth in Belfast and has truly changed Northern Ireland’s tourism footprint.

2017 was another record year for tourism as we welcomed almost 5 million visitors to Northern Ireland and signs for 2018 bode well for another significant year.  World-class attractions such as Titanic Belfast are key to ensuring our continued success in growing our visitor numbers, particularly within our international markets.”

Kerrie Sweeney, Chief Executive of Titanic Foundation Limited, the charity that owns the iconic building, commented, “Titanic Belfast has surpassed all expectations as a driver for Northern Ireland tourism.  More importantly, it continues to play a special role in preserving a significant part of Belfast’s maritime heritage, keeping the Titanic story alive for future generations in an innovative way.”