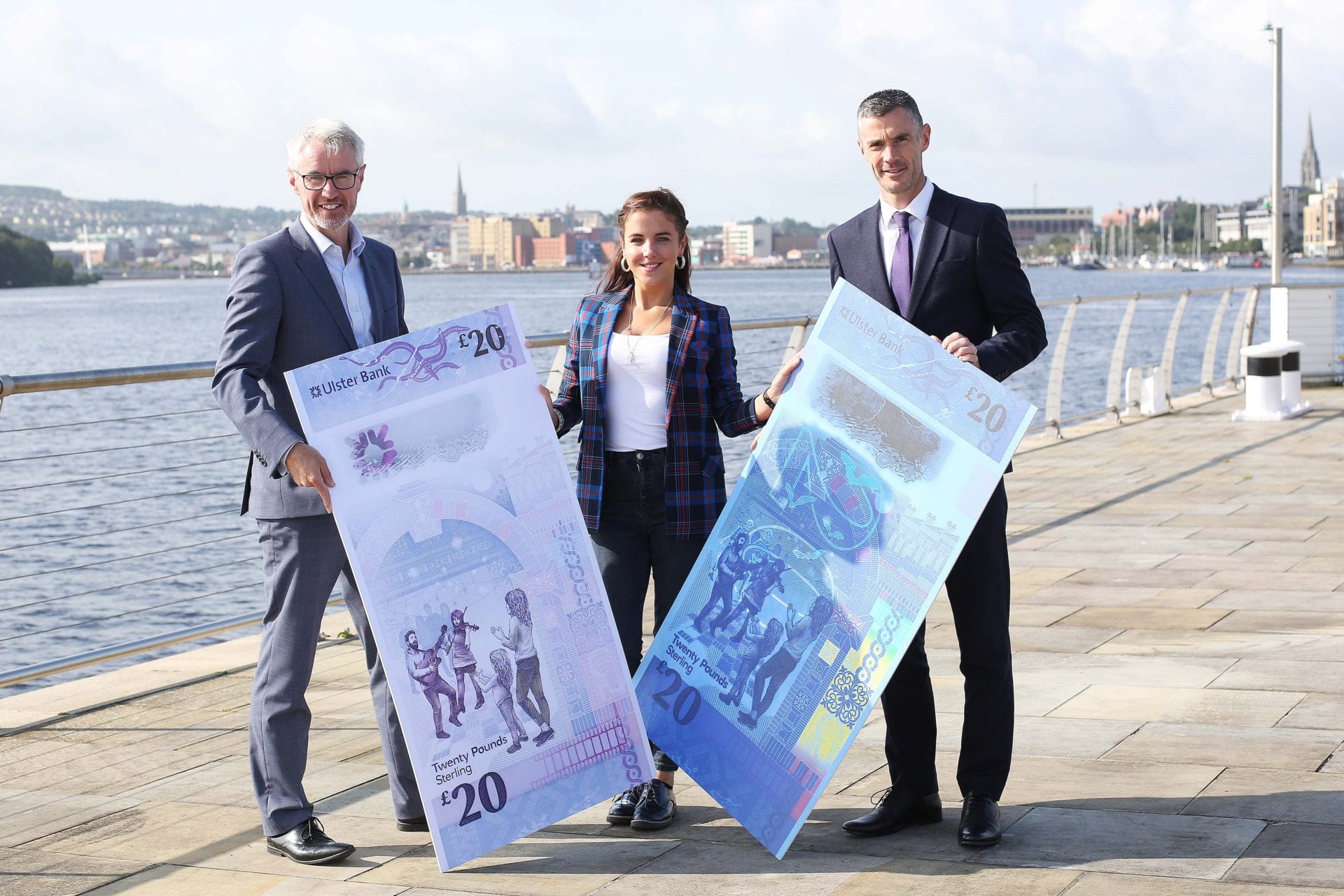 Ulster Bank has revealed today what its new £20 polymer note will look like when it enters circulation.

Building on the design theme of ‘Living in Nature’, which was developed by a panel of experts and people from across Northern Ireland, the £20 vertical note focuses on NI as a ‘dwelling place’.

The twenty pound note will feature street entertainers and their appreciative audience, reflecting local music and culture, as well as tiles, brickwork and patterns inspired by NI’s ubiquitous red-brick tenement buildings. Other elements of the note are drawn from the ornate decoration found on and in famous public buildings, corporate architecture and domestic homes in Derry, Belfast and other cities in Northern Ireland.

The note is also incorporating Derry~Londonderry’s much-loved Hallowe’en celebrations into the security features of the note – under a UV light, skeletons and Leisler’s bat – the largest type of bat in Ireland – can be seen.

Speaking at the launch, Jamie-Lee O’Donnell said: “As a Derry Girl both on and off-screen, I am really pleased to be supporting Ulster Bank with this historic launch. It’s wonderful to  see such strong references to the culture and architecture of the area and celebrate the universal appeal of our city.”

In continuity with the bank’s other polymer notes, the note will contain advanced security features. It will feature elements from the natural world, including the Hawthorne flower and a transparent outline of Lough Neagh. The note will also feature its famous eels, a key catch for local fishermen, which spawn in the Sargasso sea before travelling hundreds of miles across rivers, waterfalls and dams and reside in Northern Ireland.

Terry Robb, Head of Personal Banking in Northern Ireland, added: “We’ve received really positive feedback on our unique designs . Bank notes continue to be an important part of the way that people interact with us, and we’re proud to introduce these bold new designs which celebrate our cities and commitment to enjoying ourselves.”

In addition to revealing the new designs, the bank also reminded customers to use or exchange their paper £5 and £10 notes before they are withdrawn completely from circulation. The bank has been phasing the paper notes out over 2019. After the notes are officially removed from circulation, Ulster Bank will still exchange the old paper notes for their new polymer equivalents, but shops and businesses will no longer accept them.

Northern Ireland banknotes are legal currency across the UK and Ulster Bank has continued to work with vendors and retailers to ensure acceptance of the new notes when they are released next year. 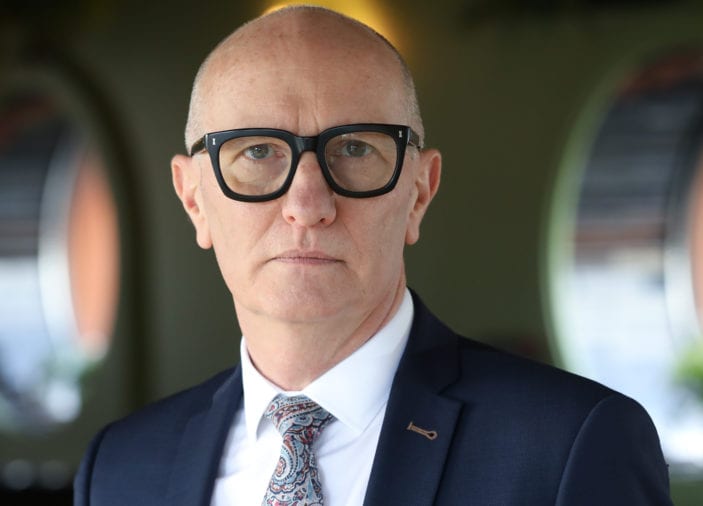 More than 200 industry leaders and trade bodies representing the 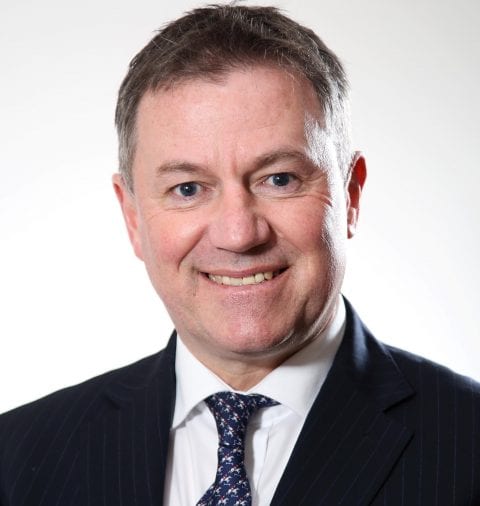 The Institute of Directors Northern Ireland (IoD NI) has reappointed 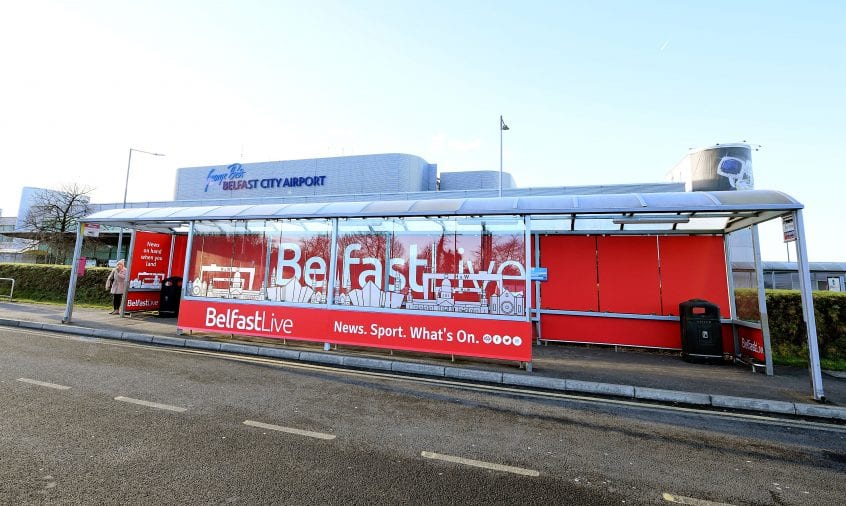 Belfast Live is celebrating its sixth birthday this month with