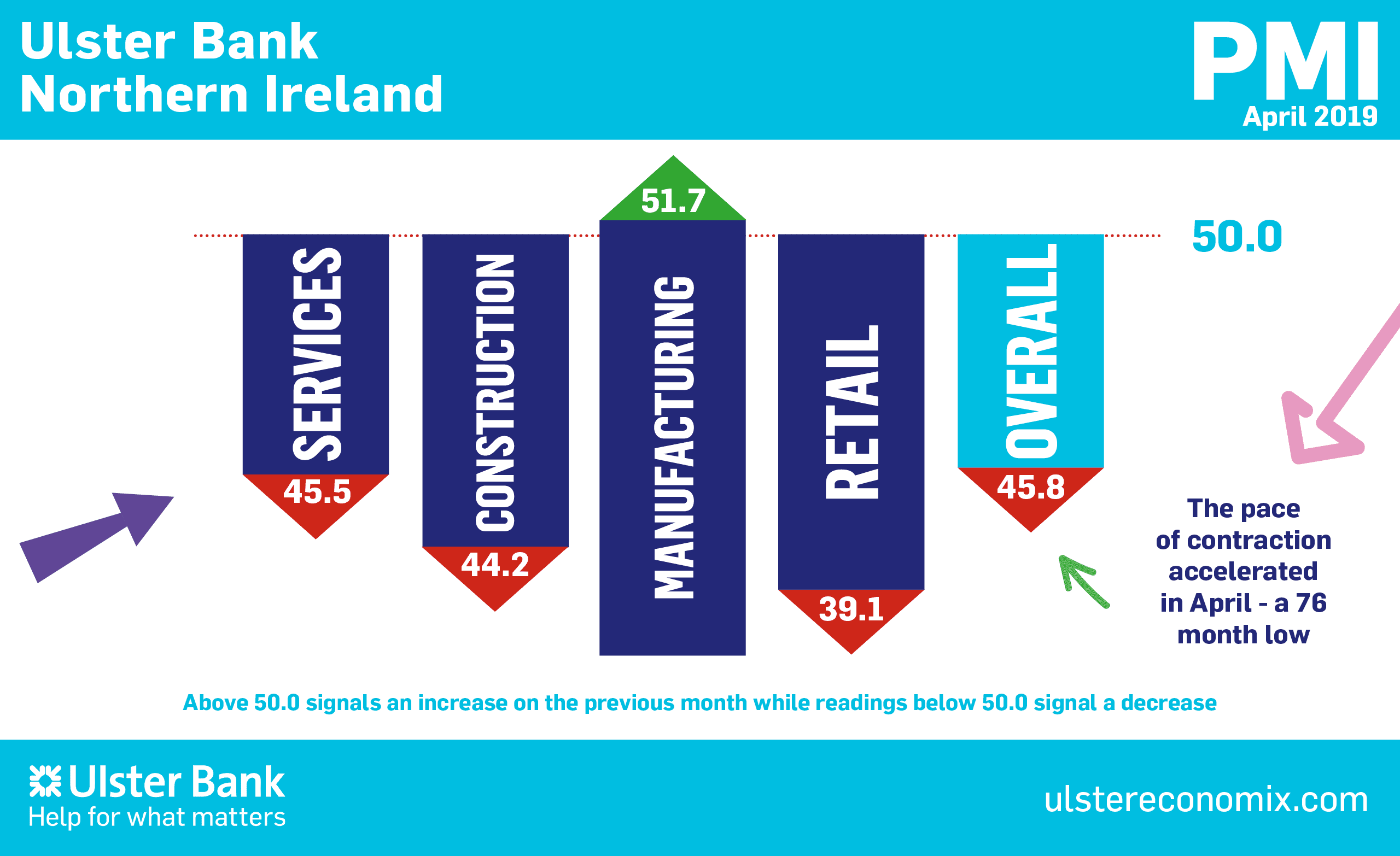 Business activity, new orders and employment all fell to the greatest extents since the final quarter of 2012, with Brexit and a lack of government at Stormont impacting negatively on operations. Weakening demand led companies to raise their selling prices at only a modest pace during the month, despite continued sharp input cost inflation.

Commenting on the latest survey findings, Richard Ramsey, Chief Economist Northern Ireland, Ulster Bank, said: “April saw an improvement in business conditions across most of the UK regions.  However, Northern Ireland was a notable exception to this trend. Indeed, rather than improving, the pace of contraction across a range of indicators accelerated. Private sector output, orders and employment posted their fastest rates of decline since the final quarter of 2012.

As a result, Northern Ireland found itself at the bottom of the UK regional rankings for these measures. Brexit and the lack of a Stormont Executive continue to be cited as factors impacting negatively on local business. Looking ahead, there is no quick-fix for these issues.

“As in March, manufacturing remained the only sector to record an expansion in output. Renewed weakness was evident within services, retail and construction. All three of these sectors signalled a significant decline in activity in April. Services posted its weakest month since January 2013 and the slump in retail sales was the worst in almost seven years.

“Forward looking indicators continue to provide cause for concern.  All sectors – including manufacturing – reported a quickening in the pace of contraction in new orders. Export orders fell at their fastest pace in 77-months which is a reflection of weakness in external markets.

“Notably, the Republic of Ireland – Northern Ireland’s largest export market – saw output growth slip to one of its softest rates in six years. Faltering demand, whether from domestic or external sources, is increasingly filtering through to jobs. All sectors, bar construction, shed staff in April. Services firms reported their steepest declines in headcount since August 2012 while manufacturing firms reduced their staffing levels at their fastest pace in six years. Job losses amongst retailers remained modest in April but with confidence in this sector slumping to a series low this may change in coming months.

“Overall, aspects of Northern Ireland’s private sector growth were flattered by the levels of stockpiling taking place in the run up to the anticipated Brexit date. Similarly, as stockpiling has eased off, this is perhaps having the opposite effect. April’s PMI data is particularly downbeat relative to recent years but, outside of retail, it would be premature to read too much into it at this stage.” 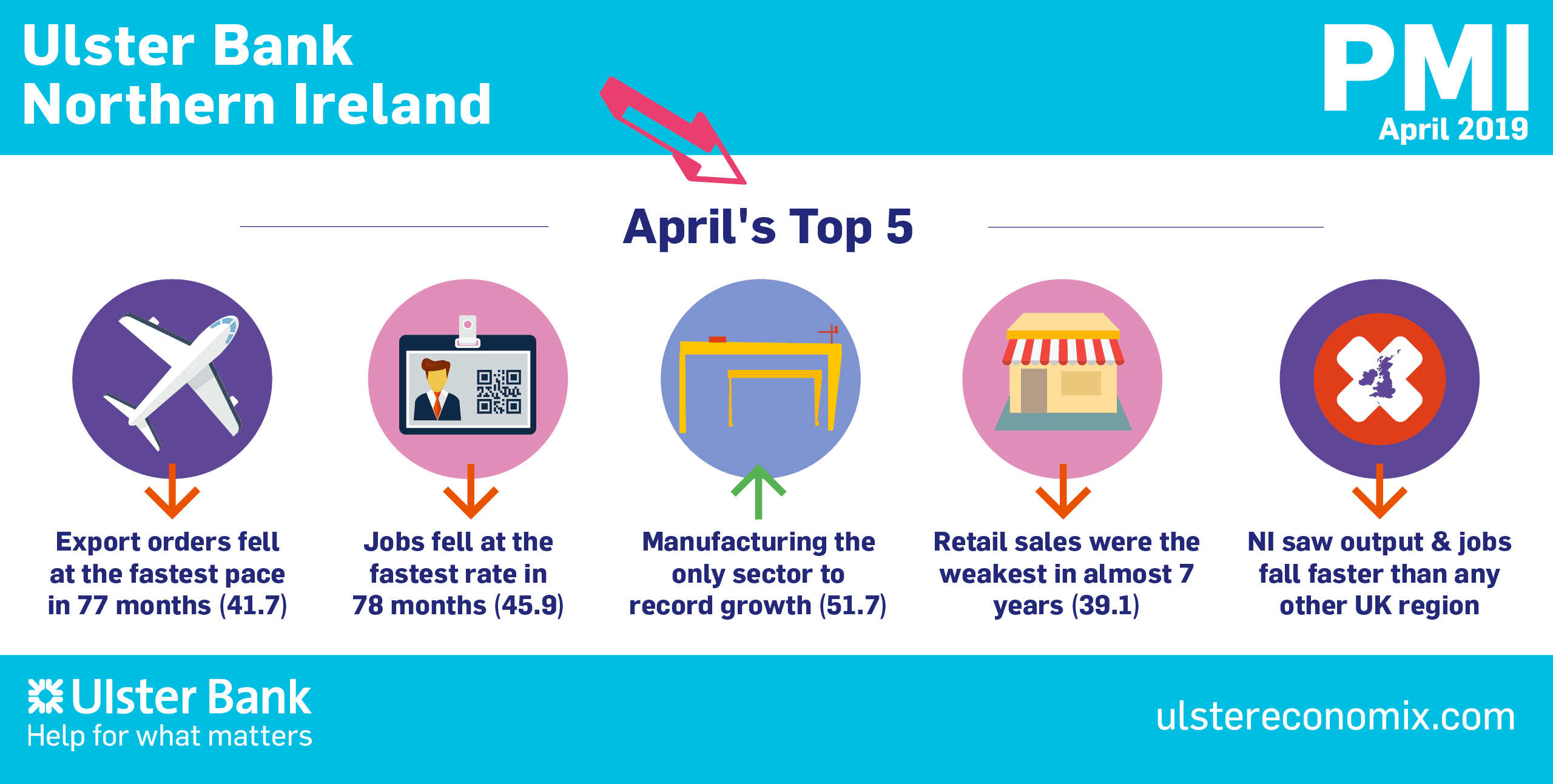