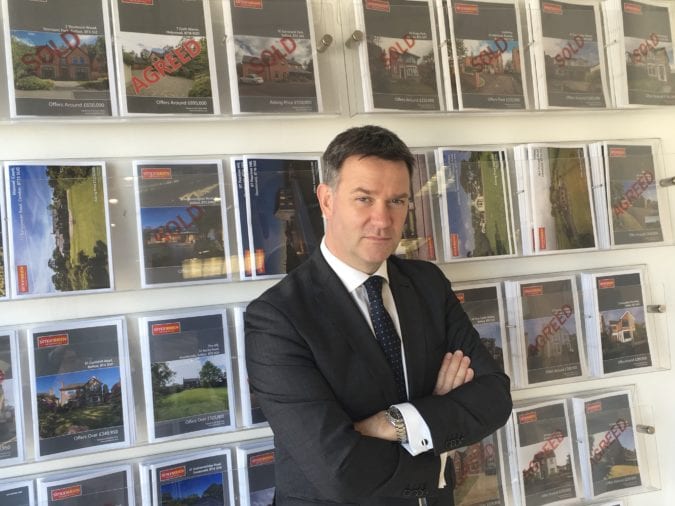 Northern Ireland’s housing market is an increasingly mixed picture, according to results of the RICS (Royal Institution of Chartered Surveyors) and Ulster Bank Northern Ireland Residential Market Survey for September.

The number of newly agreed sales over the last month recovered to a slow incline and new buyer enquiries remained in positive figures, however with instructions to sell continuing to decrease the near-term forecast is increasingly cautious.

The ongoing lack of supply has been perceived to be influencing the driving up of prices, which remain on their upward trajectory but at a slower rate than previously. Following this, surveyors have projected that in the next three months prices will take a dip and sales will further decline.

Respondents to the survey anecdotally commented on the recent resilience of the market despite looming Brexit concerns, but noted that political developments over the next few months are expected to have an impact.

As a result, the 12-month outlook is uncertain, with surveyors predicting that prices will continue to rise but based on last months activity, they are recording an expected drop in sales.

Samuel Dickey, RICS Residential Property Spokesman in Northern Ireland, said: “The strongest area of our housing market is undoubtedly new homes, which continue to perform well with strong levels of activity, particularly amongst first term buyers as the wider instructions to sell are relatively low. The mixed results are reflective of the divergence we have across Northern Ireland, with some geographical areas experiencing more positivity than others and the resale market feeling the effects of cautious would-be-sellers.”

Terry Robb, Head of Personal Banking at Ulster Bank, said: “With first time buyers continuing to be an key component of the housing market in Northern Ireland – something that is reflected in the demand for new-build properties – it is important to note the upcoming deadline for the UK government’s Help to Buy ISA at the end of November.

“This Help to Buys ISA offers first time buyers the chance to save tax-free for a deposit on their first home and to gain a further 25 percent from the government, up to a maximum of £3,000 on savings of £12,000. Fully availing of the scheme provides a potential boost to many first time buyers as well as potentially to the NI housing market as a whole.”

The main findings of the Residential Market Survey survey were