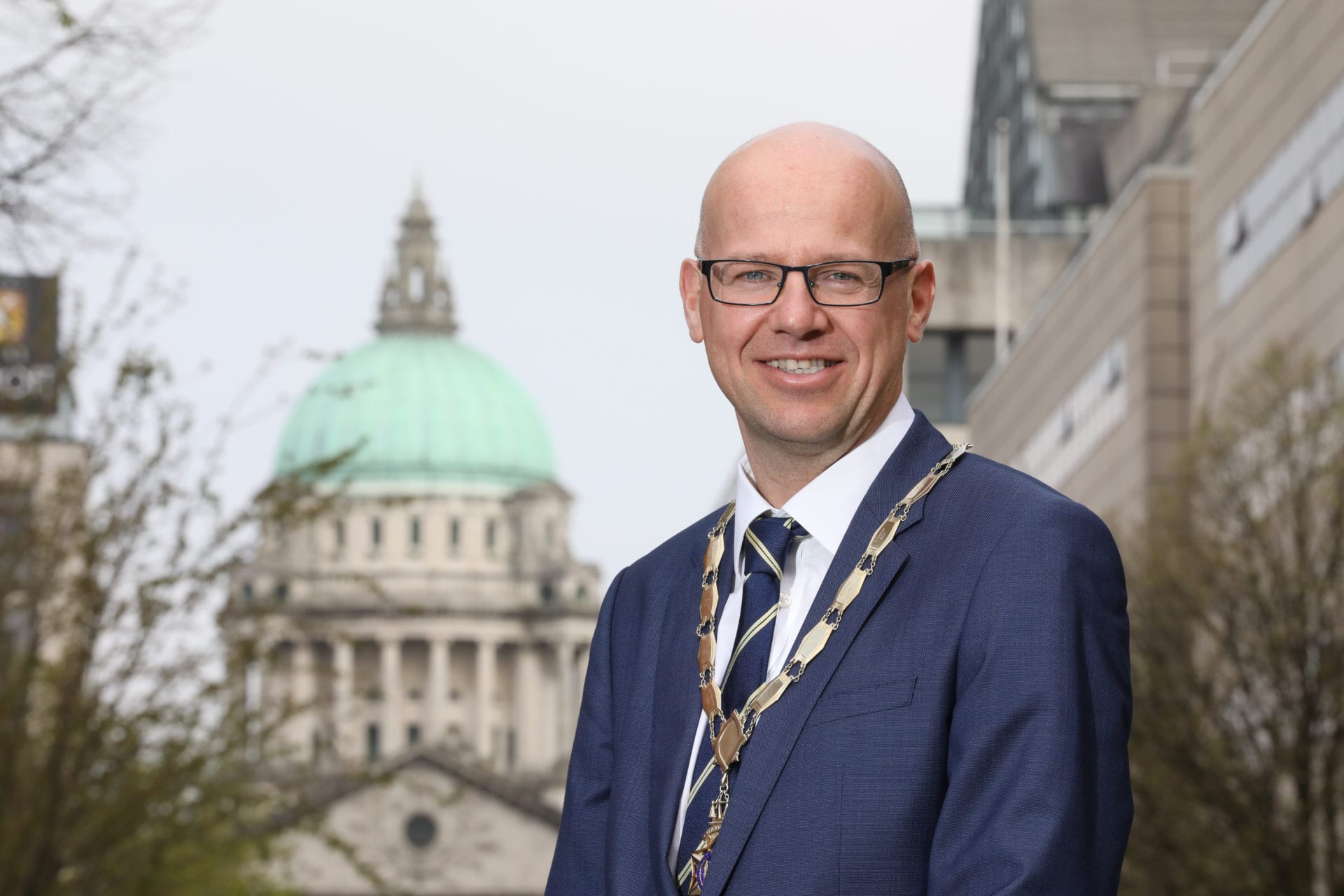 A survey of almost 400 business leaders shows that over half (56%) believe that the local economy is either contracting or stagnating, with the lack of a Stormont Assembly and Brexit being cited as major negative factors.

Chartered Accountants Ulster Society said that 93% of its members felt that the lack of a functioning devolved Northern Ireland Executive would have a negative effect on the local economy in the year ahead.

Along with political uncertainty and Brexit, cutbacks in Government spending and an increased cost of doing business were the main concerns of respondents.

The global outlook was cited as the main positive factor for the local economy, although this was not viewed as positively as in 2018.

Only 10% said that they would support the UK leaving the EU with ‘no deal’ in place. The survey showed strong support for the UK remaining part of the European Union. 48% back revoking Article 50 to stay in the EU while a further 29% back a second EU referendum.

83% of respondents said that the lack of a Stormont Executive was negatively impacting Northern Ireland’s position in Brexit negotiations.

The survey of business leaders revealed strong views about the damaging impact of the suspension of the Northern Ireland Executive.

89% of those surveyed said that the lack of an Executive was having a negative effect on business confidence. 86% said it was negatively affecting business investment intentions.

A majority of local Chartered Accountants (61%) felt that Northern Ireland could still benefit from the devolution of corporation tax powers and the ability to set a lower corporation tax rate.

It was also felt, however, that the chances of a reduced Corporation Tax rate being introduced were low. 78% said it was unlikely within the next 5 years. 60% do not believe that it will ever happen.

The survey also showed that skill shortages have become more prevalent over the last year. 48% said that their organisation was experiencing skill shortages, compared to 39% in 2018. The perceived skill shortages were higher among those from larger employers in Northern Ireland.

Over three quarters (76%) said that it will be more difficult to attract skilled workers to Northern Ireland if the UK leaves the European Union.

“Concerns about the democratic deficit in Northern Ireland and the uncertainty over Brexit have not been addressed. The longer these go on, the more difficult it is for local business to contribute to growth, jobs and a better quality of life in Northern Ireland.

“It is vital that the Northern Ireland Executive is restored as soon as possible. It is now two and a half years since its collapse and the impasse is leading to stagnation, it is affecting business investment and it is affecting the provision of public services.

“We want to send a clear message to our politicians that the lack of day to day decision making cannot go on. It is time for them to come together to create a clear vision and a stimulus package which can provide a step change not just for the local economy, but for education and healthcare provision in Northern Ireland as well.

“Our members span every sector of business life in Northern Ireland and represent a tremendous amount of expertise, experience and ability. If the political will exists and agreement can be found, we stand ready to assist in any way we can to help that vision for Northern Ireland become a reality.” 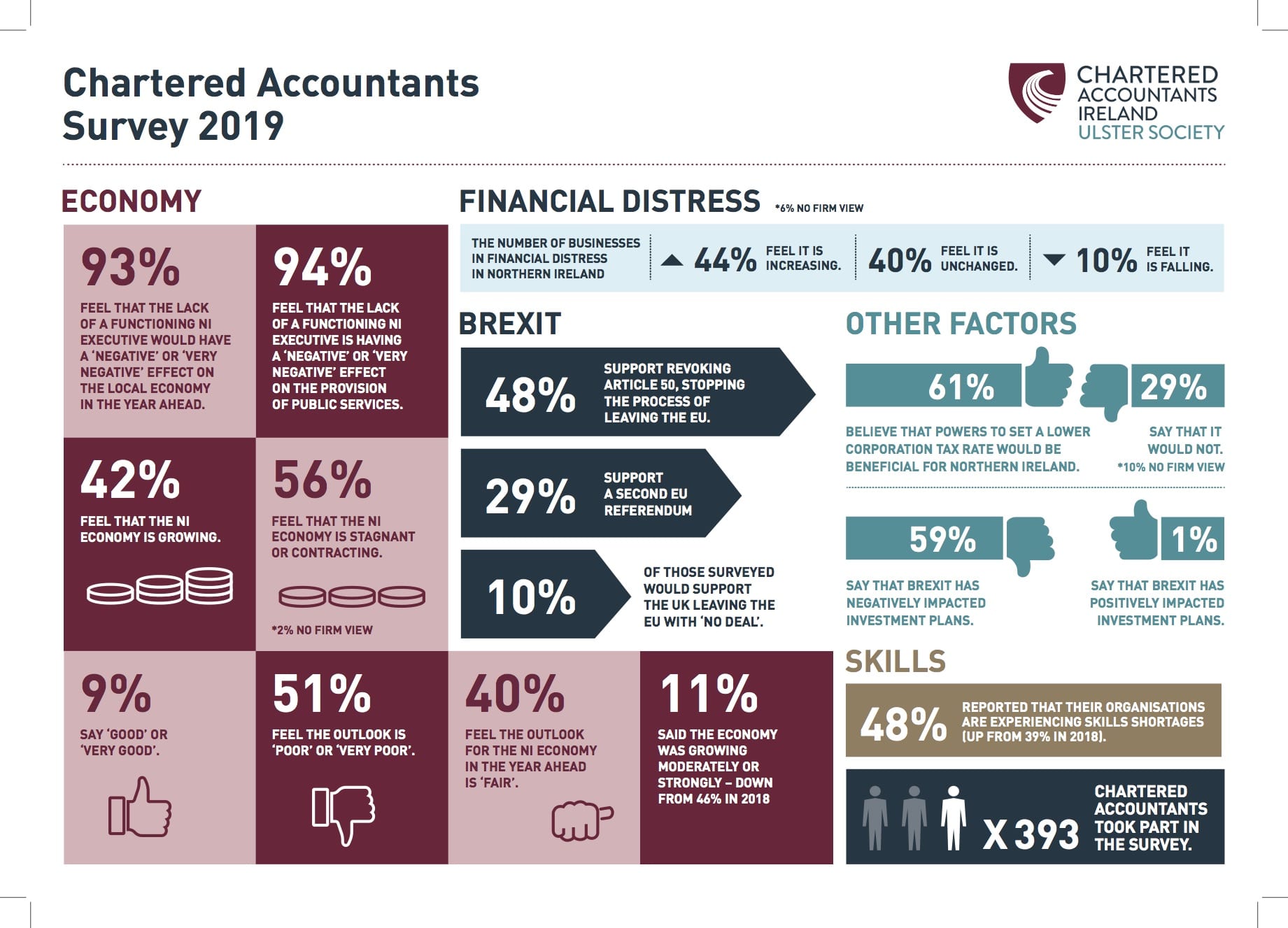 “The business community’s concerns over political instability and Brexit uncertainty are clearly articulated. There is a strong sentiment that business investment plans are being put on hold, and also that it is becoming increasingly difficult to get the right people for available positions.

“An overwhelming majority of those surveyed are reporting that the lack of a Northern Ireland Executive is hugely damaging to the local economy’s performance and profile.”

A summary of key findings: