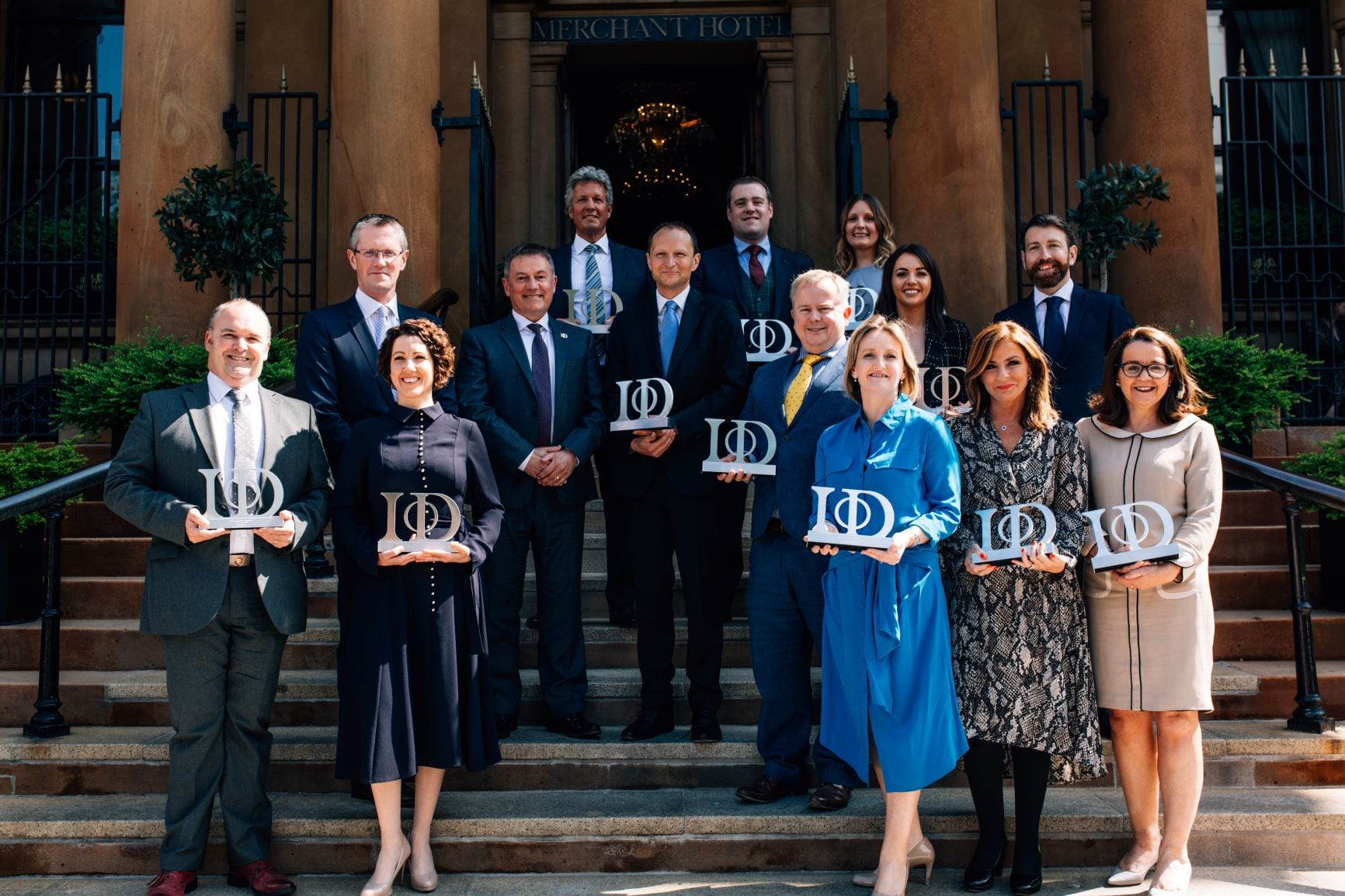 Business leaders from across Northern Ireland have been named in the shortlist of the UK-wide Institute of Directors (IoD) Director of the Year Awards.

The leaders, each of whom were among category winners at the recent IoD Northern Ireland Director of the Year Awards, sponsored by First Trust Bank, will be up for national accolades at The Brewery in the City of London this October.

They include William Barnett of W&R Barnett, who is shortlisted for the prestigious Chair’s Award, Nick Whelan of Dale Farm, candidate for large business director of the year, and Jackie Henry MBE of Deloitte who is among the finalists in the inclusivity category.

The full list of Northern Ireland-based directors in the shortlist is:

Gordon Milligan, IoD NI Chairman, said: “Leaders from Northern Ireland have enjoyed tremendous success at the national IoD Director of the Year Awards over recent years, as our region continues to punch above its weight on the grand stage.

“With an exceptionally high calibre of shortlisted directors representing organisations across the private, public, and third sectors, I have no doubt they will shine as brightly this year as ever before.

“Congratulations go to all the nominees that prove the level of management and leadership among the business community in Northern Ireland is of the very highest standard.”

Entries across the 13 categories will be evaluated by a panel of acclaimed judges including Duncan Wardle, former vice-president of innovation and creativity at Disney, Kathryn Baddeley, head of CSR at Cisco UK and Ireland, and Jacqui McKinlay, chief executive of the Centre for Public Scrutiny.

The event at The Brewery, which occupies the site of Samuel Whitbread’s historic brewhouse in the City of London will be hosted by renowned newscaster Sir Trevor McDonald.