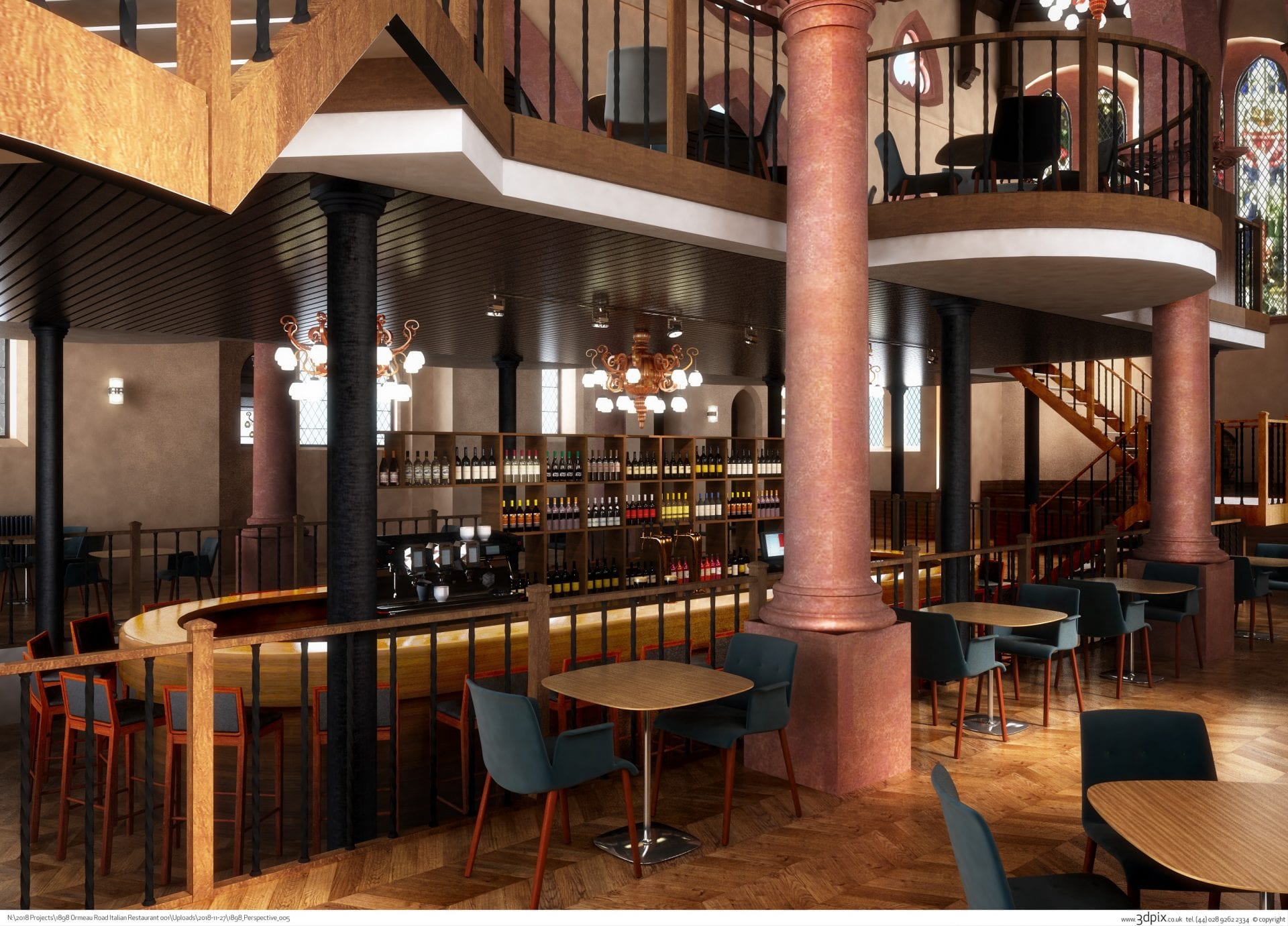 Plans for he Galgorm Collection to expand with the development of a new £8 million hotel, bar and restaurant for Belfast which will create around 100 additional jobs have been recommended for approval by planning officials at Belfast City Council.

If approved by the Planning Committee’s next sitting on Tuesday 12 March, the new development will open early next year as part of a significant new investment by the owners of the award-winning Galgorm Spa & Golf Resort.

The site is currently being carefully restored and preserved in advance of its opening in Spring 2020 to accommodate 18 bedrooms, a stunning new bar and signature restaurant which forms part of the group’s newly-named ‘Galgorm Collection’ of hotels, restaurants and bars.

The 19th century grade B1 listed building, which has lain derelict for almost 40 years since its closure in 1980, was acquired in February 2017 for this major hospitality redevelopment project. The site has also been on the building risk register for over 35 years.

Now, in its newest reincarnation, the ground floor will encompass a new kitchen & bar which has been styled on a similar group-owned venture launched at Galgorm Castle Golf Club earlier this year and which will provide a 150-seat BBQ smokehouse restaurant with wood-burning firepit as part of a new dining experience. Knox and Clayton are the architects behind the scheme.

An additional 30 jobs are also being created during construction, design and fit-out to provide for the 18 uniquely-styled bedrooms and an open-access bar and restaurant.

Galgorm Collection Managing Director, Colin Johnston, said: “We warmly welcome that our planning proposal to create a new hotel and restaurant experience on Ormeau Road has been recommended for approval and we look forward to the next stage in the planning process.

“We’ve extensively engaged with councillors, partners, residents and stakeholders to ensure that one of Belfast’s finest, historic buildings can be carefully restored to create an outstanding new and unique hotel and dining experience for the city and for Northern Ireland.

“If the plans are approved, this exciting venture will further complement our new and expanding ‘Galgorm Collection’ which comprises numerous award-winning properties which already warmly welcome thousands of local and international guests every day.

“It will also further enhance Belfast’s growing high quality hospitality offer in line with our own aspirations and that of the city while adding to the vibrancy of community life on Ormeau Road.”

Colin Johnston also said the team had listened carefully to all issues raised by residents and political representatives as part of an extended consultation phase and that steps had been taken to appropriately balance the scale of the development while keeping key elements included.

Separately, additional off-street parking of up to 20 spaces have also been secured as part of the application following representations made by local residents during the consultation phase, the company confirmed.

In addition, it said it was committed to ensuring the entire site will be a non-smoking area and that following the consultation, all issues raised around delivery times would be addressed and respected as part of new noise management arrangements.

The entire site will also be fully landscaped and enhanced, providing comprehensive access.

Last month, the Galgorm Collection, previously known as Tullymore House, confirmed that it was adding the 24-bedroom Templeton Hotel in Templepatrick to its hospitality portfolio as part of a £7 million investment. And last year, it acquired the bar and restaurant at Galgorm Castle Golf Club, reopening the facility a few months later following a major refurbishment as the Castle Kitchen & Bar.

Galgorm Spa & Golf Resort, which has benefited from a multi-million-pound investment programme over the last decade, has just been awarded Global Luxury Spa Hotel of the Year 2018 at the World Luxury Hotel Awards and also won two major awards at the World Luxury Spa & Restaurant Awards 2018, while also hosting the event – the first time it had been held in the UK or Ireland.

This latest venture on Ormeau Road will bring the group’s total staff count to more than 1000.