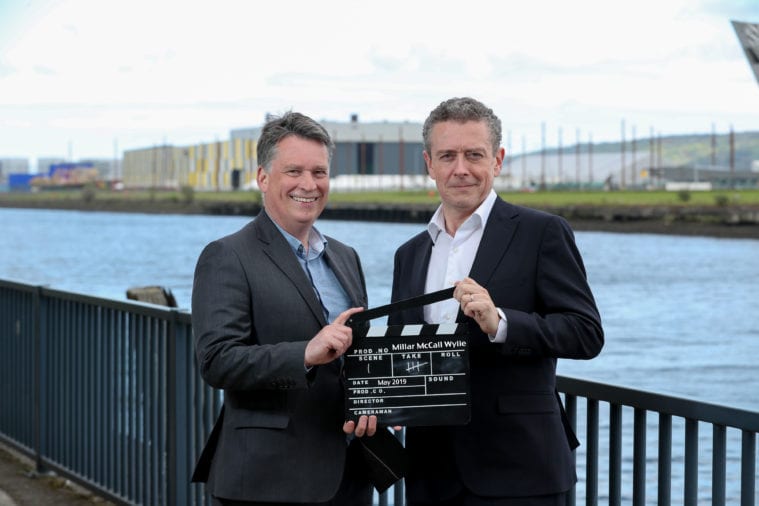 Northern Ireland Law Firm of the Year, Millar McCall Wylie, has bolstered its media and entertainment team following significant growth in its client base.

The leading full-service law firm is strengthening its media presence and today announced it has retained the legal services contract for Northern Ireland Screen following a competitive tender process; marking a total of 18 years working with the internationally renowned national screen agency.

Millar McCall Wylie, which has two offices in Belfast, has served as legal advisors on over 1,200 television, film and new media productions produced by independent filmmakers and major studios, networks and content providers with total budgets in excess of £2 billion. This includes acting in relation to the financing of the global TV series Game of Thrones and Line of Duty together with film and TV projects for Netflix, HBO, ESPN, Microsoft/Xbox Studios and BBC amongst many others.

The practice has created a dedicated media and entertainment team designed to drive continued expansion, led by Partners Damian McParland and Abbie Long. Damian said: “We have been growing our services in the film, TV and media industry for nearly two decades alongside the growth of the film and television industry in Northern Ireland, which continues to go from strength to strength. Many call it the most successful screen industry in the UK and Ireland outside London. With the calibre of experience in our team alongside our growing reputation, this is a sector with tremendous potential.

“As this expansion continues, companies from the very largest studios to local creative partnerships are turning to us for specialist expertise through all stages of the production process. From low-budget to multi-million-pound productions, we can advise at every step, from film and television production financing, development, production to rights acquisition. The magic of our creative industries is grounded on sound professional advice in what can be a complex and fast-moving area of law. We also work for the burgeoning music, theatre, and games development sectors in Northern Ireland, including protecting intellectual property.”

McParland added: “The entertainment, media and digital landscape is changing at a rapid pace with increasing investment in original content.  This is an exciting time for Northern Ireland and we really enjoy helping creators, producers, musicians, artists, financiers and distributors bring their projects to life and to new audiences.”

Millar McCall Wylie was recently crowned Northern Ireland Law Firm of the Year at the prestigious Legal 500 awards ceremony in the Guildhall, London.  Continued growth has enabled the firm to build its reputation both nationally and internationally, delivering legal services across an extensive range of practice areas. The company is also a member of one of the world’s leading global legal networks, Multilaw.

Additionally, Millar McCall Wylie has been recognised as a leading firm by legal directory Chambers UK in Media & Entertainment as well as in other key areas such as Corporate/M&A, Litigation & Dispute Resolution, Real Estate, Employment, Family & Matrimonial and Private Client.  The firm is consistently ranked in the top five NI corporate law firms in the Experian Rankings.

The homegrown law firm’s growth over the last two decades has been driven by its firm focus on people and is currently recruiting to fuel its continued development in 2019.