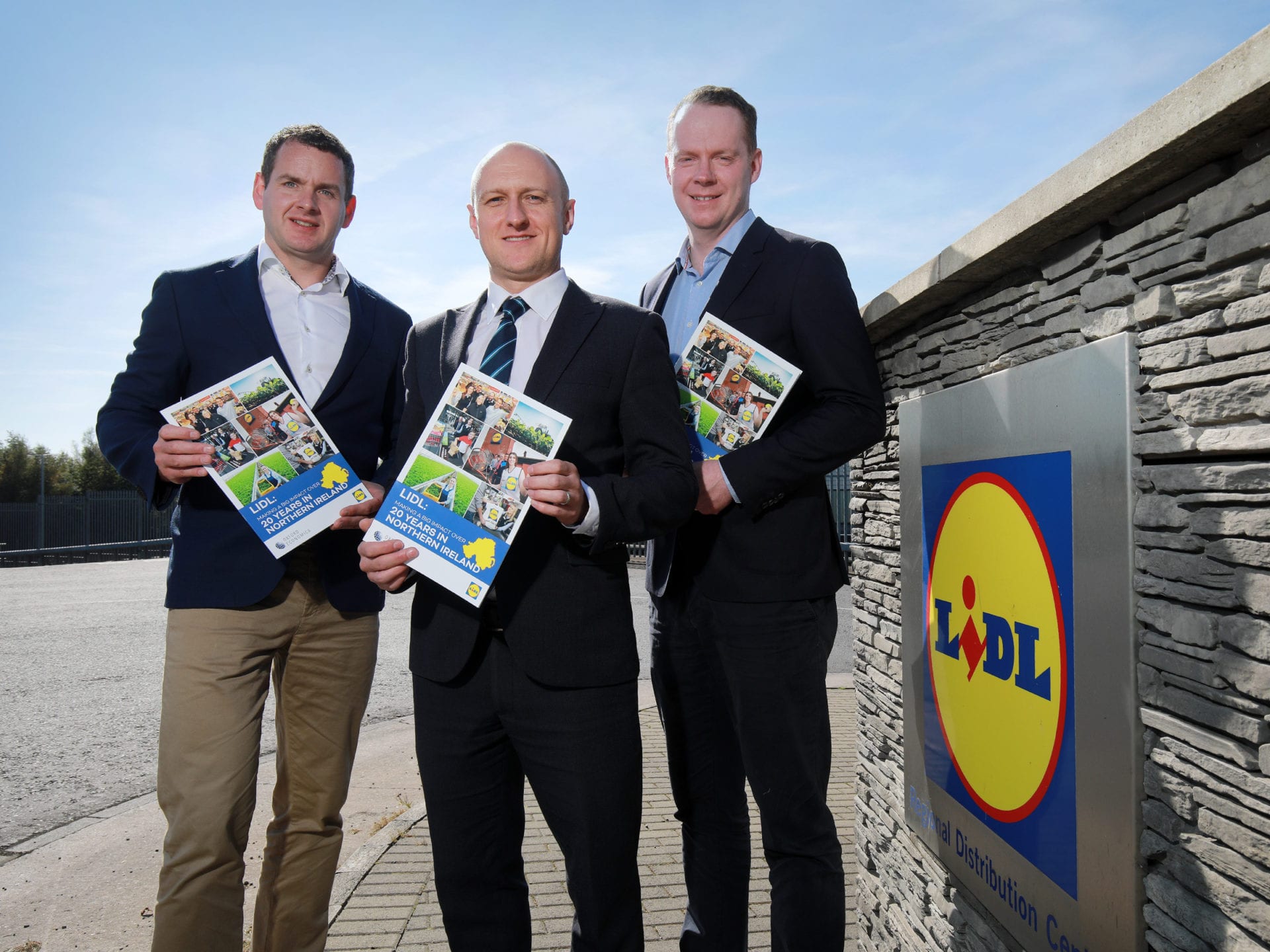 Lidl Northern Ireland contributes almost £180 million to the local economy every year and sustains around 3,500 jobs according to results of an independent report specially commissioned by the region’s fastest-growing supermarket. 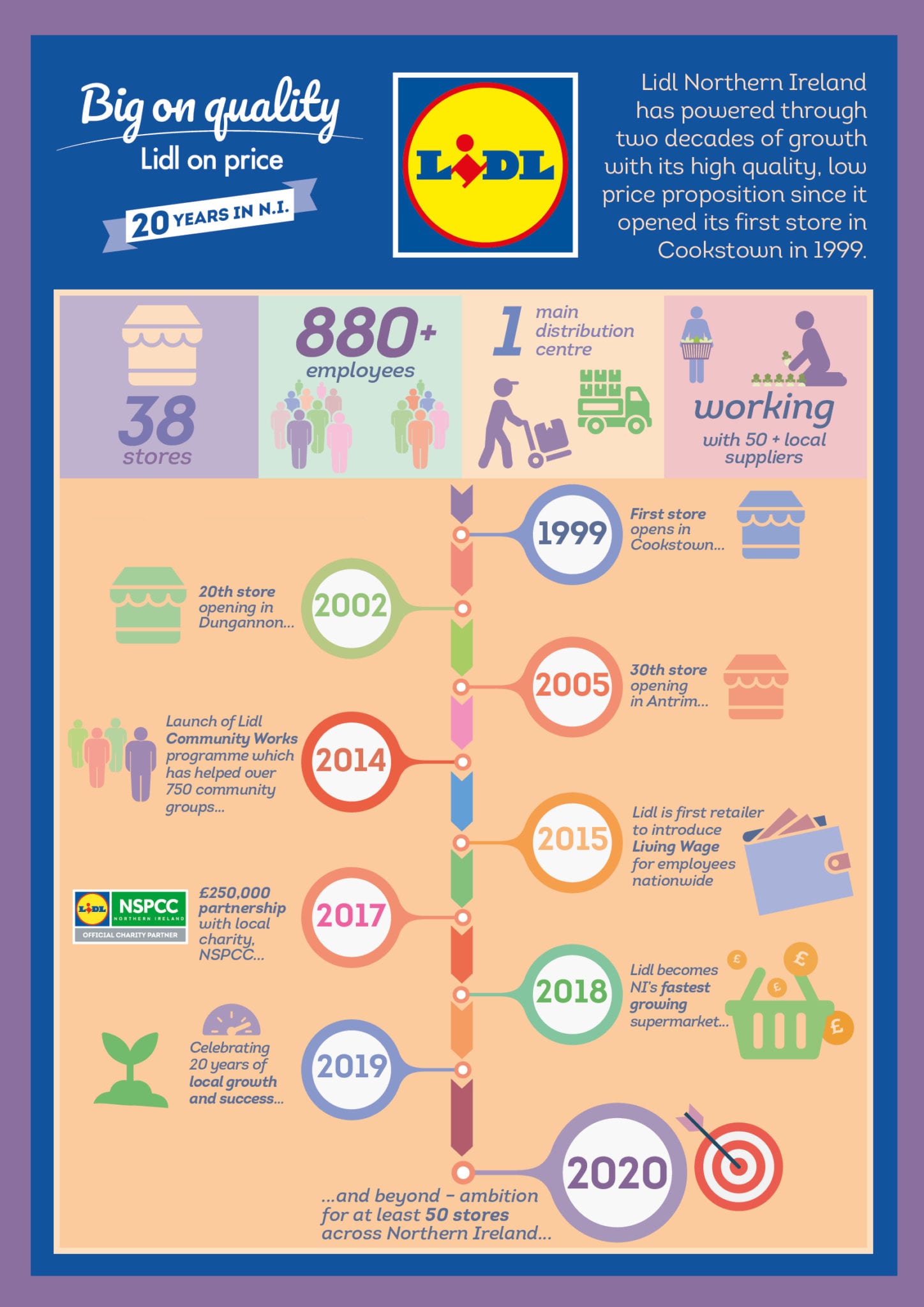 With 38 stores and more than 880 employees, Lidl Northern Ireland has powered through two decades of growth with its high quality, low price proposition since it opened its first store in Cookstown in 1999. Marking its 20th anniversary this year, the company commissioned Oxford Economics to directly examine its growing impact and capture its value to the local economy. 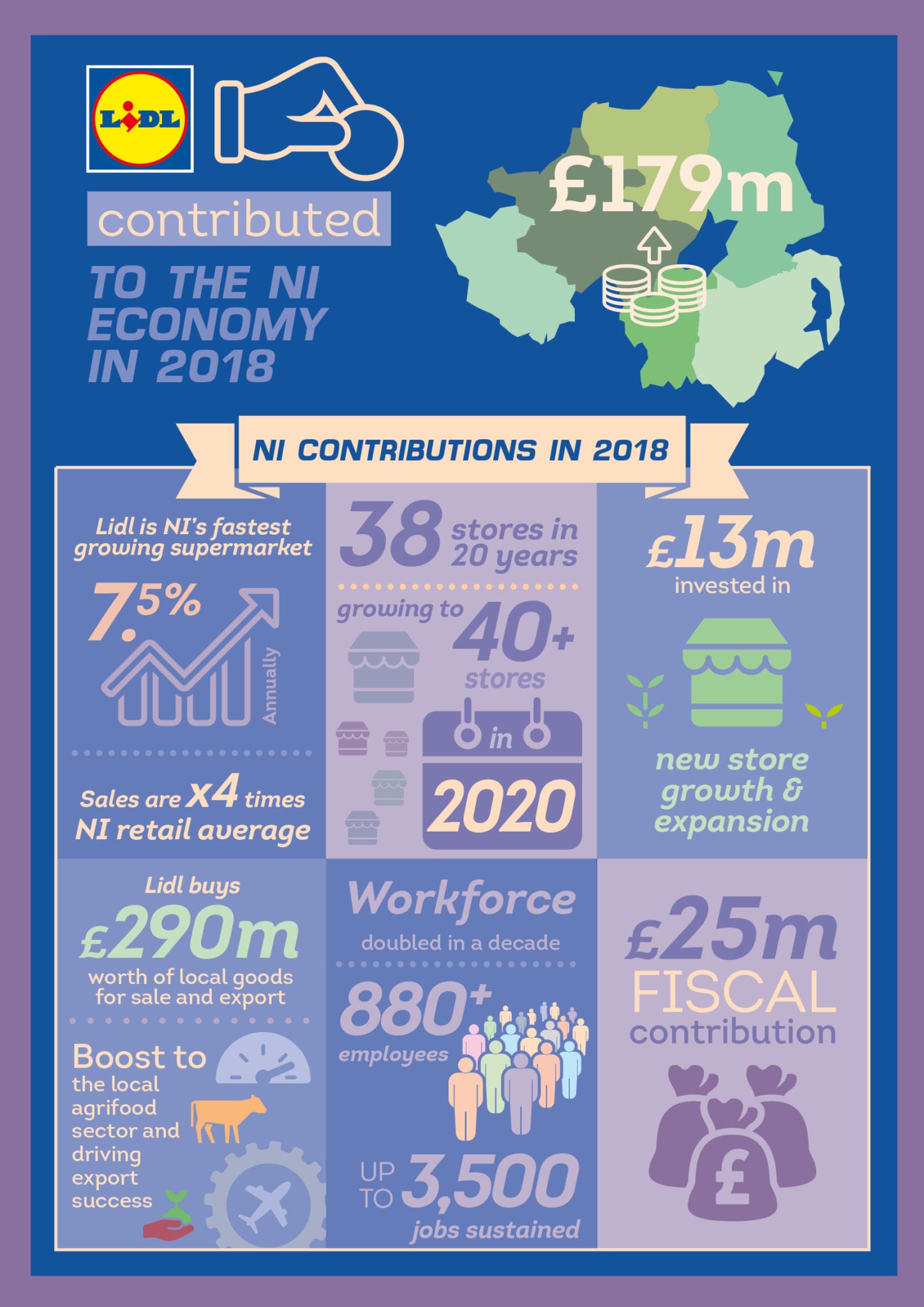 In addition to £179 million generated within the region from the retailer’s local operations, last year Lidl Northern Ireland also procured more than £290 million of goods, the majority of which was sold to stores outside the region, boosting exports and its support for the local agri-food sector, the analysis by Oxford Economics confirmed.

In 2018, Lidl Northern Ireland was responsible for sustaining an estimated 3,500 local jobs through its combined store-based activity, local purchasing power and direct consumer spend. Reflecting its strong growth, its store turnover has also been growing at a record 7.5 percent annually since 2008 and at a rate more than four times greater than the annual NI retail average.

Almost a third of Lidl’s NI turnover was generated within the Belfast and the Armagh City, Banbridge and Craigavon districts – the two largest council areas by population.

J.P. Scally, Managing Director at Lidl Ireland and Northern Ireland said: “With 38 stores and over 300,000 weekly customers, our commitment to deliver high quality locally-produced products at market-leading prices has helped to drive our phenomenal growth for two decades and we’re proud of the deep local relationships with our suppliers and staff which we have established in this time.” 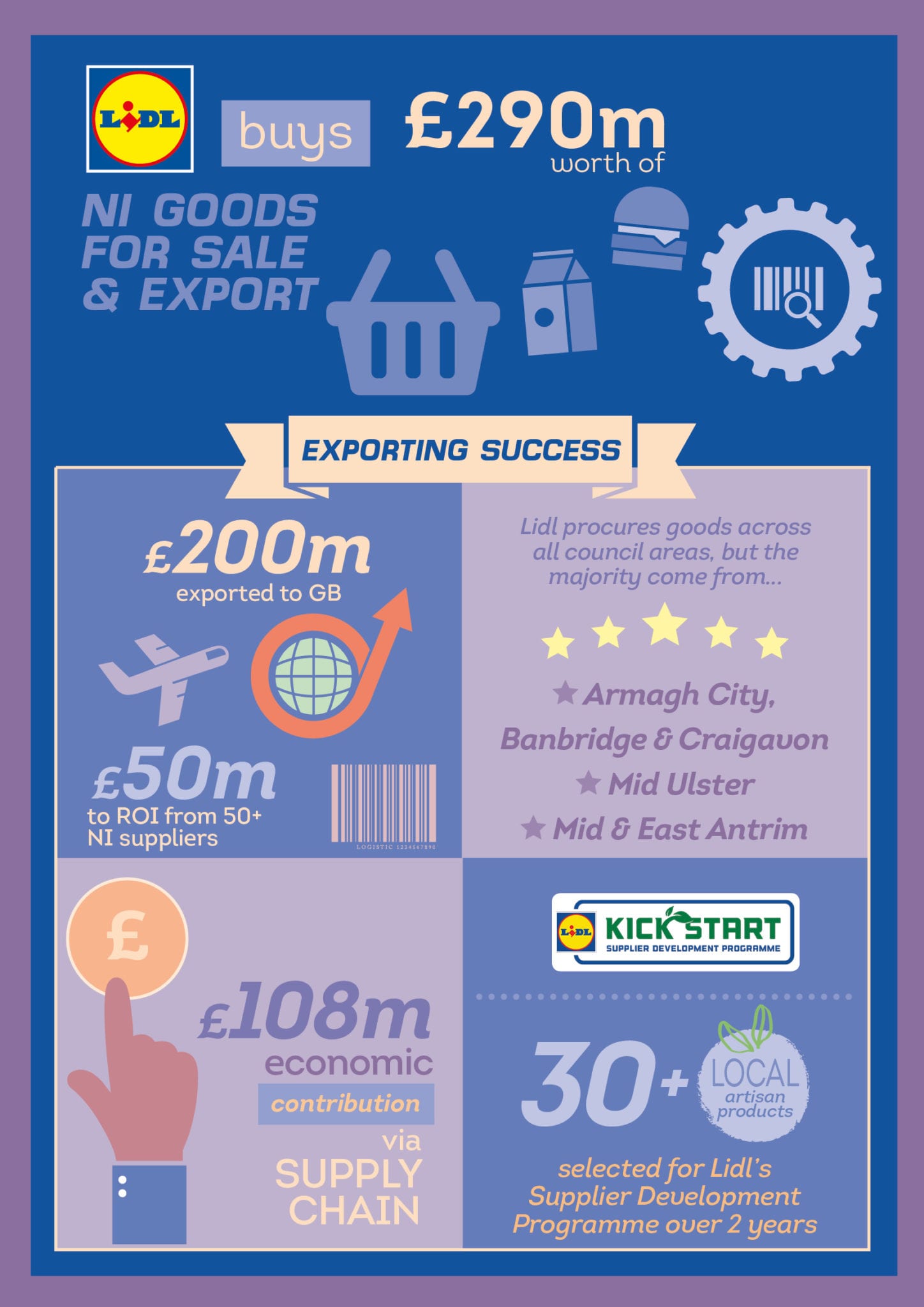 To support its expansion and new store programme, Lidl Northern Ireland has also invested around £8 million every year since 2008 – last year, that figure was almost £13 million.

The report confirmed that the Armagh, Banbridge and Craigavon area, Mid Ulster, Mid and East Antrim and Fermanagh benefited most from Lidl’s agri-food procurement spend – of the £290 million worth of goods purchased in 2018, around £200 million were sold in Great Britain, while almost £49 million went to stores in the Republic of Ireland. 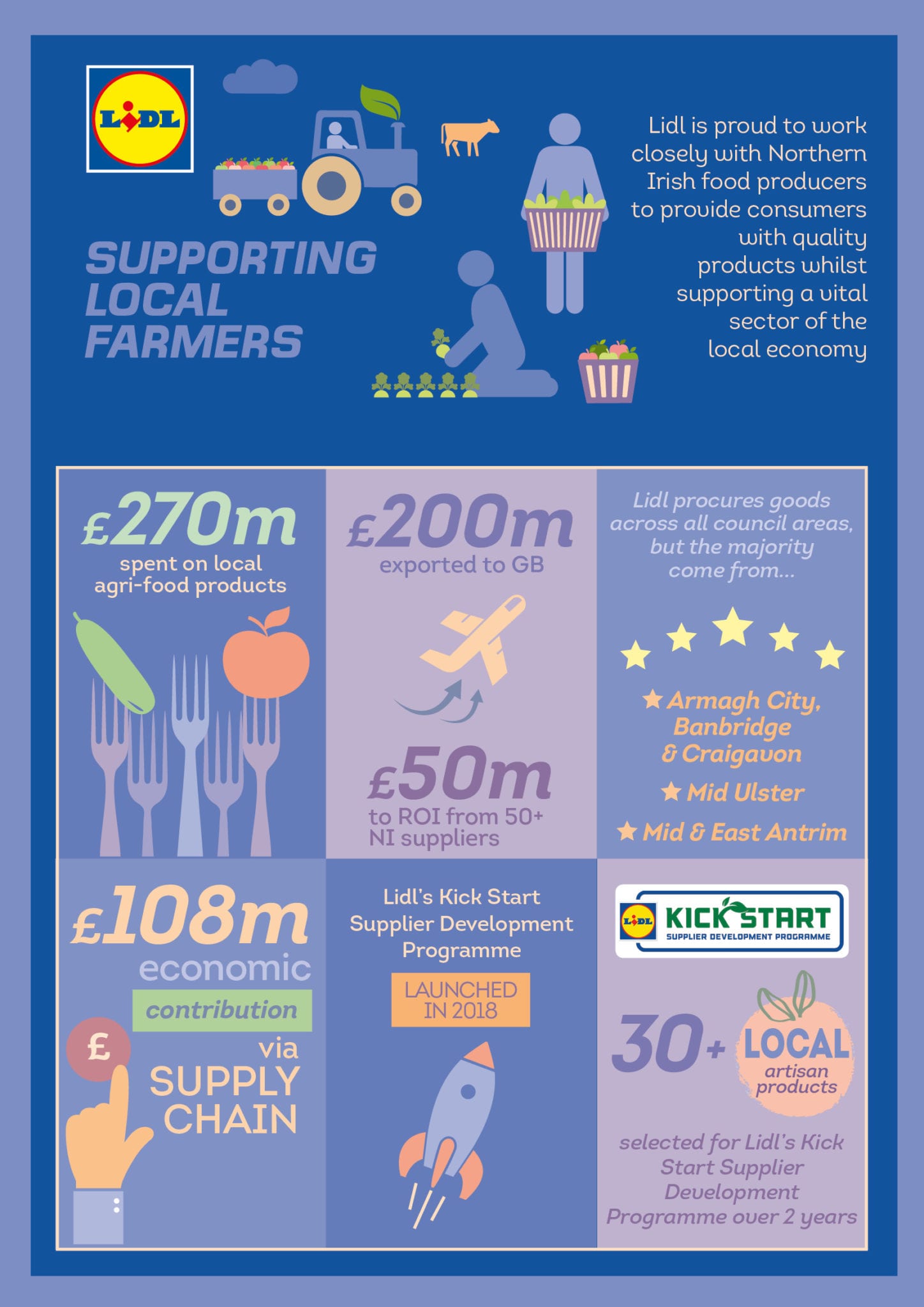 Last month, Lidl Northern Ireland launched the second year of its ‘Kick Start’ Supplier Development Programme, which helps small and medium-sized suppliers to grow their brand and build their supply network. Since its inception, the programme has showcased more than 33 home-produced products which have gone on sale in 200 stores across the island of Ireland. 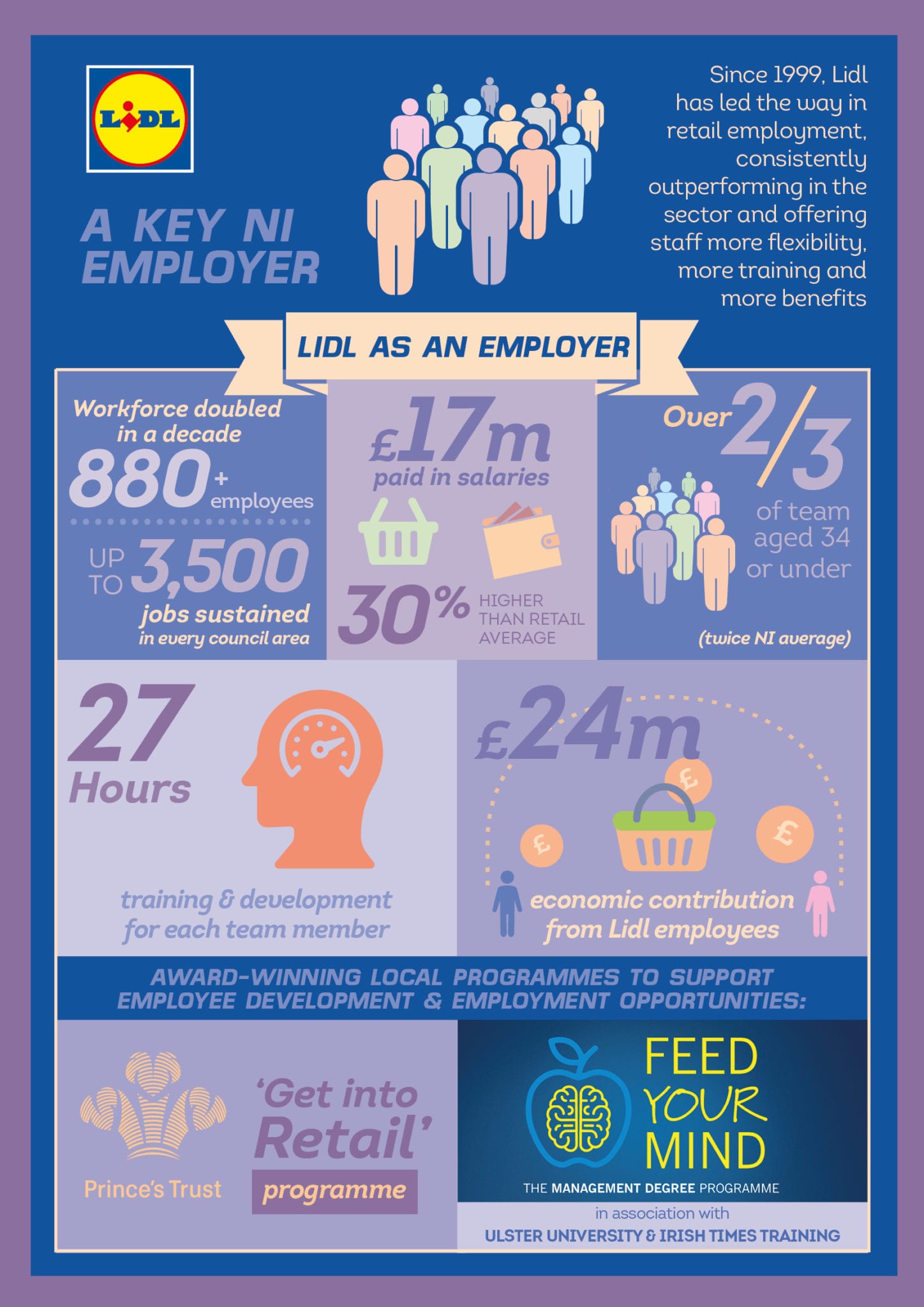