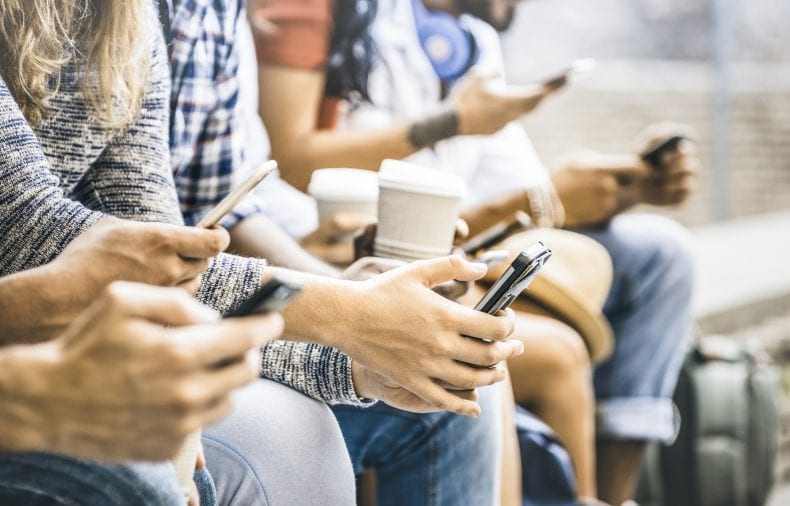 Job hunting is changing dramatically as people become more tech savvy, according to a new survey released by NIJobs.com.

Applying for a job in the past was a long drawn out process with masses of paperwork. Now, thanks to the latest smartphone technology, jobseekers are planning career moves and researching future employers at the touch of a button using their mobile phone.

An NIJobs.com survey analysed data from over 1700 people and focused on key areas including; how people are accessing job opportunities and the factors that encourage people to move to a new role.

Those taking part revealed that 79% are currently job hunting using smartphone technology. In 2014 28% of people looked for their next job using their mobile, in 2018 that figure had more than doubled to 57% – an increase of 115%. Commenting on the survey, Sam McIlveen, General Manager at NIJobs.com said: “People want the latest jobs at their fingertips.  They expect applying for a job to be as quick as shopping online or booking flights for a holiday. Today’s jobseekers demand a simple and frictionless job hunting experience. If something isn’t working for them then they will go elsewhere.

“It’s no surprise that almost 60% of our respondents told us they preferred to apply for jobs using a CV. Online application forms and mobile devices do not work well together. Think about this question; ‘In 500 words or less, tell us why you want to work with us?’ Now imagine a candidate trying to answer that on a mobile phone on their train or bus commute. Our data reveals that each additional question in an online application process can result in a drop off rate as high as 80%.”

“As NI’s leading online recruiter, we anticipated this shift in jobseeker behaviour and invested significantly in our technology. We have a sizeable and experienced IT team who are responsible for building onsite tools and products which deliver a smooth and seamless job hunt for our users. From personalisation to superior job matching to our instant job alerts, we make it easier and quicker for people to find their next opportunity.”

The survey also noted growing trends around social media. In this digital age, it is clear that channels such as Facebook, LinkedIn, Twitter, Instagram and even Snapchat are being used actively by jobseekers on a daily basis. NIJobs.com utilises social media through a number of partnerships with leading media organisations to help users apply for jobs effortlessly at the click of a button.

“In the past, it was often common practise for employers to research potential candidates and review their online profiles and activity. The tables have turned somewhat and, before they apply for a job, candidates will spend a larger portion of their time on social media researching employers.  The competition in the NI job market for candidates with in demand skills such as IT is ferocious right now.  It is important that employers are conscious of their recruitment brand and actively manage social media interactions and their general presence online.

“A business will be in a much stronger position to attract the right talent if they are actively working to produce a strong ‘employer brand’ that provides a good insight into all aspects of the company- from current projects to CSR to work culture. It can be the difference between a talented candidate applying for a job with your company rather than a job with one of your rivals.”

Sixty three percent of those involved in the survey are in full time employment, which is a positive reflection of the labour market. Although, looking to the year ahead and beyond, less than one in five believe it will be easier to find a job- this could reflect the current uncertainty surrounding Brexit.

Those considering a career move indicate that career progression and salary are the primary motivators alongside other factors such as benefits and location. The survey also specified that there is a decrease (23%) in those actively looking for employment. Around 50% are passively job hunting, meaning they would move if the right role came along.

Sam adds: “A number of factors could contribute to people staying in their current roles. With a competitive marketplace, applicants can be more selective, whilst employers are working hard to retain their existing staff.  This means companies really need to sell themselves as an attractive employer to entice talent as opposed to merely listing a vacancy.

“The job market in Northern Ireland is certainly more competitive, especially in growing sectors.  Our most recent Job Report found that the number of jobs available were up 15% year on year with industries such as IT, Construction and Science all hiring heavily.

“However, the current political uncertainty in Northern Ireland coupled with the challenges surrounding the play out of Brexit may also be playing a role and explain why people are that little bit more cautious when considering their next career move. Despite ongoing uncertainty within the marketplace, companies must continue to invest in how they are recruiting suitable candidates in order to benefit businesses in the long-term.”