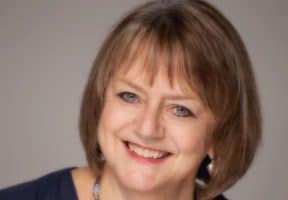 What’s your concept of being a leader? You can’t just be one of the gang – it all works fine until something goes wrong or you have to enforce a difficult policy. But what’s the alternative? How do you find your own effective leadership style?

Kate Mercer, co-founder of Leaders Lab and author of ‘A Buzz in the Building’ believes many of us find it all too easy to flip completely to the opposite extreme and become a kind of autocratic figure, based on your earliest assumptions of what a boss should be.

One of Kate’s coaching client’s, Callum,  was a successful sales representative with a large multinational medical equipment company. His commitment to helping people and saving lives drove his passion for the company’s products, and he was very successful, creating strong, lasting relationships with his clients.

This made it all the more startling when, promoted to regional sales manager, Callum adopted a style of leadership at best described as remote, only emerging when something went wrong, to deliver reprimands and orders. Within six months his very mature and experienced team was in uproar, demotivated and angry, and results had plummeted.

During coaching sessions, Kate and Callum explored why this gentle, committed and personable man had turned into Attila the Hun. They discovered that this was his picture of what a manager ‘should’ be, based on his early experience in sales. However, although he now understood this, Callum still struggled to find an alternative place to come from in managing his team. So, Kate suggested exploring the concept of Partnership…

The essence of partnership at work is when you come to work with your focus on the others around you: how can you make them successful? How do you ensure that they deliver what’s needed first time, with the minimum of fuss, conflict and hassle? Not because it will make your life easier (though it will) but because it’s one of your values, the right thing to do.

Callum was a good example of someone whose mindset became skewed by an unexpected limiting belief, in this case about leadership and management, which temporarily made it impossible for him to use his relationship-building and people skills. This belief had cut in unexpectedly only when he was promoted quite late in his career – a hazard to watch for in your development as a leader.

So what is Kate’s advice?

The importance of your mindset

Having good communication skills is not enough on its own to ensure that people respond well to you. The thing that makes the difference in getting others on your side and sparking their enthusiasm and motivation is your attitude to them.

Others will see through you if you are not coming from what’s best for them and the organisation. Explore honestly your attitude towards leading others; are you motivated by ego and self-interest, or by a genuine wish to lead a healthy organisation in which people thrive?

Imagine what it’s like working in a team, a department or a whole organisation where partnership forms one of the core values, and where everybody behaves accordingly. Unfortunately, organisations aren’t mostly set up this way – people are managed as individuals, with individual targets, in competition with each other.

But it really is possible to have a workplace like this – if you set it up so that that’s the favoured behaviour, supported by reward systems based not on individuals, but on teams. Consciously guide your organisation this way, involve your team in inventing creative ways to work together and build reward and remuneration structures that support working in partnership, not against each other.