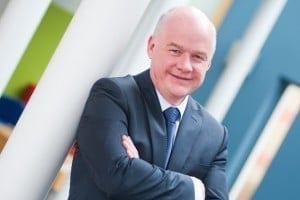 Women have made significant progress in the past but this time it is different, as the drivers represent fundamental, structural and irreversible shifts in jobs, in the economy, and within society.

The recession has caused the loss of jobs, as technology and the Internet influence the nature of work and the effectiveness of traditional business models. But men have been more adversely affected than women.

The changes have caused many traditional middle-level jobs to disappear and in their place are greater numbers of high-level, well-paid jobs and low-level, poorly-paid jobs.

One of the interesting things about the changes is that men and women react differently; men find it more difficult to adjust while women more easily move into both higher and lower-paid jobs.

The new economy demands a new type and range of skills and women, more than men, are ready to adapt, willing to change and able to succeed.

Men will continue to find the new environment difficult, play a less influential role in many traditionally male dominated areas, and struggle to compete with women.

The level of change will increase and the pace of change will quicken, as women and men make sense of what it means for them separately and together.

SO, it has taken a long time to reach this point but women are starting to take charge and will continue to do so.