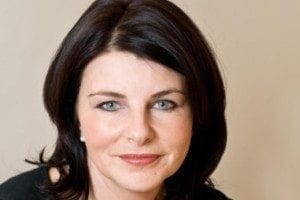 The Londonderry Chamber of Commerce has strongly welcomed the announcement by Shadow Secretary of State for Northern Ireland Ivan Lewis that he is to set up a Commission on the Northern Ireland Economy, to be co-chaired by Professor Deirdre Heenan.

Sinead McLaughlin, chief executive of the Chamber, said: “The Londonderry Chamber of Commerce congratulates the Labour Party and Ivan Lewis on setting-up a commission into the economy of the Northern Ireland.

It is potentially excellent news for Derry that Deirdre Heenan is to be the co-chair, given her extensive knowledge of the economic difficulties faced by the North West and her understanding of how the expansion of higher education provision can play a strong part in turning around Derry’s unwanted status as the unemployment capital of the United Kingdom.

“The Chamber will make a submission to the commission.  We want not just a stronger Northern Ireland economy, but also a more balanced regional and sub-regional economy.  The United Kingdom must recognise its responsibilities for improving the economic well-being of the whole of Northern Ireland, including the North West.

“We have a massive infrastructure weakness within the North West.  This is a legacy from a period in which we had direct rule government.  Given the nature of that legacy, it is essential and appropriate that central government in London recognises its responsibility to improve that infrastructure.

“It had always been our expectation that this would be addressed as part of the ‘peace benefit’ that was supposed to follow from the Good Friday Agreement, but which never arrived – in part because of the global financial crash.

“The Chamber of Commerce is looking for a range of commitments to improve the economy of Northern Ireland and that of the North West.  We believe that it is important that the corporate tax rate of Northern Ireland is set at an equivalent or better rate to that of the Irish Republic.  We also want more flexibility in the setting of taxes and business rates, to assist struggling and smaller businesses.

“It is essential that we have improved infrastructure.  The roads from Derry to both Belfast and Dublin are in desperate need for major upgrading.  Central government in London – supported, perhaps, by the European Investment Bank – should play a major role in enabling these schemes to be accelerated and funded.

“Northern Ireland can only compete globally if we have a strong skills base.  Yet we have the UK’s smallest higher education sector.  Consequently we need a substantial expansion of university provision in Northern Ireland to enable our businesses to compete.  Much, or all, of that expansion should take place in the North West to enable our very weak economy to become strong.

“But we also need improvements in the rest of our skills infrastructure.  That means there must also be additional measures adopted to address weakness in basic skills among many of our school leavers, young adults and mature adults who are inside and outside the workforce.

“Taken together, these are big demands.  But we have to be honest – Northern Ireland’s economy is weaker than most of the rest of the UK and so we need more substantial measures to turn this situation around.  We hope that the Labour Party will recognise the scale of interventions that are needed – which go beyond the powers and finances available to Stormont.”