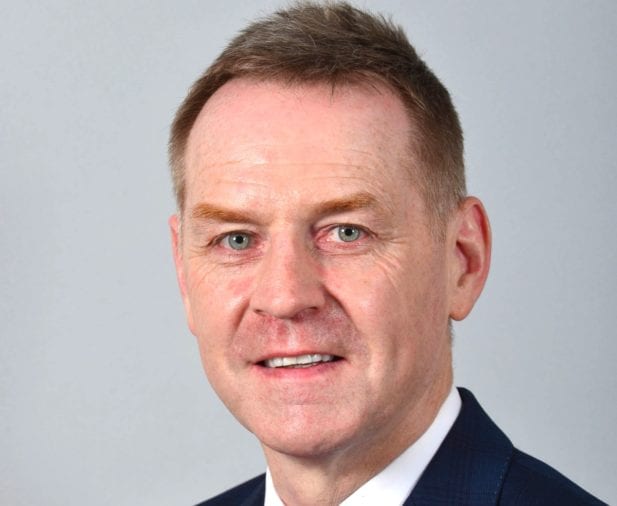 Nigel Birney, Head of Trade Credit at Willis Towers Watson, has warned that the spike in Credit Insurance claims is a reflection of challenges facing Northern Ireland companies as the number of business insolvencies increase at an extremely worrying rate.

Against the backdrop of Brexit and the continuing limbo unlikely to offer any significant respite from the pressures weighing on the local economy, the trading environment in Northern Ireland continues to face challenging times, particularly in the Construction, Retail, Food and Recruitment sectors.

However, in many cases, claims payments from Trade Credit Insurers have offered a lifeline to hundreds of NI businesses, with pay outs in 2018 at significant levels.

Nigel Birney, Head of Trade Credit at Willis Towers Watson said: “The increase in claims is a barometer of what is happening in the wider local economy and unfortunately it doesn’t bode well.”

“We are now at a 10 year high in terms of pay outs which is a clear indication of what is going on. In 2018 we estimate that around £8million in claims was paid to Northern Ireland companies as a result of the failure of one of their customers and unfortunately the trend has continued into Q1 2019 with the failure of a number of high profile local companies.”

“For a business to thrive, risk mitigation is key and protection against non-payment is arguably more vital now than ever before. NI businesses are increasingly turning to Trade Credit Insurance to build that protection around them as well as leveraging the resources of the Trade Credit industry to access critical business intelligence to help make informed business decisions, recognising that avoiding a risk is as important as protecting against it.”

“Our market intelligence informs us that many companies out there are feeling enormous strain on cashflow and that the average Days Sales Outstanding (DSO) is starting to creep up which is bringing many to the brink of failure, particularly in the construction and retail sectors, however all sectors are suffering and this view was validated in a recent press article by leading Insolvency Practitioner Begbies Traynor who have suggested that around 7000 businesses in Northern Ireland are in financial distress.”

“This is starting to manifest itself in the revision of economic forecasts such as that announced by Danske Bank just a couple of weeks ago who trimmed down their growth outlook for 2019 by some 0.2%.”

He added: “However, on the flip side, the increase in the number of claims also indicates that an increasing number of more risk aware local businesses use Trade Credit Insurance to complement their own internal credit control procedures and protect themselves against trade debtors defaulting in payment, which in many cases has saved their companies from that catastrophic failure experienced by others.”

Leading insurer Atradius has confirmed that the number of recent claims being made in respect of Northern Irish businesses defaulting or failing has increased significantly representing the highest volume of claims received in a decade. They also state that there has been a 50% year on year jump with increased incidences of high value claims, those above £90k, in 2018.

Tony Gordon, Head of Risk Services at Atradius Ireland said: “The trading environment for business in Northern Ireland continues to be challenging. 2018 was a tough year for businesses and for the economy and the figures for Q1 2019 are showing no degree of comfort that a recovery is imminent with upward trend in claims volumes continuing.”

“Headline news often pinpoints key sectors such as construction and also foods and agriculture, but in reality, the challenges impact across all sectors. The key is to have access to up to date information and as underwriters it is vital for us to work closely with businesses, constantly monitoring changes and impacts. It has always been important to us to get out and meet businesses face to face and in today’s climate these regular touch points are more valuable than ever.”

“Credit managers already know that success hinges on keeping supply lines open and the flow of information to enable informed decisions is a critical factor. Our constant monitoring and access to real-time information enables Atradius to maintain our risk appetite, even during challenging cycles. Despite the current climate, we are continuing to support in excess of £1bn of trade in NI enabling our customers to continue to grow their businesses.”